The past six months have whirled by like a fever dream – a whole series of surreal and nightmarish events which have somehow happened in no time at all.

It was exactly 26 weird weeks ago – on 23 March 2020 – that Boris Johnson announced that the nation was in lockdown, ushering in the most draconian restrictions on ordinary life since the Second World War.

Many of us told ourselves, and each other, that the worst would be over in a month or two. The economy would get fired up again over the summer, and we could all start picking up the pieces in our own lives. For all kinds of reasons, it hasn’t worked out that way.

As autumn begins many still feel stuck in an upside-down reality, wondering if it’s even possible to get back to normal. The Independent spoke to just some of those whose lives changed completely during lockdown, and some of those working on the front line of the ongoing crisis.

‘Losing your job is a very tough thing to take’

The high-street slump hit the Coombes family harder than most. All three adults in their Liverpool home lost their jobs in the months after lockdown began.

Michael Coombes was made redundant as a fashion retail buyer, his wife Karen lost her part-time job in the local shoe shop, and his 20-year-old daughter Isabella found the casual bar work she was doing to help her through university dried up.

“I was anticipating it, but it’s still a huge shock when it actually happens,” Michael says of his own redundancy notice in May. “Losing your job is a very tough thing to take. We’re optimistic people, so we’ve keep each other’s spirits up. We’ve got each other through it so far.”

The 54-year-old, who is applying for two or three jobs every day, says the family’s savings have been just enough to get them through so far – but he will have to apply for universal credit soon. “I’ve never been out of work before so it is very strange. It does start to grind you down – with the best will in the world your own fight ebbs and flows because you get so many automated rejections.

“It’s a great day when you actually speak to a human being at a company, even if it’s a no,” he adds.

“The stakes get higher every day. I knew quite a few people in the same boat. Everyone’s feeling a bit cut off from each other at the moment, but I hope there’s a bit of more empathy out there for the things so many of us are going through.”

‘This overwhelming fatigue hit me – months after getting Covid’

With so much focus on new Covid-19 cases, it’s easy to forget that many people have struggled to recover from the long-term effects of the virus. Around 60,000 people in the UK have been ill for more than three months, according to King’s College London experts.

Jade Gray-Christie contracted coronavirus in mid-March, and wasn’t well enough to return full-time to her charity sector job until this week – struggling with fatigue, chest pains and constant headaches for much of the past six months.

“I had two or three weeks in May where I began feeling a bit like myself again, and then in June this overwhelming fatigue hit me,” says the 32-year-old. “I would try to do something like hang the washing up, and I would be out flat for days afterwards.”

The east Londoner adds: “I was somebody that was really active – going to the gym, getting around the city. I really loved my job too so I hated to stop, but I just couldn’t get out of bed. It’s like a fog – you can’t even formulate clear thoughts or sentences.”

“You question yourself at times. Like, ‘Is this real?’ But there was some kind of comfort in the Long Covid support groups online and realising so many others are going through the same thing. You hope the worst is over, but I’m also worried about the next wave of people getting this. I just hope the medics develop treatments and new kinds of rehabilitation.”

‘I had to skip meals sometimes’

Sian Abbott had to turn to a food bank in south Wales to help to feed her five children a few weeks after lockdown began. Things had been difficult for the Pembrokeshire family ever since Sian’s husband lost his job as a farmer last year. But having the children at home all the time made it impossible to make ends meet.

“I lost my dad to coronavirus on 1 April – so it was really difficult to cope with that and everything else that was going on,” says the 28-year-old. “The school vouchers did help, but they just didn’t cover the cost of all the food and extra electricity we were using. A few weeks into lockdown it just got too much and we had to reach out to the Patch charity.

“The whole thing was like a gut punch. It was like life was saying to you, ‘Here’s a whole new reality – deal with it’. However difficult things got, I always made sure the children had enough to eat – even if it meant I had to skip meals myself sometimes.”

She adds: “In the last month or two I have found it easier to deal with things. I’m feeling stronger and more determined to get through it all, even if there’s difficult months ahead. We have been able to start applying for jobs again, at least. We’ve just got to hope that in 2021 we can start getting back to normal.”

‘There was so much to organise at school – I was exhausted’

Britain’s teachers have had a particularly exacting six months – transforming their schools, reassuring parents and adjusting to shifting messages from government. Simon Kidwell, headteacher at Hartford Manor primary school in Cheshire, says there have been “periods of real confusion” where guidance from ministers changed every 24 hours.

Since returning in early September, it’s been a struggle to find a regular routine. “I had four staff off last week, waiting for tests or self-isolating. So there’s a strain there already, and we face the same possibility as other schools – you’ll have to close by default if staff are off.”

The 50-year-old head teacher adds: “I like to think I’m an optimist – you kind of have to be as a school leader. And I like to think I manage stress quite well. But the pandemic has been really demanding. Intense. There was so much to organise in those first months that by July I was exhausted. I’ve never felt exhaustion like it, probably because I wasn’t getting much sleep.

“Too many calories and too many Zoom calls, I suppose – like a lot of people. My great passion is cycling, and with everything’s that happened I haven’t found time for it. I’m determined to get back on my bike, get some of the weight off and start taking better care of myself again.”

No one has experienced the horror of the coronavirus quite as relentlessly as NHS staff. Dr Georgina Smith, a locum doctor working in hospital A&E departments in the south of England, says there were some “really dark days” when deaths soared through the end of March and April.

“Those were particularly challenging times,” says the 40-year-old. “When you’re seeing lots of people come in with the disease looking scared, it was emotionally very difficult.

“There was a lot of things you didn’t think you’d have to do – give people bad news but explain to them they can’t come to the hospital to see loved ones. Awful. I know some NHS workers who have said they’ll always be haunted by it all.

“But when you drive around seeing all those pubs, and shops and business shut down – I’ve felt grateful to be able to carry on working and carrying on doing something,” she adds. “I’ve been doing a lot of gardening during my time off. That’s been my therapy.

“We are now getting more Covid cases coming in over the past two weeks – which is not something we’d seen for a month or so before. I am apprehensive. I suppose we do know we got through it before. And there has been a lot of learning about how to deal with the sickest patients.”

‘I couldn’t bear the thought of anyone going hungry’

One of the most stirring developments of the past six months has been the emergence of selfless volunteers, stepping up to care for vulnerable neighbours. Katie-Louise Barber, 27, turned her two-bedroom flat in the north London suburbs into a one-woman food bank.

Using some her own money and fresh produce from a food surplus charity, she began cooking and delivering around 250 parcels each week to people in her borough of High Barnet who had asked for help.

“I did it all using Facebook and WhatsApp,” says the mother-of-three. “I couldn’t bear the thought of anyone going hungry. It was horrible to think that could be happening in this day and age, and actually happening around me. So I had to do something about that.

“I’ve got to be honest – I felt absolutely knackered at one point. I had been trying to stay so positive and do everything I possibly could. Then one week in July everything hit me at once, and I had to stop for a bit. Age UK and the council-run scheme have stepped up to do more of the work, so I’ve been able to take more of a back seat.”

Katie-Louise says she wants her three daughters, who helped out with cooking and deliveries, to look back on 2020 and remember something positive from the strange interruption from school.

“Things haven’t been easy for us at time – we used quite a bit of our own savings to get everything going in those first weeks,” she says. “But I really hope the girls took something from it. I hope they’ll remember you can get involved and do things for other people when times are tough.”

Is the UK going into a second lockdown? 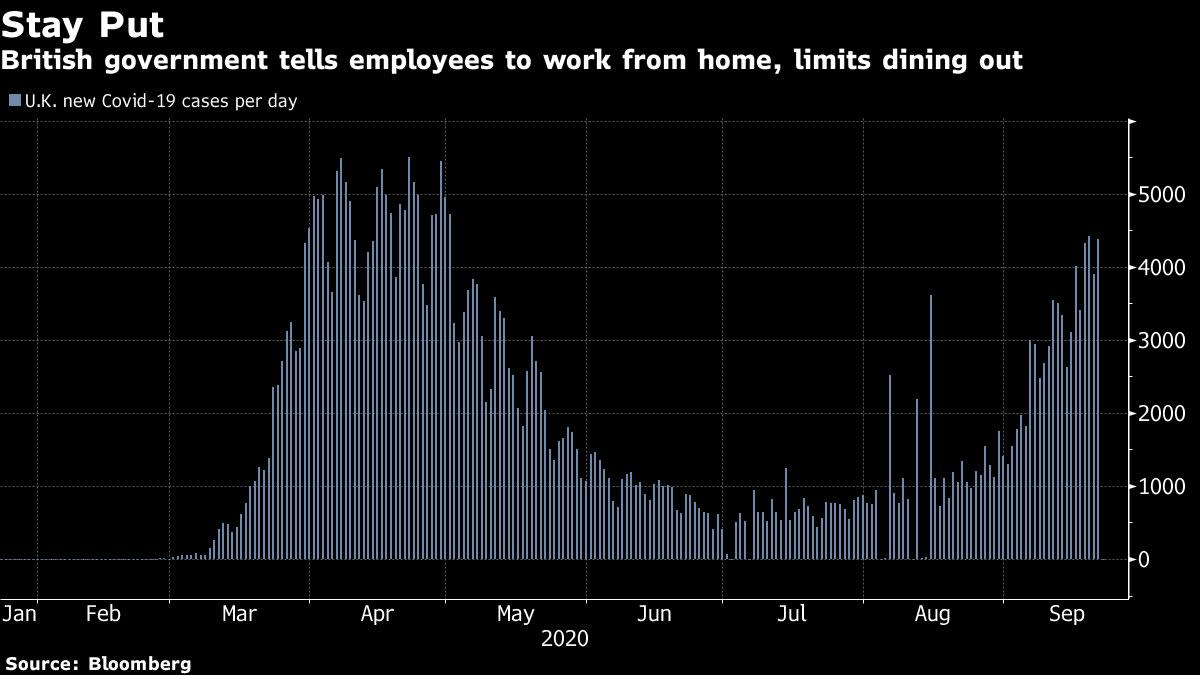