Daniel E. Lieberman is one of the world’s most outspoken experts on the effects of physical activity on the human body. So when I read the first pages of his new book, “Exercised: Why Something We Never Evolved to Do Is Healthy and Rewarding,” I was surprised to find that […]

Daniel E. Lieberman is one of the world’s most outspoken experts on the effects of physical activity on the human body. So when I read the first pages of his new book, “Exercised: Why Something We Never Evolved to Do Is Healthy and Rewarding,” I was surprised to find that he once hid in a closet to avoid gym class.

Doctors, fitness gurus and the media incessantly remind us that exercise leads to healthier and longer lives and thinner and more attractive bodies. We celebrate feats of sporting prowess and lavish attention upon superhero actors with near-pathologically cut torsos. So why, if this is all so good for us, do most of us have relationships with exercise that range from love-hate to hate-hate? Why do we rely on hectoring surveillance technologies like smartwatches to put us through our “required” daily paces?

The title of “Exercised” is a clue: There’s something neurotic, vexed, anxious about our obsession with physical activity. In the book, Mr. Lieberman faces down a dozen myths about physical fitness and health, devoting a chapter to each. His lens is evolution—he’s a Harvard paleoanthropologist with a specialty in human locomotion—and he studies the effects of energy-expending bodily movement in the laboratory and in varied groups of people around the world.

In one chapter, for example, Mr. Lieberman tackles the myth that sitting is bad for you. Disappointingly he finds that the myth is true, but not in the way most people assume. Contrary to conventional wisdom, slouching postures don’t lead to back pain, as evidenced both by reams of research on office workers and comparisons of sitting styles around the world. The real problem is that people don’t get up and move around enough. As scientists are beginning to understand, long-term inactivity and greater fat around our organs raise the risk of diseases of chronic inflammation, like arthritis and type 2 diabetes. Mr. Lieberman’s prescription? Don’t be inert for too long. Take a break. Get up. Or at least “squirm shamelessly.”

Until about two million years ago, every one of our ancestors lived by foraging for wild foods. Human physiology and anatomy adapted to these ancient lifestyles in ways that may not be optimal today. It’s not that we are worse off for this history—indeed, 21st-century Americans live longer, healthier lives than those of any previous era. But sometimes the tricks we once evolved to solve old problems trip us up today.

To understand the challenges of modern life, anthropologists rely upon observations of the few human groups that live by foraging for wild, unfarmed foods. Some of the best parts of “Exercised” are Mr. Lieberman’s accounts of his and others’ work with these modern foraging groups, like the Hadza people, who inhabit an arid, relatively inaccessible corner of Tanzania. Their days include a few hours of physical activity to find food, dig tubers, hunt, and gather honey. The Hadza spend much of their time sitting and socializing. Like other foraging peoples living on subsistence diets, they find Westerners’ obsession with exercise to be bizarre.

Anthropologists are wary of overgeneralizing data from the Hadza and other populations because all of today’s foragers are integrated into the world economy in complicated ways. Mr. Lieberman is candid about this challenge, recounting how scientific research itself has become a cottage industry sustaining the Hadza community. The worst risk is that individual research observations will be spun into scientific tall tales, what Mr. Lieberman calls the “myth of the athletic savage.”

On that score, “Exercised” makes important progress in the research topic for which Mr. Lieberman himself has become best known—the physiology of human running. In the early 2000s, Mr. Lieberman pulled together some skeletal traces of ancient Homo erectus and physiological data from human runners to suggest that endurance running was part of what made us human. The idea was that ancient hunters used a slow-but-steady running pattern to track animals and chase them to exhaustion.

In “Exercised,” Mr. Lieberman visits a group of people that inspired his running research, the Tarahumara people of northern Mexico. The group was made famous in the 2009 book “Born to Run” by

which brought the story of their ultramarathon-length races to a wide readership. In “Exercised,” Mr. Lieberman describes his visit to observe a traditional Tarahumara footrace. He marvels over a counterintuitive observation: Tarahumara people who run races don’t train for them. The long races are infrequent social events that bring the community together, but relatively few people participate directly. The experiences of the racers are similar to ultramarathoners in the U.S., complete with suffering and exhaustion. But the cultural meaning of the activity is distinct—it’s less a competition than “a powerful form of prayer” that, for the runners, “induces a spiritual trancelike state”—making it hard to generalize into any notion about human origins.

A few passages of “Exercised” suffer from excessive focus on the caloric bottom line. For living, breathing animals, the balance of energy intake and expenditure matters every bit as much as the financial balance sheet to a business. Still, reducing life’s rich pageant to metabolic inflows and outflows tends to make human existence sound as dry as an accountant’s ledger. In that vein, my favorite passage of the book concerns dancing. Dance in many societies is a physical activity connected to ritual, a highly social activity with deep symbolic meaning to its participants. It reminds us that beauty, joy and rites of passage are central to human life, and that physical activity can be exuberant and ecstatic.

For those hoping for a reason to hide in the closet during gym class, this is not your book. The science confirms many ways that physical activity is valuable to a healthy life. Nevertheless, I find Mr. Lieberman’s voice of moderation to be welcome in a world where barefoot running and paleo diets have become fads. (“Make exercise necessary and fun,” he says. “Some is better than none. Keep it up as you age.”) Instead of looking to a mythological view of our evolutionary past, we should be looking around us at a broader array of real humans, all of them moving—happily—through their lives. Getting “Exercised” is a start.

Mr. Hawks is a professor of anthropology at the University of Wisconsin-Madison.

Online Pilates classes offer easy, affordable options for getting in shape at home

Mon Jan 4 , 2021
NORTHBROOK, Ill. — Instead of making a New Year’s resolution and probably not sticking with it, fitness experts suggest making a more reasonable goal.  The Core Method is one online Pilates program helping people pursue their fitness goals through offering exercises that are easy and affordable online, or through a […] 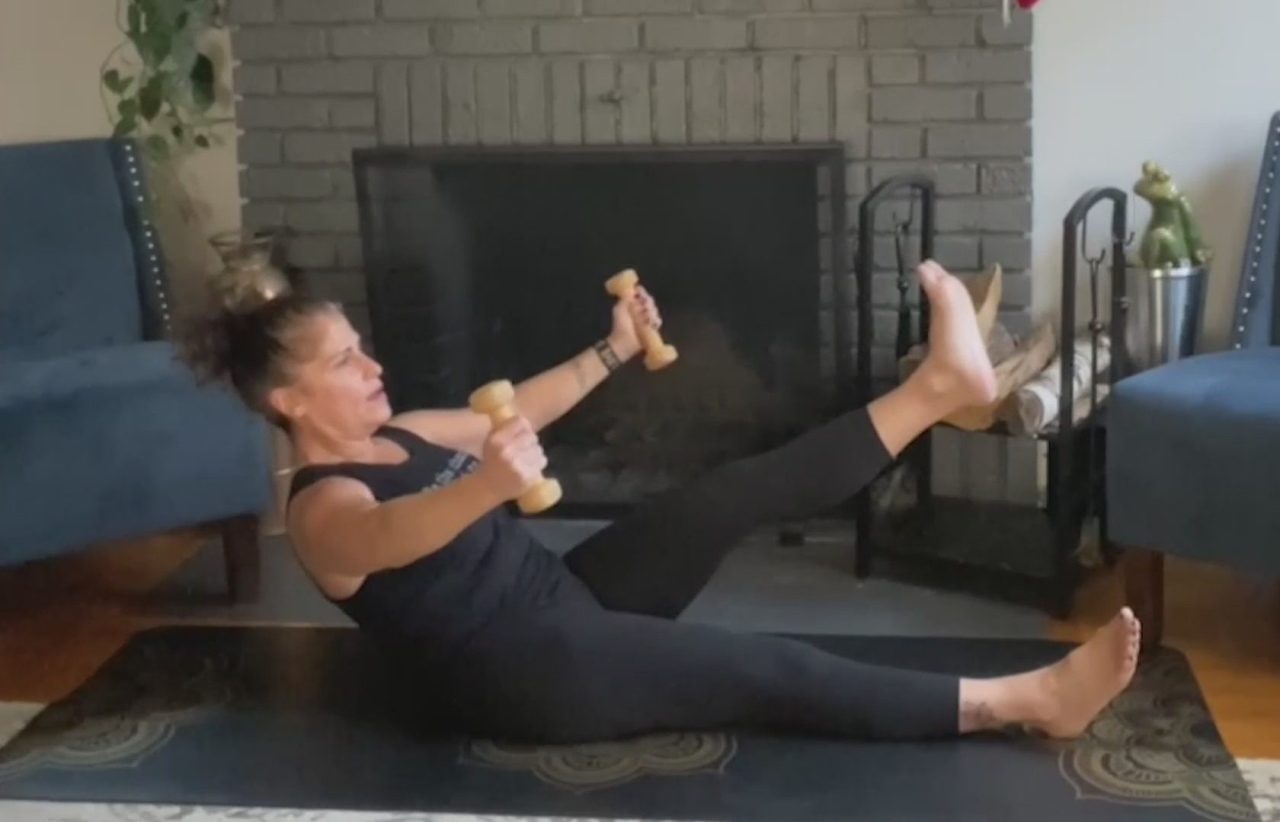