CONCORD, NH — Dentist offices in New Hampshire have been closed since the beginning of the new coronavirus pandemic, except for emergencies, but Monday, offices can reopen, “if they so choose,” according to Gov. Chris Sununu. The governor made the announcement Friday that a new guidance advisory was being circulated, […]

CONCORD, NH — Dentist offices in New Hampshire have been closed since the beginning of the new coronavirus pandemic, except for emergencies, but Monday, offices can reopen, “if they so choose,” according to Gov. Chris Sununu.

The governor made the announcement Friday that a new guidance advisory was being circulated, guidelines that were vetted and approved by the New Hampshire Department of Health and Human Services, as well as several dentists, surgeons, and hygienists, with input from the American Dental Association. Specific safety precautions will be put in place by businesses, and residents needing dental services should contact their dentists directly to find out when and if they will be opening. Sununu said the process for reopening dentistry offices took time to put together to ensure safety. If this go awry, Sununu said, health officials can take a step back and reexamine the guidelines.

The state has been working directly with dentist offices to provide them with personal protection equipment, via the state’s new “mask portal,” Sununu said, with officials receiving thousands of requests for millions of masks. About 3,000 orders were filled on Thursday and Fridays.

Sununu said the state’s new online testing request portal appeared to be working successfully with more than 3,000 requests in about 48 hours.

Clear Choice MD, another urgent care company in the state, is now offering antibody tests to check immunity to the new coronavirus and how many Granite Staters may have had the virus and didn’t know it.

The contract will provide testing for those without insurance and those who have insurance that does not cover the test.

“Again,” Sununu said, “we will not let financial barriers come in the way of public health.”

The company has locations in Portsmouth and seven other locations as well as an eighth temporary location working on testing.

This week, Democrats, including two who are challenging Sununu, made political hay about the state’s contract with ConvenientMD, due to some employees making donations to the governor in the past.

Lori Shibinette, the commissioner of the health department, said at the beginning of the pandemic, the department reached out to numerous health care companies and hospitals “from the beginning, the very first week,” in an effort to find partners who could work “in a variety of ways” including handling both tele-health services and testing capacity. ConvenientMD, she said, was the only company to respond which offered both — including making sure the uninsured would receive tele-health and testing.

“We never got a ‘No’ from ConvenientMD,” she said, “same with Clear Choice. We’ve used them in different ways.”

The Clear Choice MD antibody testing, she said, was a “very important” part of the fight against COVID-19 — but health officials do not know how long the antibody lasts. Immunity might only be for a short period of time, and there was still “a lot more research and study” that needed to be done, she said.

The state announced seven more people died due to complications connected to COVID-19 with five connected to long-term care facilities including in Franklin and Milford.

The state now has 121 fatalities. Another 104 positive cases were also reported, bringing the accumulative case count to 2,947.

During the last several days, Shibinette said, testing had increased to about 1,500 per day and should get to 2,000 per day by next week. She said there was “extremely high call volume” for testing requests but the state’s testing portal online was probably the fastest way to get into the queue. Manchester Public Health and Nashua Public Health are also hosting clinics, she said.

Later in the news conference, Shibinette said she hoped testing could get up to 2,600 tests per day and the slow build on testing was not about supplies but because “it took four or five days to get organized … now that the system was in place, (testing) is only going to ramp up from here.”

In six to nine months, Shibinette said she hoped that supply lines would get to pre-COVID-19 levels, while evening out.

Sununu was asked about golf courses wanting to reopen as well as other sectors of the economy and whether they would follow guidelines. The governor said many of the trade associations worked on the guidelines. He said New Hampshire was not in a position to have “the retail store police” go out due to an overabundance of enforcement but hoped everyone would follow the mandated requests.

On money to hospitals, Sununu said about half of the $50 million hospital fund had been committed including dozens of loans to ensure that no health care facility or hospital closed its doors and none have, Sununu said.

When asked about transparency with the loans, Sununu said, “I have no say over who gets it,” and added a committee analyzed every application and awarded them based on need.

Another hospital or health care fund could be created in the future, he said, based on requests by organizations and final decisions on how to spend CARES Act funds.

About $300 million has gone out to directly to hospitals, too, with another $75 billion expected at the federal level to hospitals nationwide.

When asked about the political football that occurred with education spending, how the department didn’t know how it would spend the money when asked, and that there was no reopen task force-like oversight looking at the funding, Sununu disagreed. He said the education department had a lot of oversight including work done by the state Board of Education.

There were three different sections of CARES Act money dealing with education including $35 million going to higher education, $30 to $35 million for K to 12, and another $8 to $9 million of discretionary money that he would like to see used to “fill a lot of the gaps” from remotely learning. Even though it worked “very well,” there were gaps in special education, mental health, and other extracurricular school functions.

Sununu said he wanted to look at how the state could fill those gaps during the summer — and maybe hold onto discretionary funds for the next school year. He said two task force groups were being set up, including a reopen school task force, to manage the post-coronavirus school setting and offer new guidance to districts.

“I very strongly hope schools will be open in September,” the governor said.

Sununu also made a pitch for everyone to enjoy the Mother’s Day weekend — including a warning to dads who may need to prepare for the weekend due to remote learning.

“Moms out there have gone above and beyond, everyone has,” Sununu said. “Everyone in the world has been turned upside down, and really gone the extra mile.”

Dads, however, need to have their “A-game on” since kids will not be coming home from school with crafts and gifts for mom.

“We just can’t say ‘thank you’ enough (to mothers),” he added, “and we remind ourselves to go the extra mile because the bar is set pretty high.”

Learn More About The Spread Of COVID-19

The COVID-19 virus is spread through respiratory droplets, usually through coughing and sneezing, and exposure to others who are sick or might be showing symptoms.

Take the same precautions as you would if you were sick:

More information from the New Hampshire Department of Health and Human Services about coronavirus can be found here on the department’s website.

Got a news tip? Send it to [email protected] View videos on Tony Schinella’s YouTube channel.

This article originally appeared on the Concord Patch

Access to affordable medical, dental care has 'major impact' for families struggling to get by

Fri Mar 4 , 2022
With more than 100,000 households on the Treasure Coast living just one emergency away from financial ruin, it can be a challenge to get access to affordable doctors, dentists and prescription medications. The ability to obtain low-cost or free medical and dental care and medications can make huge differences in […] 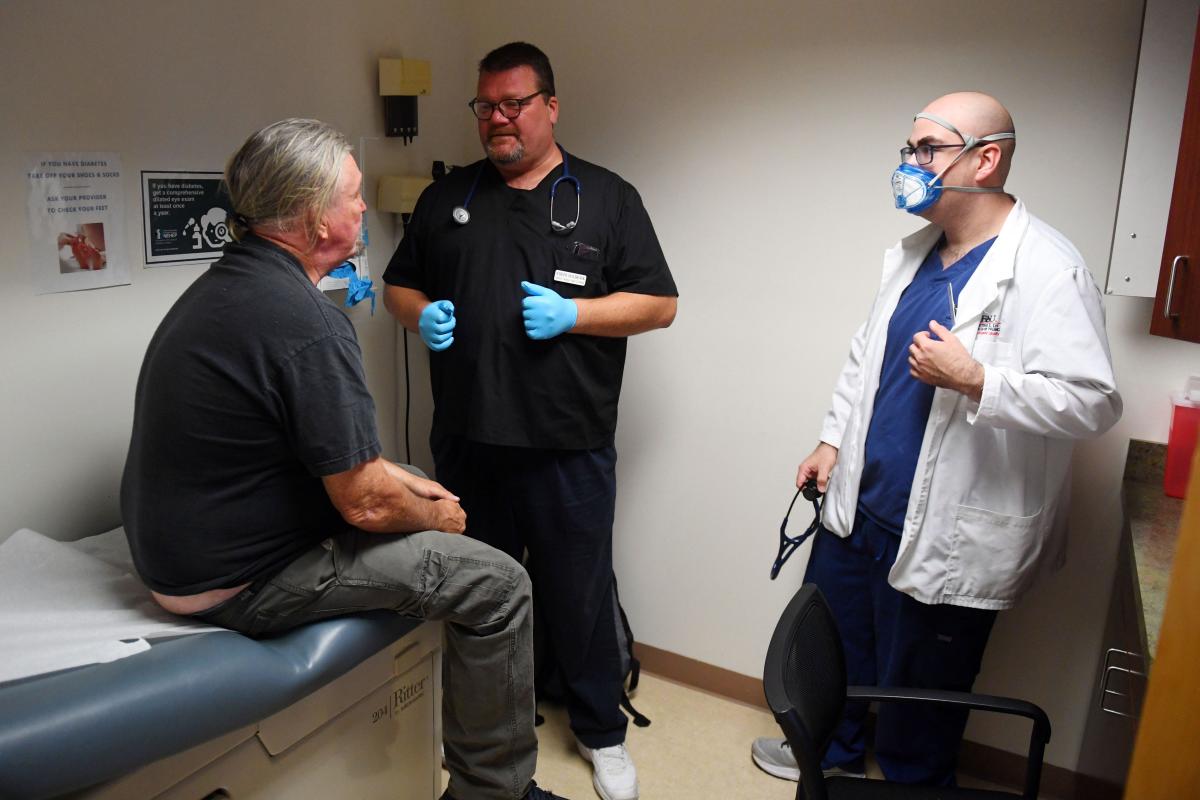