Chrissy Teigen has been hospitalized for excessive bleeding while pregnant with her third child.

On Sunday, the model and cookbook author offered an update from her hospital bed on her health, explaining that she has been on “super serious” bed rest for the last few weeks while experiencing complications halfway through her pregnancy.

“I’d get up to quickly pee, and that’s it. I would take baths twice a week — no showering,” she said on Instagram of her strict resting regimen.

“But I was always, always bleeding. … Maybe [for] a little bit less than a month, but we’re talking more than your period, girls. Definitely not spotting. A lot of people spot, and it’s usually fine, but yeah, mine was a lot.”

Last month, Teigen revealed via husband John Legend’s latest music video that they were expecting their third child — a baby boy. The celebrity power couple are currently the proud parents of a 4-year-old daughter, Luna, and 2-year-old son, Miles.

In typical Teigen style, the social media maven has been documenting her pregnancy extensively online, including her limited bed-rest activities.

“Every time I would go to the bathroom, it would be blood,” she continued Sunday on her Instagram story. “But honestly just laying, there would just be blood. But today the big difference was that it was like if you were to just turn the faucet on low and leave it there.”

The “Cravings” mastermind added that the experience has been “so weird” because she has been feeling “really good” and the baby is “so strong,” despite her placenta being “really, really weak.” As such, she asked people to stop worrying, insisting that she doesn’t share pregnancy updates to receive pity messages.

“I’m usually at my happiest pregnant, mood-wise,” she said. “And I feel that way. I feel happier than I do not-pregnant. So that’s why it’s so hard for me to come to terms with. … It was at the point today where it was just, like, never stopping bleeding. And that’s obviously very bad.”

Teigen also requested that the doctors of “medical Twitter and Instagram” resist the urge to share advice or diagnoses, “because all it does is make me feel really anxious and nervous” amid an already “scary” situation.

“You have to trust me that I have very good doctors who know what they’re doing, who know the entire story,” she said. “There’s so much more than you guys could ever imagine, OK? I share a lot, but not absolutely everything. … The baby is so healthy, like, growing stronger than Luna or Miles.

“He moves a lot and so much earlier than they ever did. He’s like a roly poly. We have a million great pictures of him … I’m just so excited for him because he’s so wonderful and just the strongest little dude.”

Mon Sep 28 , 2020
ASTON, PA — Delaware County is offering residents the chance to get tested for the coronavirus and vaccinated for the flu this week. The county is hosting one day of coronavirus testing and two days of flu vaccinations in Aston. Whether residents are getting flu shots or coronavirus tests, all […] 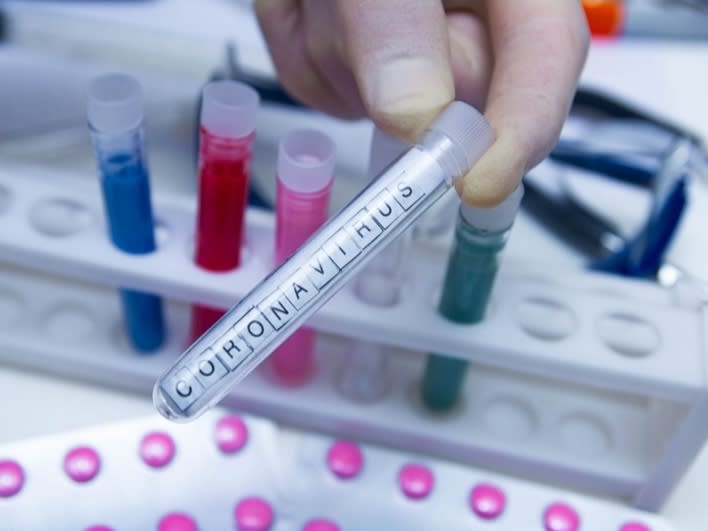