It sounds like an oxymoron, like “worry-free skydiving,” or “delicious, fat-free doughnuts.” But when Becky and Mark Binstock realized their daughter had food allergies, the couple went above and beyond to turn the confection of spun sugar, artificial flavoring and artificial dyes into one of the few snacks their daughter […]

But when Becky and Mark Binstock realized their daughter had food allergies, the couple went above and beyond to turn the confection of spun sugar, artificial flavoring and artificial dyes into one of the few snacks their daughter could safely enjoy.

Three years, countless kitchen experiments and tens of thousands of puffs of cotton candy later, the Binstocks’ cotton candy-making has grown into a business called Simple Sugar. In 2020, they even sold their former house, which was just three years old, and built a new one so they could incorporate a commercial kitchen for cotton candy-making.

The kitchen will officially be finished and open for business at the end of this month, which is also when they plan to roll out a rebrand — complete with a professionally designed, pastel-rainbow-wrapped logo and new packaging. By early next year, they hope to launch a new website to handle online orders. “There could be a kid in New Mexico who has food allergies and we can ship him cotton candy for his birthday,” Becky says.

“We’re really excited to see where it goes,” says the personable and articulate Becky over a cup of coffee in downtown Fargo. It’s 10:30 a.m. and she’s already had a busy day — traveling to Fargo early that morning to share the story of their business during Emerging Prairie’s recent Women’s Entrepreneurship Cohort at Island Park, then heading back to Bismarck to pick up her daughters from school by 3 p.m.

Considering that Becky and Mark are already busy parents of three with full-time careers — she is an attorney, he’s a mechanical engineer — this commitment to a side business is impressive. “One thing about our business is that we work our regular hours and then we go home and hang out with our kids, and when our kids go to bed, that’s when we’re making cotton candy,” Becky says.

So what sets Simple Sugar apart? For one thing, there are no artificial additives: It’s just spun sugar, flavored and colored with natural, North Dakota-centric flavors like rhubarb or chokecherry.

Their cotton candy is also colored with all-natural sources, like beets. So their spun sugar is tinted in soft pastels vs. vivid, clown-car colors.

“If you are going to have sugar, have real sugar,” Becky Binstock says. “But we’re saying don’t eat cotton candy every single day. Have it as a treat.”
Contributed / Lea Black Photography

Another feature that sets their product apart is serving size. Simple Sugar cotton candy is packaged in sensible, mom-sanctioned portions vs. massive, billowy, Marge Simpson beehives. “You’re not having a sugar rush of 100 grams of sugar,” Becky says. “You’re getting 20 or 15 (grams). So if people get a Coke or a granola bar, they’re probably getting less sugar (in our candy) than that.”

Their product seems to attract two types of customers. One group consists of brides, party planners or corporate-event organizers who want to offer their cotton candy — which the Binstocks package in personalized bags — as fun favors.

Their other main customer base consists of parents whose children have food allergies and need to know what their kids are consuming.

The Binstocks especially understood the latter group. Their daughter was just 18 months old when they realized she couldn’t so much as lick angel-food batter out of a mixing bowl without breaking out into hives. She also was allergic to peanuts, pineapple, Sunbutter, melons and peaches — and the list just kept growing.

Allergists discovered their daughter had oral allergy syndrome. She has reactions to the pollen proteins in fruit and certain foods, which causes hives to form inside her throat and all the way into her stomach.

“Basically, before she can eat anything, we have to know where it’s from,” Becky says. “And a lot of the time, we tell her she can’t have something.”

A few years ago, their daughter requested cotton candy for her birthday. Becky, who has always loved the stuff, got excited at the prospect of finally being able to say yes to a favorite childhood treat.

As she and Mark discussed it, he suggested they buy their own cotton candy machine. “I was like, ‘Are you crazy?’ He was like, ‘Maybe,'” Becky says, laughing. “When an engineer and a lawyer get together, they make a cotton candy company, apparently.”

Cotton candy is made when the central “floss head,” which spins, begins to heat up to 300 degrees and melts flavored sugar. When the center begins to spin, the melted sugar is pushed through a screen that breaks the pieces up into the flossy threads we recognize today as cotton candy. The first electric “candy machine” was actually created in the late 19th century by Nashville confectioner John C. Wharton and William J. Morrison who, ironically, was a dentist.
Contributed / Lea Black Photography

They invested in a machine, but weren’t sure how to use it. “We’d never made cotton candy in our lives, and so the guy at the restaurant supply place told us to go online and buy premade sugar,” Becky recalls. “He goes, ‘if you use regular sugar, it’s going to ruin your machine.’ I was thinking, ‘Really?'”

Becky’s skepticism was justified after she looked at the flavored sugars available online. Their ingredients included a stew of artificial flavoring, artificial dyes and unpronounceable additives.

“I thought, uh-uh, I’m not doing this. I bet I can make this and it’s going to be better and I’m going to like it better,’” she says.

For their maiden batch, they flavored sugar with chokecherry syrup, which had been made by her mom.

“We combined them, and after a lot of trial and error — and neighbor kids testing cotton candy, which they loved — we had a flavor that worked,” Becky says.

Chokecherry has become a standard flavor, along with rhubarb, cold-weather grapes, lemon-raspberry and coffee. The Binstocks also offer seasonal flavors like juneberry, strawberry and watermelon, as well as special holiday varieties like pumpkin spice, sugar cookie or peppermint.

“Our flavors don’t punch you in the face, so you’re thinking, ‘Ohmigosh, this is so sweet,’” Becky says. “It’s supposed to be this subtle taste when you’re eating it. That’s what we’re going for.”

Becky says they know exactly what’s in their flavoring because they make the syrups themselves from plants, bushes or groves on land owned by family members or friends. For non-local flavors like their popular coffee variety, they order all-natural extracts.

They started selling their cotton candy in 2018 by setting up a Facebook page, which prompted parents to start ordering the treats for birthday parties.

By 2019, Simple Sugar’s business was picking up steam. Thanks to their events’ customers, Binstock estimates they were making and selling 1,200 packages of cotton candy on a good month. They also had built a solid following at the BisMarket farmers’ market.

Even as their business grew, Simple Sugar faced a hurdle. As they didn’t have a licensed kitchen, they were expected to label their candy according to the state’s cottage-food laws.

The Binstocks knew their candy was safe because those allergens weren’t allowed in their home. But they also realized a cottage-foods label couldn’t convey that to customers who didn’t know them personally.

“I also was concerned about liability. If we did say it was safe and something happened, I didn’t have anything to back up that I was taking those precautions,” says Becky, adding that even the tiniest trace of an allergen could trigger a reaction in a child with allergies.

Mark’s solution was to suggest building a commercial kitchen in the basement. But when they checked with city ordinances, they learned it wasn’t cost-effective or practical to retrofit their home with a commercial space.

They knew if they rented commercial kitchen space that they couldn’t guarantee other allergens weren’t processed there.

“So what if we build a new house and add a commercial kitchen to that plan?” Becky asked city officials. “They thought I was just hilarious. They’re like, ‘Sure, why not?’

It took a lot of back-and-forth between the Binstocks, zoning officials and the public health department to convey what they were planning to do. “I told them I’m not planning a big industrial space. All I need is a machine and a few things to make it commercial, that’s it,'” Becky says. City officials, she adds, were “very helpful once they understood what we were planning.”

For the next year, Simple Sugar wasn’t quite as simple. Their cotton-candy production was put on hold so they could sell their house, find a rental for a family of five (including one child with dog allergies) and build a new home amid COVID-related material shortages. Through it all, both continued working full-time.

But the Simple Sugar founders believe this was a necessary step to assure their allergen-free consumers that their product is safe. “If we make the cotton candy in our house, we can control it,” Becky says. “We thought that was really important to our customer.”

Becky Binstock says seeing the joy that their all-natural cotton candy brings to people’s faces makes all their hard work worth it.
Contributed / Lea Black Photography

It hasn’t been easy to get to this point, but the Binstocks still enjoy it.

“Many times, I’m like, ‘why do we do this? We’re very busy,'” she says. “And then we see the joy it brings in adults and kids and, honestly, that it brings us. That’s why we stay up until 1 o’clock in the morning, making cotton candy.” 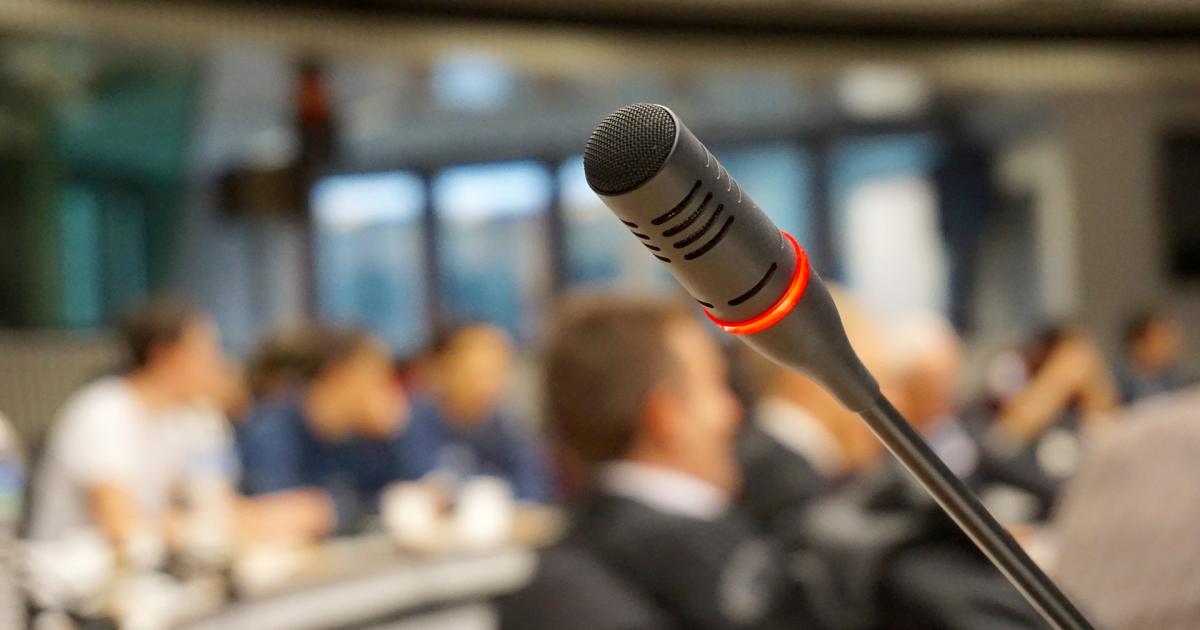