TikTok is most known for dance challenges, prank videos, and funny vlogs, but a new trend has become the latest example of how things can get very serious, very fast on the app.

Dubbed the “Literally My Life” trend, users record themselves dancing to a sped-up version of YouTuber Eva Gutowski’s song of the same name, then add text describing a traumatic experience they’ve gone through. Some get very dark, and using the bubblegum pop song with lyrics like “literally, my life is beaches every single night. Messy buns and christmas lights,” is meant to be ironic.

The song came out in 2015 but randomly resurfaced on TikTok this year. It’s hard to say who exactly started the trend but as of posting, the song has been used in over 357,600 videos on the app. Most posts don’t get into detail, so it’s difficult to verify the stories, but many discuss topics like domestic violence, rape, and suicide.

In her videos, Isabella Lancaster, 18, recounts a time she said her dad ended up in a psychiatric hospital.

“I have had a crazy family life for pretty much most of my life. I never used to make videos about it just because I had this fear that people would not believe me,” Lancaster told VICE.

She said she eventually decided to share her experiences on TikTok because no one in her immediate circle could relate to her. Sharing these stories online has brought her comfort, Lancaster added.

“I don’t know why but the internet feels much more of a safe community than the people I know personally. … Sometimes, I make the videos for a good laugh. Other times, it’s just to speak out into the void and see if anyone gets what I’m going through,” she said.

“I think it’s important to kind of laugh at dark situations sometimes because it can add a bit of light and makes you feel like it’s okay that this has happened.”

One 20-year-old user, who asked not to be named, shared stories of her mom’s mental health issues. She started a secret account in November to post her videos “because it was a pretty sensitive topic and I didn’t want my friends to ask about it.” Much to her surprise, her very first video has reached 6.5 million views on the app.

“I think if it didn’t blow up, I would still be very embarrassed about my childhood. But since it’s already out there, my approach to it is more open-minded. And I no longer see it as something that I have to be ashamed about,” she told VICE.

“I think when you’re a kid, you just take it as it is. … I didn’t really understand much of what happened. One minute, my mom’s not doing so well and the next minute, I’m just watching a TV show and eating ice cream. It’s like the innocence of a kid.”

She said making the videos helps her process her experiences better and has given her a new perspective on mental health.

“Mental health is pretty stigmatized in the Asian American community, which is why I felt like I had to hide it more. But this trend helped me understand the complexity and realness of it in everyone’s lives,” she said.

“In the United States, therapy is not that accessible to everyone. And many people say ‘TikTok over therapy’ or ‘TikTok is free therapy’.”

Janet Gibson, a cognitive psychologist from Grinnell College, said that using humor is a generally healthy way to deal with trauma.

“In some ways, humor is self-medication. … Stress, pain, sadness, are all downers and you are motivated to pick yourself up. And you can do that in a variety of ways, but humor helps you feel better, makes you feel stronger. Laughing involves getting more oxygen into the brain and releases endorphins, which help to mute the pain,” Gibson told VICE.

She said that the TikTok trend could help young people share their stories and give them the social support they need.

“People who are stressed or traumatized benefit from having other people around them. Other people also make us feel good. They give us attention. So, if I do something funny and other people attend to me and even laugh with me, that feels even better.”

However, Gibson also warned that humor is only a temporary fix for severe trauma.

“It just makes you feel better for the moment. But whatever psychological repercussions there are, they’re still there,” she said.

“While it is okay to use humor to feel better and connect with others — because those are good things — you still need to deal with the stress. So, it’s not the last step … you have to move forward to self-discovery and understanding the situation that caused the problem.”

The Literally My Life trend has also worried some users, as most videos appear on people’s TikTok feeds with no warning. This problem is common in many social media platforms.

In a study, Grygiel discusses how the lack of enforcement of community guidelines has made social media platforms unsafe, giving rise to harmful content such as hate-speech, self-harm, and abuse.

“It’s important for platform trust and safety teams to closely monitor content that may trigger other users and negatively impact their mental health and well-being,” they said.

In an email to VICE, a TikTok spokesperson said that the Literally My Life videos do not violate the platform’s community guidelines.

“We do not allow content that promotes self-harm or suicide. However, we do allow our users to share their experiences in order to raise awareness about these issues. In this case, these videos remained on the platform as they do not violate our Community Guidelines,” the statement reads. “If anyone in our community is facing a challenging or difficult time or concerned about someone who is, we encourage them to seek support, and we provide access to hotlines directly from our app and in our Safety Center.”

The spokesperson added that the app has safety features in place, including a “restricted mode,” which “limits the appearance of content that may not be appropriate for all audiences.” Users who want to limit the videos on their feed can enable this feature by clicking on “digital wellbeing” in the app settings and turning on restricted mode.

“Our moderation team removes inappropriate content and terminates accounts that violate our Community Guidelines and Terms of Service. In addition, we deploy technology that helps to automatically filter violative content including videos and comments,” the TikTok spokesperson said.

Literally My Life is just the latest TikTok trend to discuss such serious topics. Another popular one has users using the “POV” trend to act out scenarios of violence and abuse while pop music plays in the background, supposedly to spread awareness about such issues.

Mon Dec 7 , 2020
New Jersey and New York hospitals are girding for a winter blitz of Covid-19 patients but say they are more prepared and are optimistic the mortality rate will be lower than the brutal spring months. Hospitals have stockpiled personal protective equipment, or PPE, secured an adequate supply of ventilators and […] 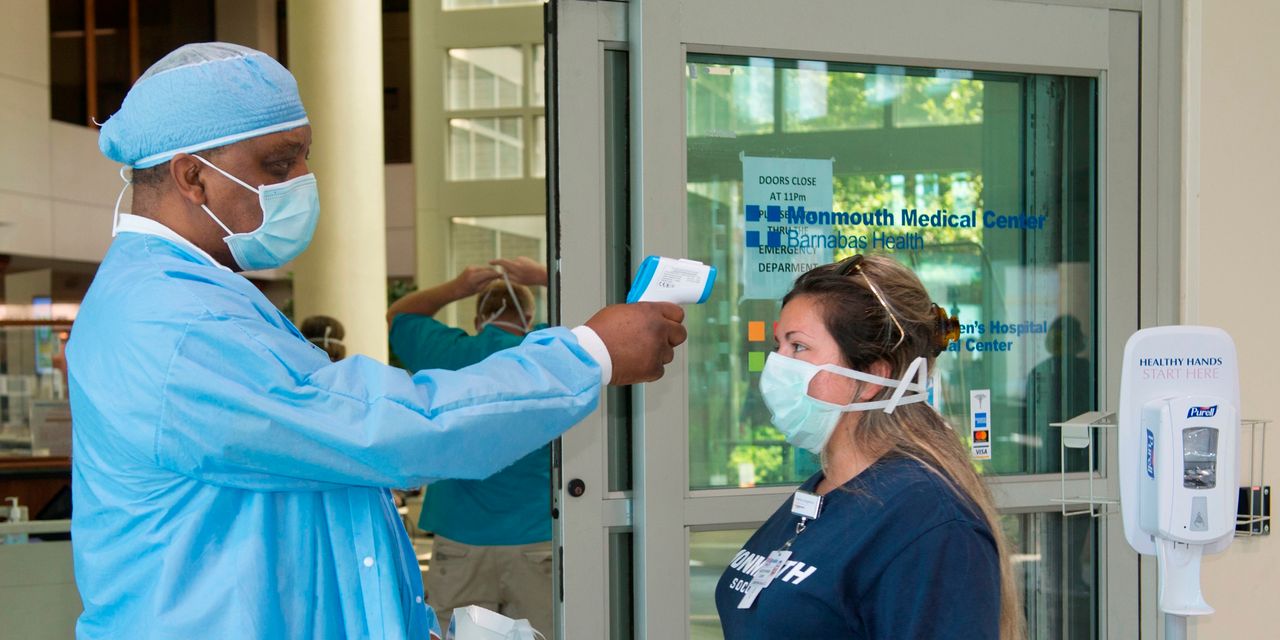