(HealthDay)—Vaping among teens and young adults has decreased dramatically during the COVID-19 pandemic, with two-thirds of e-cigarette users reporting that they’ve either cut back or quit, a new study says.

About 32% of e-cigarette users said they quit this year and another 35% reported cutting back, according to survey results published Dec. 3 in JAMA Network Online.

Concerns about lung health were a major factor in their decision, the results indicate. One in 4 respondents who cut back or quit said they were motivated by concern that vaping could weaken their lungs.

Research has shown that smokers have a higher risk of severe COVID-19 infection, noted senior researcher Bonnie Halpern-Felsher, a developmental psychologist and professor of pediatrics at Stanford University in California.

Vapers’ worries were probably also motivated by the 2019 nationwide outbreak of EVALI, which involved thousands of lung injuries related to e-cigarette use, she added.

“One of the main reasons they quit is that they were worried about lung health, and we think that’s important, that they thought they could hurt their lungs,” Halpern-Felsher said. “This really provides an opportunity to talk about and provide education about lung health.”

These results showed that health concerns are a legitimate way to combat e-cigarette use among teens and young adults, said Dr. Panagis Galiatsatos, director of the Johns Hopkins Tobacco Treatment Clinic in Baltimore.

“If you put things in your lungs that isn’t air, you’re more likely to suffer severe COVID-19 outcomes,” said Galiatsatos, who wasn’t part of the study. “If we can emphasize that vaping is not healthy and make it appear unattractive, we will win over this generation of e-cigarette users. We’ll get them to stop.”

The survey also found that:

“They were basically getting them wherever they could is the bottom line, but overall sales were more likely to be through online than brick and mortar,” Halpern-Felsher said.

The findings come from a nationwide online survey conducted in early May with more than 4,300 participants between 13 and 24 years old. Of those, nearly 2,200 said they had used e-cigarettes.

Kids who were adhering to stay-at-home mandates were 50% more likely to quit or reduce their vaping, researchers found.

However, only about 15% of those who did so said they stopped because they were worried about their parents finding out that they vape, the survey showed.

“We’re talking about with Juul, with Puff Bar, really small devices that are very easy to hide,” she said. “One of the reasons teens use the newer e-cigarettes is they can hide them because they’re small and they smell good instead of smelling bad.”

Halpern-Felsher said the U.S. Food and Drug Administration should look at the size and style of these devices and make them harder for teens to conceal.

Experts are concerned that vaping will regain its popularity once the pandemic has passed.

E-cigarette use among youngsters tends to be highly social, and could expand once kids are again free to congregate, Halpern-Felsher said.

“The concern is that as soon as youth are not having sheltering in place and they’re all back in school, whether we’re going to see more social use again and the uptick will happen,” she said.

“The electronic cigarette social media community is strong. They can push back with their own slogans, but it’s hard for them to push against” pandemic-motivated worries over lung health, he said.

If the health factor is removed without any strict regulation or push to make the products unattractive, numbers might surge, Galiatsatos said.

More information:
Northwestern University School of Medicine has more about vaping and COVID-19.

This document is subject to copyright. Apart from any fair dealing for the purpose of private study or research, no
part may be reproduced without the written permission. The content is provided for information purposes only.

Thu Dec 3 , 2020
Nurses deserve a show called “Nurses,” especially right now. Whether they deserve this particular “Nurses” is another story. Still, one can imagine an exhausted health-care worker coming home, grabbing a bite and curling up with the beautiful, beleaguered characters who populate the show’s Canadian hospital, where the pre-pandemic, single-payer problems […] 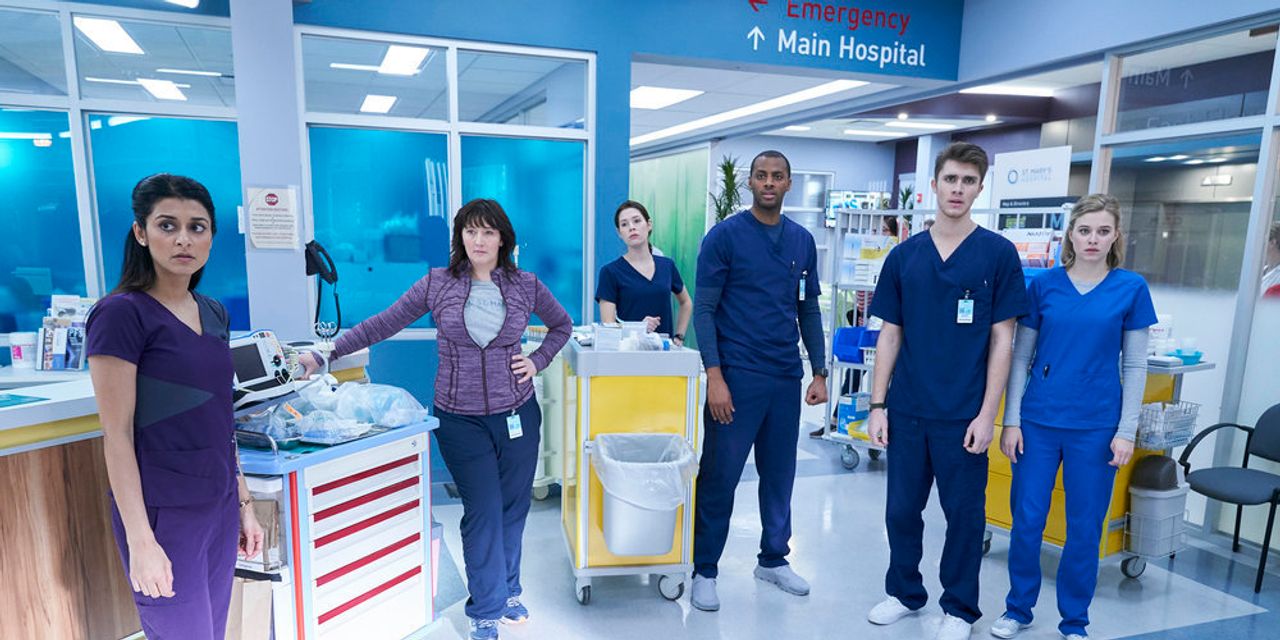