As part of National Social Work Month recognition, we want to show our appreciation for the social workers who devote their careers to bettering the lives of others.

Social workers strive to build a stronger community for all people, and the Iowa Child Advocacy Board (ICAB) is a grateful partner in the collaborative work done alongside those who serve the vulnerable children and families in our child welfare system. Many social workers embody the values embraced throughout the profession’s history. Those values include service, social justice, dignity and worth of the person, importance of human relationships, integrity and competence.

Social work professionals, the caseworkers, service providers, therapists and child placing agencies are the helpers and they provide assistance to someone in need. Court Appointed Special Advocates (CASA) volunteers share the desire to help and invest their time in advocating for children who have experienced abuse and neglect, many who have been placed outside their homes. They review each child’s case, visit with those involved with the children, gather information, and provide their insights so that informed recommendations can be made to the juvenile court.

You don’t need to be a social worker to be a CASA volunteer. You just need to have the drive to make a difference — just like our colleagues in the social work field. Virtual trainings are being held throughout the spring. For more information on how you can become involved, visit childadvocacy.iowa.gov.

Dental care is essential to our communities

As a dentist in Corning, I provide essential dental care daily to people in our community. As a small business owner, I am also responsible to pay my staff and cover all overhead costs associated with a dental practice so I can keep my office open and running properly. To balance these roles, I have been forced to limit the number of Medicaid patients I accept.

It is not that I don’t want to see Medicaid patients. In fact, approximately 20% of my patients are currently on Medicaid. That is down from 35% several years ago, but with inflation and the increasing cost of materials, staff and overhead, I’ve had to scale back. I would be happy to take on additional Medicaid patients if the reimbursements were not so dismal that they do not cover the basic cost of a procedure. Iowa’s Medicaid rates have not changed in 20 years, and they currently reimburse between 30-40 cents for every dollar of care I provide. This is not sustainable and has forced many dentists to stop seeing Medicaid patients altogether.

There are currently over 700,000 Iowans relying on Medicaid dental services. If they can’t find a local dentist who accepts Medicaid insurance, they often turn to the emergency room or travel long distances and get placed on wait lists to receive care. This is not a sustainable or efficient healthcare solution, and it forces Medicaid patients to unnecessarily miss school and work.

I recently saw a 16 year old who hadn’t been to the dentist in three years. She was living in a correctional facility three hours from here, but there were no dentists in her area accepting Medicaid patients, so her facility drove her to my Corning office for care. She needed additional treatment so we scheduled her for a follow-up appointment, which became even more complicated as she moved away from the facility in the meantime. After several attempts we tracked her down and delivered the care she needed, but not everyone is so lucky.

Low-income Iowans should have access to regular oral healthcare provided by a local dental office. With proper cleanings and regular check-ups, cavities, infections and tooth loss can be prevented. It is time that we join our neighbors in Minnesota, Wisconsin, and South Dakota and substantially increase dental Medicaid rates so patients can get the care they need.

Achieving this should make every Iowan smile!

Nearly half of Iowa’s rivers, lakes and streams fail to meet minimum water quality standards. Flooding, topsoil erosion and diminishing wildlife habitat have impacted the quality of life for generations of Iowans.

Iowa voters approved a solution to these conservation challenges more than a decade ago. But inactivity by the Iowa legislature has left $1 billion on the table, crucial funding that would have improved our landscape in all 99 counties.

The Natural Resources and Outdoor Recreation Trust Fund is that solution. Recognizing the need for action and growing budget shortfalls to address these important issues, the Iowa Legislature formed the Advisory Committee on Sustainable Natural Resource Funding in 2006 to recommend the most sustainable long-term model to fund Iowa’s natural resources.

Representatives from the Iowa Farm Bureau, Iowa Association of County Conservation Boards, The Nature Conservancy, Ducks Unlimited and numerous other organizations reviewed over 40 sustainable funding models. I was one of the original 18 members chosen to serve on this bipartisan Advisory Committee.

The Advisory Committee recommended establishing a constitutionally protected trust to be funded by a 3/8 cent increase in the Iowa sales tax. In November 2010, a 63% supermajority of Iowans voted to create this trust fund.

Despite the overwhelming public support, Iowa lawmakers from both political parties have yet to pass the sales tax increase to provide funding. Ducks Unlimited, partners and the state would apply trust fund dollars to wetlands conservation and other public investments. Restoration of these wetlands would improve water quality and quantity, reduce soil erosion and provide wildlife habitat critical to Iowa’s hunting and fishing industry, valued at nearly $1 billion in consumer spending.

Less than 10% of Iowa’s original wetland areas remain today, and the lost sales tax revenue could have been used to invest in those wetlands. Iowa loses an average of 5 tons per acre of topsoil annually to erosion. The lost funds could have been used to protect the soil which current and future generations of Iowa farmers will use to provide the food, fiber and fuel to meet global demand.

Iowans have spoken that they want action on funding the Iowa Outdoor Resources and Outdoor Recreation Trust Fund.

I strongly encourage Governor Reynolds and the Iowa Legislature to secure our land and water legacy for current and future generations. Fund the Outdoor Resources and Outdoor Recreation Trust Fund.

Reynolds not working for Iowans

In Gov. Kim Reynold’s response to the State of the Union address on Tuesday night, she told the American people, “When I took the oath of office five years ago, I promised Iowans that I would never lose sight of who I was working for.”

The first bill Reynolds signed as governor was a water quality bill; however, since then the quality of Iowa’s water has further deteriorated. My life in Iowa has been one of swimming in the lakes and tubing and canoeing on the rivers, but we’re losing that. Reynolds isn’t working for outdoor enthusiasts, environmentalists or conservationists.

This year, Iowa changed the child/caregiver ratio for childcare centers, making them less safe. Centers don’t have to notify parents of these changes, and it may be affecting your child/grandchild/neighbor right now. Reynolds definitely isn’t working for our children and our parents.

Under Gov. Reynolds, Iowa has tried to pass restrictive bills to cut a woman’s access to reproductive care. These unconstitutional bills have cost the state millions in lawsuits. Reynolds isn’t working for women.

As governor, the meager school funding has led to cuts to programs, loss of teacher  and most schools have moved into a budget guarantee process that can lead to higher property taxes. Coupled with taking away local control from school boards on mask mandates and online learning, Reynolds and Republicans are most certainly not working for our teachers, students or parents.

And then there’s the recent tax bill Gov. Reynolds signed into law. About half the tax cut will go to the richest 5% of taxpayers, while us working folks might see a much-smaller cut. But WE will bear the brunt of reduced state spending on clean water, schools, and healthcare. Reynolds isn’t working for working Iowans.

So, who exactly was Reynolds talking about in her speech when she said she’d never lose sight of who she was working for?

Gov. Kim Reynolds’ so-called rebuttal to President Biden’s “State of the Union Address” was anything but a rebuttal. Who are we kidding! All she delivered was a previously composed and rehearsed campaign speech. Not once did she counter any of Biden’s claims substantively or persuasively.

For that perspective, I’m relying on the AP fact check, since Reynolds clearly isn’t sharp enough to think on her feet. Nor did she even once exhibit the decency to give Biden credit for initiatives that garnered bipartisan applause on the House floor of the Capitol, such as his determination to authorize the Justice Department to join allied European nations in finding and seizing the countless billions that Russian oligarchs have stolen from the Russian people and stowed away in foreign assets; or his pending order to close American air space to all Russian planes; or to his praise of the bipartisan passage of the long overdue Infrastructure Bill that will provide high-paying and long-term employment for tens of thousands of Americans.

If Reynolds’s performance was, at least in part, to showcase an up-and-coming star in the Republican Party, I’d say her light was quickly lost in a black hole.

Families are the ‘building blocks of society’

No matter our races, religion or background, in Iowa, we care about families. They are the “building blocks of society.” Fully funding Iowa public schools is a critical way our state leaders can support Iowa families raising children to become responsible adults.

However, Gov. Kim Reynolds and the Republican led state legislature have embarked on an assault on our schools and teachers. Rather than trusting the people most directly involved in school decision making, Republicans seek to dictate from the statehouse what bathrooms children can use, who can participate in sports, and what resources and curricula teachers should be allowed to use. Reynolds even prevented local decision making on wearing masks in school buildings and whether or not schools could offer online learning.

Reynolds calls the Republican interference part of a “pro-parent, pro-family revolution.” We are not fooled. This is government overreach.

Instead of passing legislation that seeks to divide Iowans by race, religion and gender, let’s support the needs of all Iowa’s children in the classroom by affirming the necessity of parents and teachers to work together to solve problems and rejecting Republican attempts of state take-over of local classrooms and school activities.

So deeply saddened to hear that Law & Order: SVU actor Ned Eisenberg has passed. He was such a mensch — a true actor’s actor. My condolences to his wife and son, and all who loved him.

RIP Ned, you will be missed. 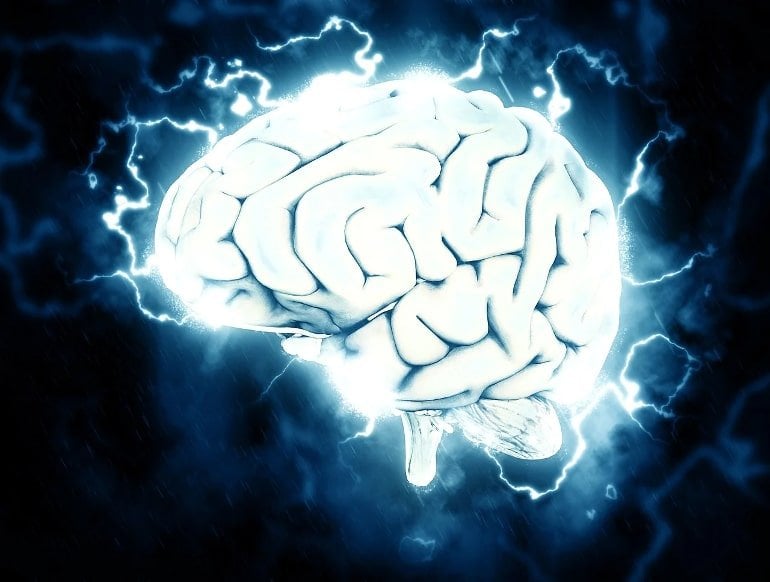