There’s at least one other sign that Apple is rethinking its old conventions. Mark Gurman at Bloomberg reported earlier this year that the company is considering letting people set third-party apps as the default for actions like writing emails and web-browsing, rather than Mail and Safari. The move would be great news for Apple’s power users, but make no mistake: If this happens, it would likely be because of the heightened antitrust scrutiny the company faces from US lawmakers and the European Union. (Just don’t expect Tim Cook to dwell on that too much that on-stage.) Curiously, the conversation around this move has died down since Bloomberg broke the news in February, so we’ll just have to see how things play out.

Beyond all that, Apple has been working on several updates to its slew of preloaded iOS apps. According to MacRumors, Apple is working on a “mention” system for iMessage so you can nudge specific people in your group chat, as well as the ability to retract your messages after you’ve sent them.  Safari may automatically translate websites in other languages, much like Chrome does now.

Some reports also suggest we’re getting new first-party apps this year, like an augmented reality project code-named “Gobi” that displays information when pointed at an Apple-made QR code. Apple has reportedly between working with brands like Starbucks on early demos, one of which signs people up for the coffee chain’s loyalty program. The details are pretty thin at this point, and we probably shouldn’t be spending too much time in stores with strangers anyway, but thankfully Apple’s AR push doesn’t end there. Remember the revamped “Find My” app that debuted in iOS 13? A crucial update this year should allow you to use augmented reality to help track down lost devices.

Apple might also reveal a new Fitness app that allows people to download guided workout videos, which seems like a handy way to help users work out while sheltering at home and potentially siphon revenue away from services like Peloton and Nike Training Club. (You know, since services are so important and all.)

And just to top it all off, 2020 might also be the year you start unlocking your car with your iPhone or Apple Watch. The code for this “CarKey” feature has already been spotted in recent builds of iOS 13, which suggest it’ll be introduced well before iOS 14 ships later this year. That said, 9to5Mac spotted other references in a leaked version of iOS 14 that suggest BMW will be the first carmaker to embrace this feature.

Thu Jun 18 , 2020
Sheffield Children’s Hospital Coronavirus Article Bar with counter .. A 13-day-old baby has died after becoming infected with coronavirus, NHS officials have revealed. The infant, who is not known to have had any underlying health conditions, passed away on Monday at Sheffield Children’s Hospital having been rushed there after becoming […] 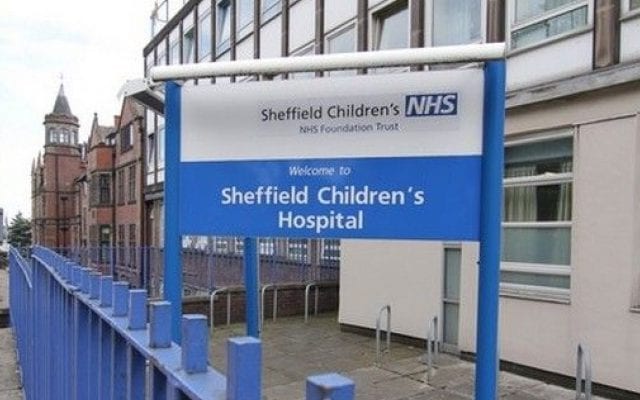