UNITED NATIONS (AP) — The Latest from the U.N. General Assembly (all times EDT):

Venezuelan President Nicolás Maduro has blasted the United States as “the most serious threat to peace in the world” in a speech to the U.N. General Assembly while calling for the Trump administration to lift punishing sanctions.

In a lengthy speech, Maduro said his nation is prepared to resist “criminal, inhumane aggression” aimed at ousting him from power while also leaving open the possibility of dialogue.

The message touching on topics ranging from COVID-19 to recent U.S. protests was prerecorded and played before the U.N. gathering Wednesday.

Maduro didn’t attend the annual event last year amid mounting pressure from the U.S. and nearly 60 other nations to step down.

The virtual gathering this year allowed him to return to the world stage.

The speech comes as Maduro gains an upper hand in the political feud with Juan Guaidó. The U.S.-backed opposition leader is expected to deliver his own remarks online this evening.

Afghanistan’s president is urging the world to help his war-battered nation achieve peace amid talks with the Taliban aimed at ending nearly two decades of conflict.

Ashraf Ghani made the appeal Wednesday in a prerecorded speech to the U.N. General Assembly, saying the country faces “multiple drivers of turmoil all at once” but “peace remains our most urgent and important priority.”

A U.S.-led coalition ousted the Taliban from power in Afghanistan in 2001 for harboring Osama bin Laden, the architect of the Sept. 11 terrorist attacks. The Trump administration signed a peace deal with the Taliban in February and the long-delayed talks finally got underway in Qatar on Sept. 12.

At the talks, Ghani said, “the Afghan people have a clear and urgent priority: a cease-fire.”

He called on the 192 other members of the General Assembly to help achieve a “sovereign, united and democratic Afghanistan.”

The Afghan president says that outcome would show “how our collective will can overcome the turmoil and uncertainty that defines our world today.”

Interim Bolivian President Jeanine Áñez has told the virtual U.N. General Assembly that her nation’s upcoming election is a choice between liberty and oppression.

The South American leader barely touched on the coronavirus pandemic, instead speaking about her country’s inner turmoil in a prerecorded video Wednesday.

Bolivia is slated to hold an Oct. 18 presidential vote that had been delayed by the pandemic.

Áñez took power following Evo Morales’ ouster in November 2019. She recently dropped out of the upcoming race, saying she wanted to avoid dividing the votes of people who oppose the return of Morales’ party.

Morales was the country’s first indigenous president and resigned under pressure from the military and police amid widespread protests.

Human Rights watch recently concluded that terrorism charges against Morales appear to be politically motivated and part of a wider campaign by Bolivia’s interim government to use the justice system against political opponents.

The interim government has denied the allegations.

Ukrainian President Volodymyr Zelenskiy has used his speech before the U.N. General Assembly to urge the “de-occupation” of Russian-annexed Crimea and remind the world that his country is stuck in a frozen war with Moscow-backed rebels.

Zelenskiy made no reference to the United States or its upcoming election, in which his country played an unwitting role. This year’s impeachment trial against U.S. President Donald Trump centered on accusations that he pressured Zelenskiy to investigate actions by Democratic rival Joe Biden and his son in Ukraine.

Instead, Zelenskiy focused on Russia in his prerecorded speech Wednesday, calling it “unacceptable when the sovereignty of an independent country is violated by one of the permanent members of the U.N. Security Council.”

Like many leaders, he expressed hope that countries could work together to fight the coronavirus and that the 75th General Assembly “will come down in history as an example of returning to effective multilateralism and effective international solidarity.”

Kenya’s president has given a generational jolt to the 75-year-old United Nations, pointing out that the world body is older than 96% of the global population.

In a prerecorded speech Wednesday at the U.N. General Assembly, Uhuru Kenyatta said the U.N. was created to bring hope to a world in ruins after World War II, “but what does it bring to the world today?”

The statement is fitting coming from an African nation. The continent has the world’s youngest population, with a median age of 19. And that booming population is increasingly impatient with leaders multiple times their age.

African leaders also want to shake up the U.N. system that keeps the global powers of 75 years ago in charge, while Africa’s 1.3 billion people are without a permanent seat on the U.N.’s most powerful body, the Security Council.

This week at the U.N. gathering of world leaders, African nations again have made it clear it’s time that changed.

Honduran President Juan Orlando Hernández says that as a COVID-19 survivor, he’s worried about health and social inequities heightened by the pandemic.

The Central American leader was hospitalized after testing positive for COVID-19 in July.

In a prerecorded video aired Wednesday at the U.N. General Assembly, Hernández said that in the global rush to stock up on medicines and hospital equipment during the early months of the pandemic, “only a few countries were able to get ample access.”

He added, “It wasn’t those who are the most in need.”

Nations that produce supplies frequently held on to them for their own population. Hernández asked, “What about the rest of the countries? People die?”

Hernández likewise questioned who will get access to a vaccine.

He concluded by noting that, “The virus has reminded us in the most difficult way that in the end we are all humans — vulnerable, members of the same species.”

Honduras has diagnosed over 72,000 cases in the nation of 9.5 million.

Lebanon’s president called for the international community’s support to rebuild the country’s main port and destroyed neighborhoods after last month’s catastrophic explosion that decimated the facility.

Most urgently, he said the country needs the international community’s support to rebuild its economy and its destroyed port. He suggested breaking up the damaged parts of the city into separate areas and so that countries that wish to help can each commit to rebuilding one.

The Aug. 4 explosion was the result of nearly 3,000 tons of improperly stored and rotting ammonium nitrates igniting at the port. The blast killed nearly 200 people, injured 6,500, and left a quarter of a million with homes unfit to live in.

An investigation is underway, but no one has been held accountable so far. Aoun, in his speech, said Lebanon had requested assistance from certain countries, particularly for soil samples and satellite images, and was still waiting for their results.

Kazakhstan’s president says the world has witnessed collapse of international cooperation in response to the COVID-19 pandemic and is close to a state of “global disfunction.”

He said this is a “make-or-break moment” for humankind.

The Kazakh leader called for upgrading national health institutions, taking politics out of the development of a coronavirus vaccine and revising regulations to increase the World Health Organization’s capacity “and to develop national capabilities in preventing and responding to diseases.”

Tokayev suggested establishing a network of regional disease centers under U.N. auspices, and a new “International Agency for Biological Safety” based on the 1972 Biological Weapons Convention and accountable to the U.N. Security Council.

Iraqi President Barham Saleh is asking for international assistance to cope with the many crises facing Iraq amid the COVID-19 pandemic.

Despite limited resources resulting from years of wars, blockades and violence, Iraq has implement some measures to stem the spread of the coronavirus, Saleh said in his prerecorded address to the U.N. General Assembly. But the “journey has been long and arduous.”

Weak infrastructure in the face of rising case numbers is a constant challenge, Saleh added.

“Developed nations must provide assistance to developing nations to create an environment to fight the pandemic and limit its harmful effects,” he said.

A severe drop in oil prices has compounded economic woes brought on by the pandemic, he said. He also renewed calls for the international community to put in place an coalition to fight corruption, saying mismanagement was a “scourge” in his country that enables terrorist financing.

“Indeed we cannot eradicate terrorism, if we do not dry up its financing,” he said.

Wed Sep 23 , 2020
Photo credit: Hearst Owned From Cosmopolitan If you need mental health assistance right now, call the NAMI Helpline at 800-950-NAMI or text “NAMI” to 741741. Black lives matter, and so does Black mental health. The Health and Human Services Office of Minority Health reports that African Americans are 10 percent […] 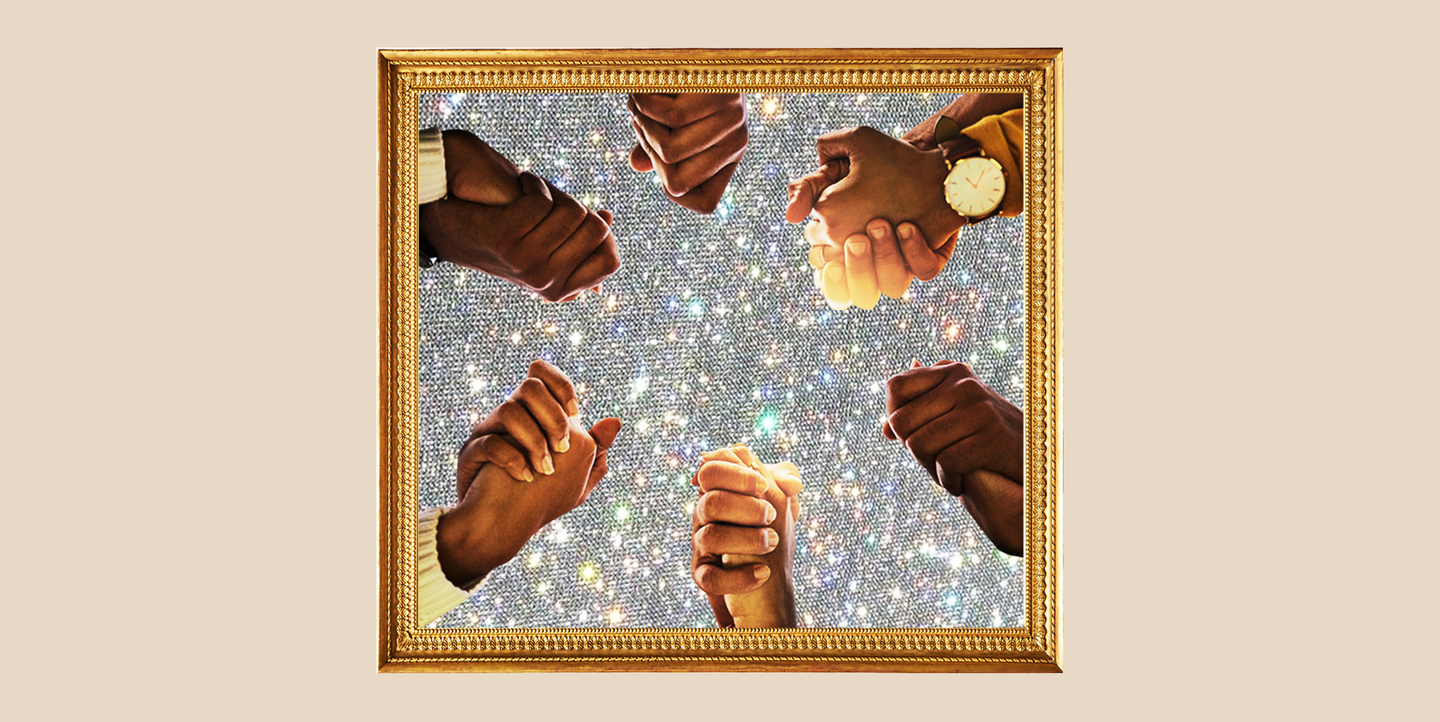