An electron microscopic image that shows SARS-CoV-2, the virus that causes COVID-19 Handout Text size Scientists at the University of Pennsylvania and the biotech firm Regeneron are investigating whether technology developed for gene therapy can be used to make a nasal spray that will prevent infection with the new coronavirus. […]


Scientists at the University of Pennsylvania and the biotech firm Regeneron are investigating whether technology developed for gene therapy can be used to make a nasal spray that will prevent infection with the new coronavirus.

The idea is to use a weakened virus as a delivery truck to carry genetic instructions to cells within the nose and the throat, which will in turn create powerful antibodies to stop SARS-CoV-2 from invading our bodies.

“The advantage of our approach is that you don’t need a competent immune system for this to be effective,” James Wilson, a professor of medicine at Penn who is leading the project told AFP.

The technology is currently being tested in animals and Wilson believes that, if successful, it could provide people with around six months of protection from a single dose, sprayed up the nose, and therefore complement vaccines that could soon be approved.

Wilson is a pioneer of gene therapy — delivering genetic code into a patient’s cells to correct for defects and treat disease.

His research team discovered that the Adeno-Associated Virus (AAV) group of viruses, which infect both humans and other primates but aren’t known to cause disease, can be engineered to ferry healthy DNA into cells.

This approach led in 2019 to the approval of Zolgensma, the first drug for the treatment of spinal muscular atrophy, and today AAVs are being investigated for dozens of more possible applications.

Wilson was contacted by the US government in February to see if he and his lab could use the technology against Covid-19.

But it wasn’t until Regeneron developed two promising lab-made antibodies against the coronavirus, which bind to a surface protein of the pathogen and stop it from invading our cells, that his team could move ahead.

Regeneron’s antibodies are themselves in clinical testing but have received emergency approval for patients with mild or moderate Covid-19 who are at high-risk of getting severe disease — and were notably used recently to treat President Donald Trump.

Researchers are hoping that the nasal spray could be squirted through the nostrils, enter nasal epithelial cells, and hijack their protein-making machinery so that they make Regeneron’s antibodies.

Since the coronavirus enters the lungs through the nasal passage, the spray could halt the infection in its tracks.

What’s more, AAVs cause only a  mild immune response so the side effects could be less severe than the frontrunner vaccines, which work by training the immune system to recognize a key protein of the virus.

Penn and Regeneron hope to complete their animal studies by January, before applying to the Food and Drug Administration to begin human trials.

Wed Dec 2 , 2020
Online shopping has seen a significant boost in sales amid the COVID-19 pandemic, as 44 percent more people made purchases online between Thanksgiving and Cyber Monday this year, according to the National Retail Federation (NRF) and Prosper Insights & Analytics. The survey collected information from 6,615 adults and found that […] 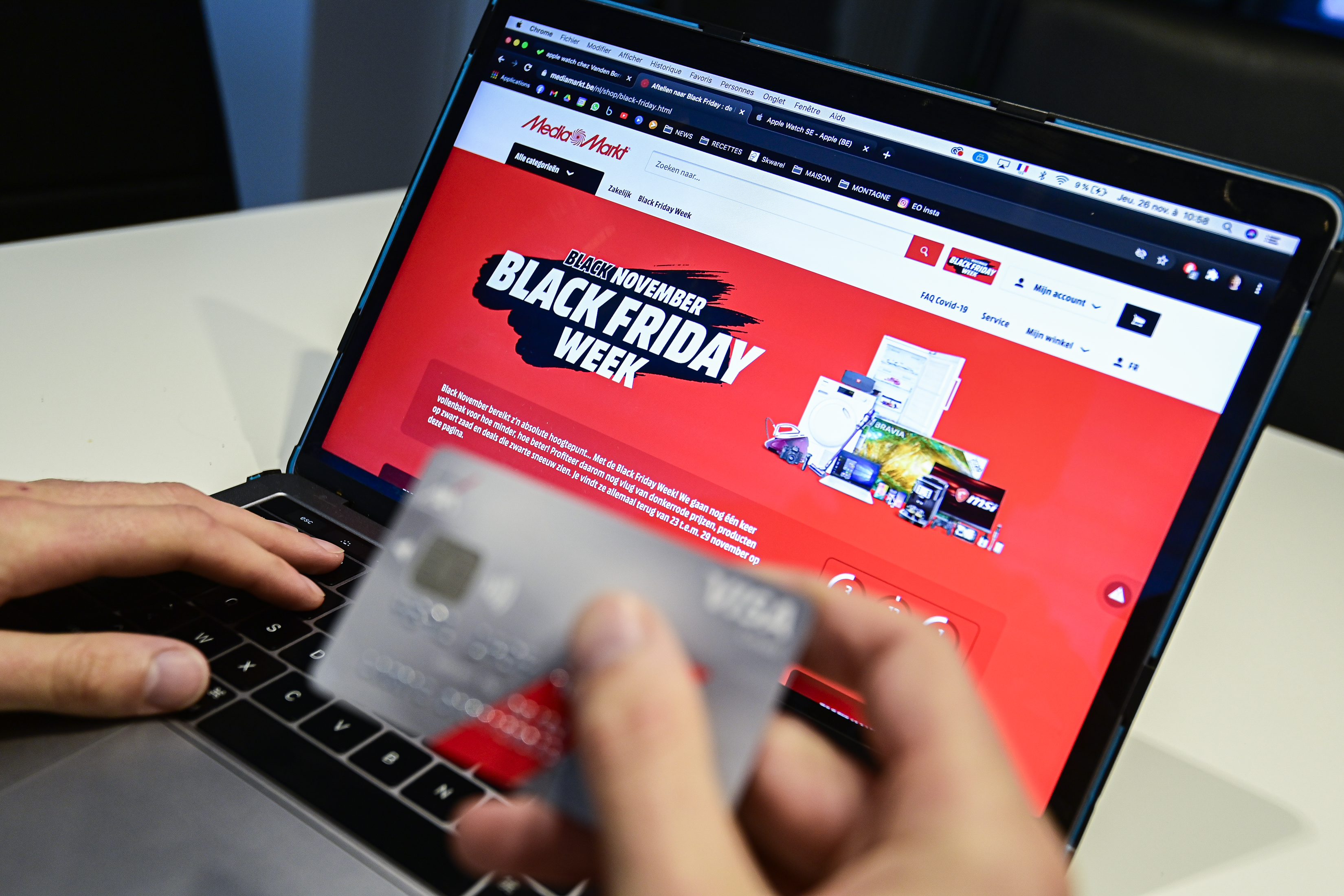