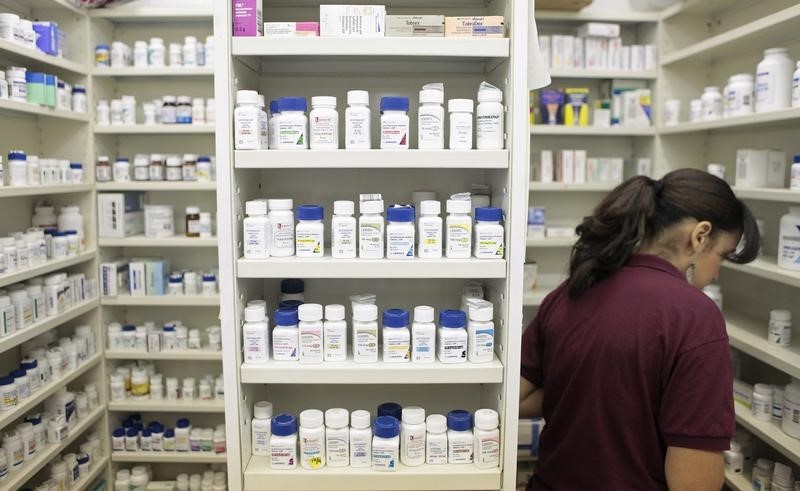 * Shift of API production from Europe to Asia since 2000

* Need to focus on diversification-EU official

BERLIN, Oct 7 (Reuters) – European drugmakers will struggle to bring production back to the region, but the industry needs to diversify supplies to avoid shortages, a top EU official said on Wednesday, as worries grow about Asia’s dominance of the generic ingredients market.

A study by German generics lobby Pro Generika found two-thirds of generic drug ingredients are now made in Asia, underscoring fears that Europe’s dependency on the region could lead to bottlenecks and shortages.

European governments were particularly rattled at the start of the coronavirus outbreak when India, one of the biggest producers of drug ingredients, banned exports of certain products relevant to the pandemic.

EU Industry Commissioner Thierry Breton said the crisis had laid bare how some countries were using the supply of drugs as “a new kind of diplomacy” and said it was important to focus on which critical drugs needed to be made in Europe rather than re-locating the whole supply chain.

“We just have to make sure that in the balance of power we can supply our needs (…) while changing our approach and diversifying our source of supply and to relocate some of them,” he told a health conference.

The study analysed global production of 565 active pharmaceutical ingredients (APIs) and found 63% of the quality certificates, which grant them suitable for use in medicinal products, were held in Asia, up from around 31% in 2000.

More than 80% of Asia’s certificates are held by manufacturers in India and China where the majority of producers are concentrated in just a few states and provinces, the study found. For more than half of the APIs, there are only a handful of manufacturers worldwide.

Industry players often complain that they can’t compete with prices offered by Asian suppliers who have lower labour costs and regulatory standards and argue for other factors, such as sustainability, to be considered during drug tenders

“We need to be careful that we don’t shoot ourselves in the foot with the policy measures we take,” he said, adding he hoped the European Commission would draw up proposals for boosting local drug production by November at the latest.

Europe still holds 31% of API certificates, down from 59% in 2000 with producers mainly in Italy, Germany, Spain and France focusing on ingredients with low sales volumes that are complex to manufacture.

Industry players said it was important to focus on stemming further erosion of European drug production by providing incentives to build up state-of-the-art manufacturing.

They pointed to an investment in July by Austria in an antibiotics plant owned by Swiss drugmaker Novartis ‘s Sandoz division in Tyrol – the last large-scale production site for antibiotics in the western World. has also pledged 200 million euros ($236 million) to bolster domestic production of medicines. said rather than the proximity of a supplier, it was seeking to establish at least two sources for key ingredients to have fallback options in case of outages.

Sat Oct 10 , 2020
The days grow shorter and colder, and somehow it’s over six months since we started ­living with Covid-19. Our lives have been drastically altered by this virus and, sadly, the UK’s record has been shocking. We have the highest level of excess deaths in Europe, the deepest recession in the […]