By pushing to reopen schools this fall regardless of whether the coronavirus is still spreading wildly, President Donald Trump is giving up on his own plan to contain the virus.

In April, the White House unveiled ”Guidelines for Opening Up America Again,” which call for business and other activities to resume in staggered phases, depending on local progress in containing the virus.

The guidelines, which are influential but not binding, say states can enter the first phase of reopening if they have a “downward trajectory” of documented cases over 14 days or a lower percentage of positive tests over that time period. Schools should only reopen in the second phase ― after an additional two weeks with cases going down.

Now, though, as the president insists against all evidence that the virus is under control ahead of the November election, those guidelines have gone out the window. Trump is not saying cases should go down before schools reopen. He’s saying schools should open no matter what.

“We’re very much going to put pressure on governors and everybody else to open the schools, to get them open,” Trump said Tuesday. On Friday, he upped the threat, tweeting, “Schools must be open in the Fall. If not open, why would the Federal Government give Funding? It won’t!!!” (Schools are mostly funded by state and local taxes, and federal funds are appropriated by Congress, so it’s not clear how much the president’s threat matters.)

Cases have risen over the previous 14 days in most states, according to a New York Times coronavirus database, with alarmingly high numbers of infections in states that took Trump’s encouragement to “liberate” themselves from public health recommendations. Nationally, the daily death toll is still below its April peak, but the number of new infections has set six daily records in 10 days.

And there’s no indication that things will get better soon, said Leana Wen, an emergency physician and public health professor at George Washington University. Wen has argued that the only way to make it safe to reopen schools is to get the virus under control in the general population. Part of the strategy likely involves closing some businesses, such as bars and nightclubs.

“We need to do the hard work now in order to have any hope of schools reopening safely,” Wen said.

In his various remarks this week, the president hasn’t said anything about the possibility of closing down businesses or curtailing economic activity. Instead, he’s gushed about the jobs numbers, the stock market, the “pretty amazing stat” that out of thousands of children infected in New Jersey, only one has died. He’s whined that European countries are reopening schools without acknowledging that they’ve controlled their outbreaks. And he’s railed against governors who haven’t committed to sending kids back into classrooms five days per week.

A poll last month suggested most voters worry about reopening schools this fall. But that doesn’t translate into some cheap political benefit for the president’s opponents. School closures are horrible. Kids aren’t learning and their parents are miserable. People probably understand, however, that there’s a grim balancing act, that their sacrifice might buy a general reduction in illness and gasping death.

Recognizing a scientific consensus that the virus spreads by people breathing and talking near each other for extended periods, the Centers for Disease Control and Prevention has said schools ought to try to keep students six feet apart. Since most schools don’t have enough space to do that, some governors are announcing schemes that would allow different groups of students to take turns going to class two or three days per week.

Instead of working with Congress to help schools find more space, or to ramp up testing for the virus, or to afford cleaning and personal protective equipment, or to invest in ventilation systems that could reduce the number of virus particles circulating through classrooms, the White House has decided all of a sudden that the CDC guidance is actually bad and should be changed.

Trump tweeted this week that he disagreed with the CDC “on their very tough & expensive guidelines for opening schools” and “will be meeting with them!!!” Vice President Mike Pence, chair of the administration’s coronavirus task force, then said that there would be new guidance for schools and that the White House never intended for states to actually follow the original recommendations.

“If states can’t meet those guidelines, then they’re not safe to reopen,” Wen said.

But the White House has seemingly settled on a new mantra. “The virus is with us, but we need to live with it,” as a senior official told NBCNews.

Congress, for its part, is on recess, but might pass another coronavirus stimulus bill later this month. Democrats have proposed $100 billion for schools, while Republicans are preoccupied with stopping a feared wave of coronavirus-related lawsuits against schools and businesses that open up ― a tacit admission that doing so won’t be remotely safe.

The school situation is starting to look like a crisis. Staying home has awful consequences for children, and the American Academy of Pediatrics has said the ultimate policy goal should be for kids to be physically back in school full time, noting that children seem less likely to spread the virus or suffer severe illness.

“The severe negative impacts of keeping schools closed, including mental and social development, are well documented, including by pediatricians,” White House spokesman Judd Deere said in an email. “The president wants to see schools open and the administration is committed to working in partnership with university presidents, superintendents, principals, counselors, teachers, health professionals, parents, and students to ensure in-person learning resumes in a safe and healthy way.”

But the administration is acting like it does not actually want schools open in the fall, said Ashish Jha, professor of global health at Harvard University.

“On the one hand their words are saying schools must open,” Jha said. “Their actions suggest they’re giving up on schools being open in large parts of the country. You can say whatever you want, but schools will not be able to open and stay open with the kinds of outbreaks we’re seeing.”

Here’s what’s going to happen, Jha said, in places that head into the school year without controlling the outbreaks first: The business community will pressure local governments to open the schools so that working parents can return to their jobs. COVID-19 symptoms may be mild in children, but teachers will start getting sick, their unions will revolt, and schools will close again. The whole year could be lost.

“We have one shot to open schools this fall and we’re squandering it,” Jha said.

This article originally appeared on HuffPost and has been updated.

In heated political moment, Goya latest company to get stung

Fri Jul 10 , 2020
SILVER SPRING, Md. (AP) — The supercharged U.S. political landscape has grown potentially more perilous for companies ahead of the 2020 presidential election as Goya, a food company with a tremendously loyal following, discovered this week. The company that makes products used in many Hispanic cuisines, but whose following extends […] 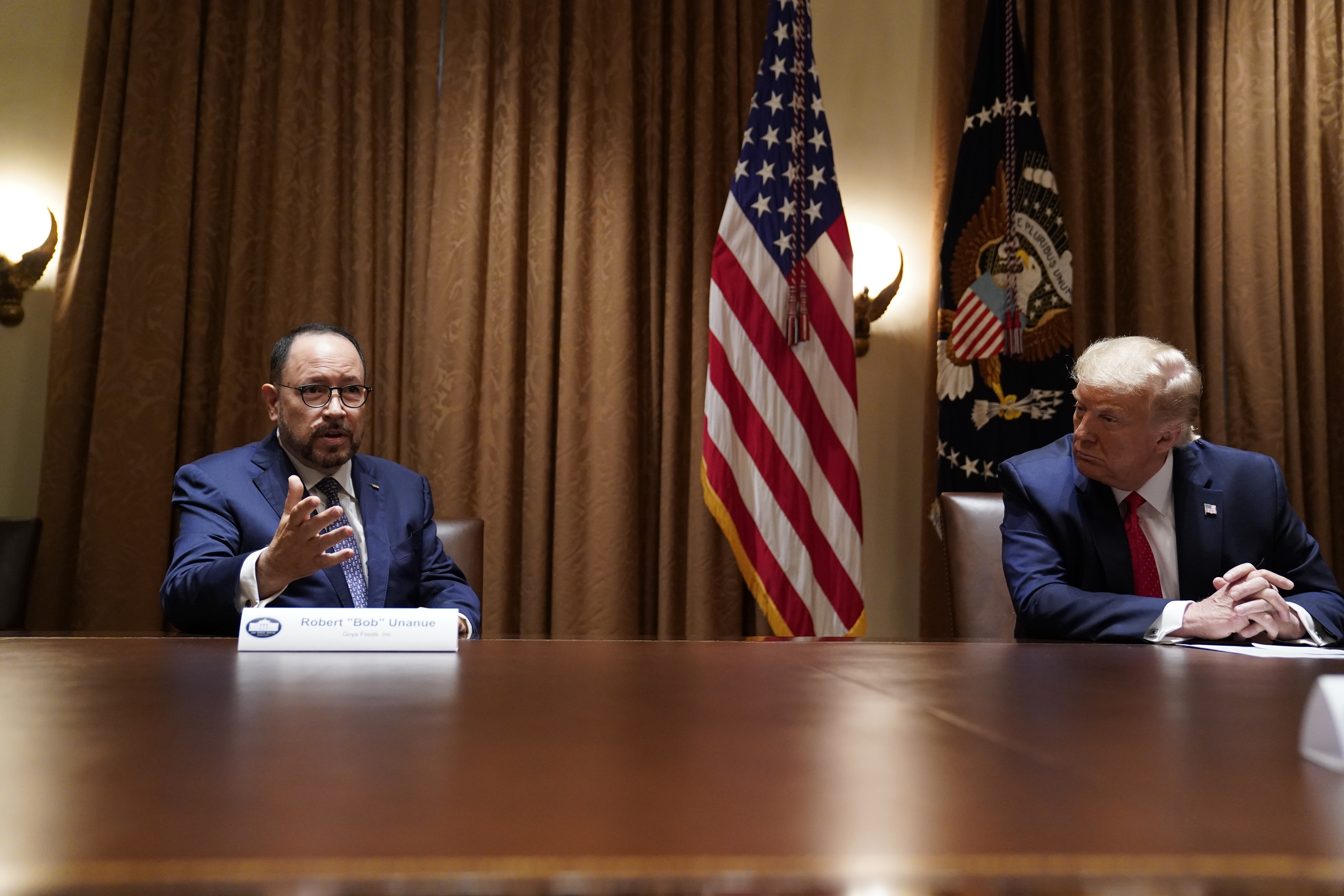