It’s rare that a blockbuster sequel lives up to the original, as President Donald Trump’s re-election campaign is learning in the final stretch of the election season. Even as it pulls out all the stops, using previously sacrosanct powers of the presidency in the process, the campaign — following the lead of the man atop the ticket — keeps falling back on the exact same shtick that got him into office in the first place, as the Associated Press accurately noted. If this were a film, it would feel more like “Caddyshack II” than “The Empire Strikes Back.”

It’s rare that a blockbuster sequel lives up to the original, as President Donald Trump’s re-election campaign is learning in the final stretch of the election season.

If we revisit Trump’s win four years ago, we can pull out four key elements in the lead-up to the twist ending: an influx of outside help from overseas; a timely reminder of Trump’s opponent’s historic levels of unpopularity; a flooding of the zone online in the run-up to the election; and a frenzied base ready to turnout over suppressed Democrat voters.

The result hasn’t quite got the same zing as the original. This time around, there’s no Wikileaks drip of emails stolen from his opponents for a receptive campaign to capitalize on. Russia is instead focusing its energy on just amplifying what Trump actually says and calling it a day.

Instead, we have a Rudy Giuliani-coordinated effort to push a set of alleged messages allegedly found on a laptop that allegedly belonged to Hunter Biden. The jury is still out on whether this operation is at all foreign influenced instead of a scenario where Rudy Giuliani got played yet again — the FBI is reportedly investigating now. But the possibility of this becoming the next “But her emails!” is fading by the day.

Speaking of her emails, Trump’s attempts to manufacture another Act III intervention from the Justice Department isn’t going as well as he’d hoped either. FBI Director James Comey’s decision to announce a new re-opening of the Clinton case on Oct. 28, 2016 threw the race for a loop. This time around, Trump placed his hopes into US Attorney John Durham, who’s been working since last year to investigate the origin of Mueller’s investigation. What better flourish ahead of the credits than being proven right about Russiagate being a political hitjob?

Attorney General William Barr hasn’t been playing his assigned role. He told members of Congress that Durham’s report won’t be done ahead of the election, cutting a crucial scene from the sequel’s script. An investigation into the “unmasking” scandal that briefly thrilled right-wing media also quietly wrapped up recently without any wrongdoing found or charges filed against Obama-era officials, despite Barr’s boss railing at him on live television for not targeting his political enemies directly.

That includes Clinton, whom attendees of Trump’s rallies still occasionally demand be arrested, even if the words “Lock her up” have lost their original power. Clinton at this same time in 2016 was deeply unpopular among voters — 50 percent of respondents to an NBC News/WSJ poll at the time had a negative view of her versus 40 percent who viewed her positively. Setting aside the role that sexism played in that 10-point gap, Biden just doesn’t face the same hurdle in winning over hearts and minds — he’s sitting at 43 percent positive, 42 percent negative, an NBC News piece comparing the difference in his and Clinton’s position in the polls points out.

A few recent attempts to define Biden negatively have laughably backfired. Trump advisor Mercedes Schlapp to compare Biden’s performance at a town hall on Oct. 15 to watching “Mr. Rogers’ Neighborhood,” drawing confusion as to just who would take being compared to Fred Rogers as an insult. And as part of Giuliani’s dump, the New York Post published texts between Hunter and the former vice president, including one where Biden addresses his son as “Good morning my beautiful son. I miss you and love you.” Not exactly the stuff of nightmares for undecided voters.

So let me get this right. The closing argument from the Trump campaign is Joe Biden is a Mr. Rogers who will listen to the scientists on COVID?

Moving on, what about Trump trying to get more attention through Twitter like he did back in 2016? Let’s face it: We are all very tired of Trump’s tweets, even as his campaign becomes more Extremely Online than ever. Ever since he left Walter Reed military hospital earlier this month, he’s been tweeting up an absolute storm, often focusing on issues that most voters find it hard to know or care about. As the AP correctly pointed out, what average voter do you know who can tell you who “Bruce Ohr” is? And with Facebook and Twitter still reeling from scrutiny over their performance in the last election, the social media giants have slowly become more willing to pushback on Trump’s falsehoods online.

Not even his cheapest tricks from the last cycle seem to be working. The one area where Trump’s recycled material is doing well is the final plot point: Rallying his base to turn out to the polls. Which shouldn’t be surprising — franchise devotees will lineup for a new release even if their expectations have fallen. Trump for his part has been tailoring his rallies lately for these megafans, focusing on his own personal grievances instead of things that broadly concern the electorate, and telling well-worn stories that some attendees have memorized like their favorite “Star Trek” episode. In effect, though, he’s risking alienating everyone who hasn’t memorized the vast web of characters and plots that make up the Trump Cinematic Universe.

Can Trump still eke out a win? Sure, anything is weirdly possible thanks to the byzantine systems that govern our elections, like the Electoral College and the myriad of state election laws currently being evaluated in the courts. But so far, despite a massive budget and bringing back most of the stars of the original cast, this sequel is looking like it’s set to earn two thumbs down.

Now then, how about some links to start off your Tuesday? Here’s what you should be reading:

NBC News: Chief Justice John Roberts sided with the Supreme Court’s liberal wing to allow mail-in ballots cast in Pennsylvania to be received and counted up to three days after Election Day, which is huge.

BuzzFeed News: Russia sent the U.S. a few dozen ventilators at the height of the pandemic as a goodwill measure. They didn’t work and FEMA threw them out without using them, so there’s a metaphor.

WSJ: Africa’s largest city was totally shutdown on Monday as anti-police brutality protesters filled the streets of Lagos, Nigeria. (I missed these too before this story and I absolutely blame the election’s black hole-like drain on our attention.)

The Verge: Chinese company Foxconn promised to bring a ton of jobs to Wisconsin in a deal that President Trump himself helped negotiate. I bet you can’t guess how it turned out!

NYT: And finally, California state senator Scott Wiener wrote a great piece on what it was like to be targeted by QAnon — and it’s both thoughtful and kind towards the people who’ve fallen for the conspiracy.

Hayes Brown is a writer and editor for MSNBC Digital, where he helps frame the news of the day for readers. He was previously at BuzzFeed News and holds a degree in international relations from Michigan State University.

Gildead Defends Remdesivir After WHO Study

Tue Oct 20 , 2020
Gilead Sciences headquarters sign is seen in Foster City, California on April 30, 2020. Josh Edelson/AFP/Getty Images Text size After building big businesses in drugs for HIV and hepatitis, Gilead Sciences has been shaking off competitors who nip at its heels, while placing big bets on new products to fight […] 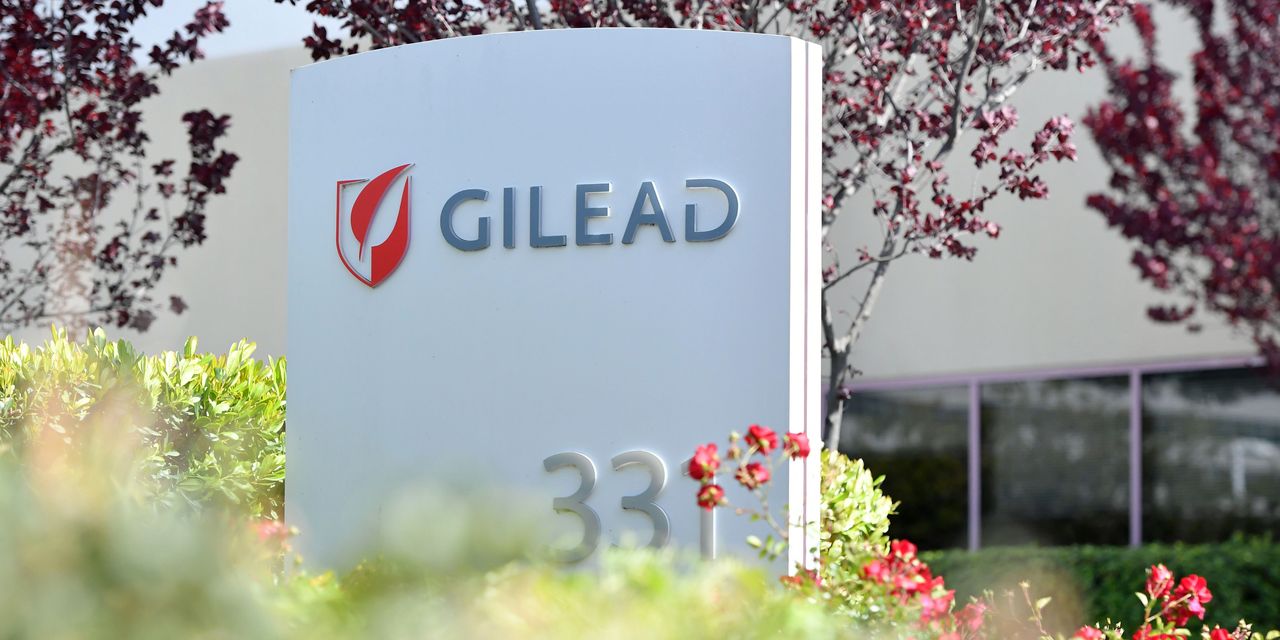