Chelsea are beginning to slip through the gears and, certainly with their Champions League campaign, they are now in cruise control. A goalless draw at home to Sevilla has been followed by two thumping wins as they remain on top of Group E with qualification for the last-16 in sight. […]

Chelsea are beginning to slip through the gears and, certainly with their Champions League campaign, they are now in cruise control. A goalless draw at home to Sevilla has been followed by two thumping wins as they remain on top of Group E with qualification for the last-16 in sight.

It was a tough result for Rennes who were undone by a harsh penalty and even more brutal red card although Chelsea will rightly point out they were already ahead through another spot-kick, also despatched by Timo Werner who now has six goals in six games.

There are more pleasing statistics for Chelsea with goalkeeper Edouard Mendy, facing the club he left in the summer, collecting another clean sheet, his sixth in a row. Indeed Chelsea are yet to concede in Europe this season with Mendy only having to make one outstanding save. It is what good goalkeepers do. For Chelsea, in fact, it is five successive shut-outs in all competitions – the first time they have achieved that in a decade.

The only blot for Chelsea was Sevilla turning around the result against Krasnodar in the other group, after trailing 2-0, but, from this position, and with Rennes to face in three weeks time, Frank Lampard will expect them to progress.

It was a horrendous first-half for the Rennes full-back Dalbert, on loan from Inter Milan, who conceded two penalties, collected two yellow cards and was dismissed. It felt harsh but Chelsea fully capitalised with Werner confidently striking both efforts past goalkeeper Alfred Gomis. For the first Dalbert rushed and clipped Werner after the forward cut back into the area. The defender was booked by German referee Felix Zwayer but was it not an effort to play the ball?

For the second there was a long VAR check with the referee going over to watch the pitchside monitor after Tammy Abraham’s close-range shot struck Dalbert on his chest and then the underside of his outstretched arm. Chelsea did not even appeal. Dalbert ran over to protest, was shown another yellow card for the handball and then a red and was off. But was either caution warranted? What happened to doing away with double jeopardy?

Werner’s second penalty was high to Gomis’s left with the goalkeeper having been unfortunate with the first effort. He got a hand to but could only palm into the net. In truth Chelsea had not had to do too much to take what appeared to be a commanding advantage against a team with a man down and with Rennes coach Julien Stephan watching the replays on his phone as he walked along the touchline at half-time shaking his head.

Exciting young players were missing for both sides with Chelsea confirming before kick-off that Kai Havertz had tested positive for Covid-19 and has to undergo a period of self-isolation while, for Rennes, Eduardo Camavinga, still just 17 but already a France international, was injured although that did not dim their ambition as they took the contest to Chelsea.

How Weight Bias May Affect Dogs and Their Owners

Wed Nov 4 , 2020
Last year a cat named Cinder-Block from Bellingham, Wash., broke the Internet when a video of her weight-loss routine appeared all over social media. In the clip, Cinder-Block paws at the edge of an underwater treadmill, getting accustomed to the moving belt one foot at a time. The compelling video […] 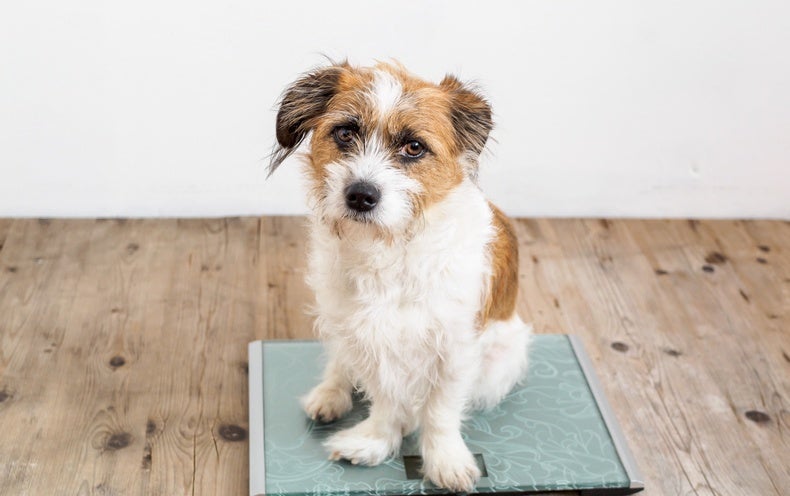