All California residents 65 and older are now eligible to get the coronavirus vaccine as the state expanded its vaccination plan Wednesday following new guidance from the Centers for Disease Control and Prevention.

The state’s working groups overseeing the vaccine’s distribution made the decision following the CDC’s recommendation that states begin vaccinating everyone 65 and up rather than segmenting them depending on whether they have underlying medical conditions.

So far, the state has rolled out the vaccine in phases, targeting the most at-risk demographics like health care workers and nursing home staff and residents first. State officials have grappled with the state’s lackluster vaccination rate, which lags behind many other states. The biggest hurdle, Newsom and other state officials have argued, is demand for vaccine doses simply outpacing supply so far.

The San Francisco Board of Education on Tuesday voted to elect former board vice president Gabriela Lopez to serve as president and Commissioner Alison Collins to be vice president for 2021.

Both Lopez and Collins are former school teachers with experience working and organizing with families to improve the educational system and make education more equitable.

As of Wednesday, residents aged 75 and up can schedule vaccine appointments, in addition to those in Phase 1A comprised of healthcare workers.

“Right now, we are open to those 75 years and older because that is a very high-risk population… that needs to get vaccinated right away,” County Counsel James Williams said during a news conference on Wednesday.

Though individuals 75 years and older are part of Phase 1B, the vaccine is not yet available to education, food and agriculture and other frontline workers in the same tier.

An Oakland man was arrested for having a loaded/concealed gun following a foot chase with a Berkeley officer Tuesday night, police said Wednesday.

The 27-year-old man was spotted shortly after 9:40 p.m. driving a white sedan south on Fifth Street. When an officer drove toward the vehicle, the driver sped away toward University Village in Albany, where an officer saw the sedan crash into a parked vehicle near Kinkead Way and Red Oak Avenue.

The man fled the officer, who saw him drop a metallic object as he was running that was recovered and turned out to be a loaded gun, according to police.

Free speech issues and the First Amendment will be topics of a discussion Thursday evening with noted constitutional law scholar Erwin Chemerinsky of the University of California at Berkeley School of Law.

Following the riot at the U.S. Capitol last week and Twitter’s ban of President Donald Trump, who was impeached for a second time by Congress on Wednesday, citizens may have questions about the limits to free speech and the First Amendment.

David Snyder, executive director of the First Amendment Coalition, will hold a virtual discussion with Chemerinsky from 5 p.m. to 6 p.m. Thursday to get at some of the answers.

Gilroy police have opened a homicide investigation after a man hospitalized in a shooting on Jan. 2 died of his injuries on Tuesday.

Robert Marks of Gilroy had suffered life-threatening injuries in the shooting, reported shortly before 9 p.m. in the area of Santa Teresa Boulevard and Mantelli Drive. Officers arrived to find Marks in a vehicle at the intersection, and he was taken to a hospital.

It was one of three shootings in Gilroy that weekend.

The victim killed in a Sunday night car crash in Santa Cruz County has been identified as 28-year-old Andrea Dark, according to the county sheriff’s office.

Dark, a San Jose resident, was the passenger in the 2013 Volkswagen Golf that crashed off El Rancho Drive around 9:45 p.m.

The driver, 30-year-old Jesse Lemol Vong, was speeding south on El Rancho Drive before veering off the road into a wooden utility pole, police said. The car went up a dirt embankment where it hit a tree and overturned back onto El Rancho Drive, blocking the road, according to the CHP.

Vong, also a San Jose resident, was arrested on suspicion of felony driving under the influence and then taken to the hospital because of his major injuries.

A 23-year-old man was arrested on suspicion of trading child pornography online after Santa Clara County sheriff’s deputies and U.S. marshals served a search warrant at a home in unincorporated Los Gatos on Wednesday morning.

Samuel Mesa was arrested after authorities went to a home on Woolaroc Drive around 7 a.m. after receiving a tip about child pornography being downloaded and distributed via the messaging apps Snapchat and Kik, according to the sheriff’s office.

Mesa allegedly confessed to the offenses, and detectives seized his electronic devices for further analysis.

Rescue crews, dispatched shortly before 9 a.m., found two vehicles with major damage. The road was closed to traffic as fire and ambulance crews tended to the injured and helicopter ConAir2 took one victim with major injuries to John Muir Medical Center in Walnut Creek, where he is in critical condition. The other victim was taken by ambulance to a local hospital with moderate injuries, officials said.

The collision is under investigation by The California Highway Patrol.

A Menlo Park teenager has been reported missing, police said. Wynne Lee, a 14-year-old who identifies as male, is missing according to a tweet from the San Mateo County Sheriff’s Office.

Lee, who is Asian, was last seen Monday at 3 a.m. when he hired a car service to take him to San Francisco. He is 5 feet, 6 inches tall, weighs 110 pounds, and has brown eyes and pink hair.

He was last seen wearing a tan sweater with the word “NASA” on it and blue pants.

Chang Byeon, 65, is reported to be safe and in Los Angeles, police said.

Byeon had been considered at risk due to dementia, diabetes, and medication needs.

A warming and drying trend is forecast in the Bay Area from Thursday through the late week and into the upcoming weekend, according to the National Weather Service.

Highs are expected to reach the upper 60s to the low 70s, with patchy morning fog and mostly sunny skies later in the day.

Mostly clear night skies will accompany lows in the low to upper 40s.

Calm morning winds will increase to around 6 mph in the afternoon.

Similar conditions will continue through the weekend, with chances of increased winds Sunday.

Thu Jan 14 , 2021
MANSFIELD, Ohio — The brutal balancing act families are facing isn’t new. Teresa Alt Executive Director, of the Richland County Youth and Family Council, says parents are forced to ask themselves, “am I going to, you know, stay home and make sure my kid gets online, or am I going […] 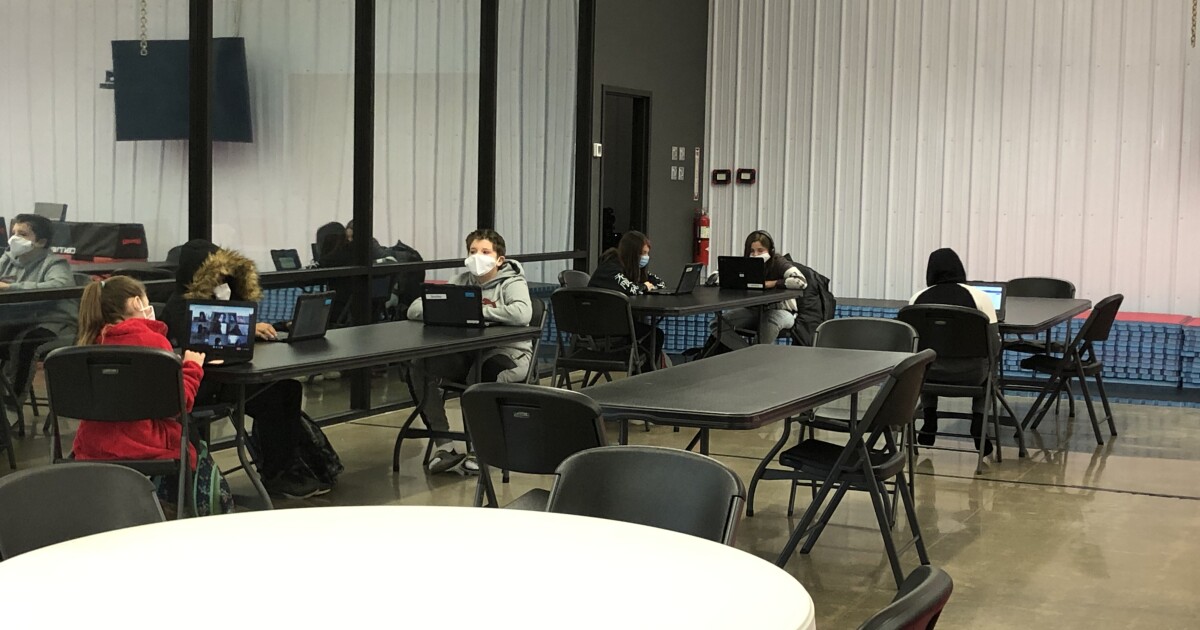