I seem to be alone in Westminster for feeling relieved that Afghanistan is over and our troops are back home – happy, also, to share the shire with Afghan evacuees. I was struck by images of women arriving in the West free of the burka but wearing a medical mask instead. Ladies, you have left the frying pan. Welcome to the fire!

Yes, we cover our faces here for very different reasons, but with the UK population mostly vaccinated and death rates right down, the mask – in so far as it ever offered much protection – is now less about safety, more about making us feel safe. It is talismanic. As soon as the mandate lifted a few weeks ago, I made a pledge to try to avoid wearing one, except in a clinical setting. The last occasion was at the dentist, where I put on a mask to be admitted to a room where, of course, I sat down in the chair and took it straight off.

Like Alice, I hate being forced to do things I know are illogical, but I’m still in a minority – just. The mask broadly persists, along with gels, testing, shouting at each other from a safe distance and, most importantly, that constant drumbeat of statistics that say “it’s not yet over” or “things are getting worse”. Just wait till the schools start again! But rising infection rates are presumably less worrying if more are vaccinated and fewer are dying.

And saying the lockdown is over till it comes back means it’s not over. Just as the disease, once caught, can flare up again in a lingering, debilitating form – “long Covid” – so we’ve fallen prey to “long lockdown”. A way of life is transformed.

I used to enjoy random days out with Mum: now museums and galleries are only open a few days a week, and you have to book days in advance for a time slot even to see a garden. In London last week, we ambled over to the National Gallery: the queue to look inside the foyer wound around the block. We gave up and tried to get lunch in the crypt at St Martin-in-the-Fields. Shut. So we ate a cold sandwich outside, shielding from the now driving rain beneath an electric awning, until a member of staff accidentally leaned on a button and the canopy retracted. We returned home dripping wet, and swore never to go to the capital again.

Spontaneity – like a carefree and cheap trip abroad – is gone, and there’s no apology for it. Submitting to mindless indignities is treated like the ticket we must rightly pay to enjoy things once taken for granted. Freedom ought to be a first principle, a state of nature, an assumption that unless told otherwise, you can do whatever you want, but the “experts” not only don’t believe this but, I fear, don’t understand it. This is a frightening discovery.

No, the mask is not like the burka, it would be silly to suggest so, but the similarity between religious and health authoritarianism is the process by which a social calamity seems to validate a dogma, that dogma is then enforced by the state but also policed by a paranoid citizenry, until something that ought to be considered onerous or controversial becomes embedded as part of the culture. You wake up to find you are mandated to wear a snorkel in Sainsbury’s.

Unable to rely upon the authorities to reverse this trend, the minority to whom it is invidious are left to test the consensus and break the rules – which I’m starting to think has become the Government’s unofficial strategy, to sit back and watch as the population navigates the rules for itself – with the result that there is a growing gap between, say, the ominous threats made to rail passengers to “mask up or else” and the number of people who do as they’re told. Politicians leading by following, with disobedience the barometer of opinion, is a novel way of running a society.

Denmark, though it does operate vaccine passports, has taken the interesting step of announcing that the virus is “no longer a critical threat to society”. Here in the UK, the Government should likewise declare the war is over.

I’m also delighted that the absurdly named Pen Farthing and much of his flying menagerie managed to get out of Afghanistan.

The argument against him was that he risked putting animals before human evacuees; supporters countered that his plane was privately chartered and the animals went in the cargo hold. It should be possible (I’m sure it was) to help both species at once, and it’s a tribute to our civilisation that we would want to. I find England’s general obsession with animals one of its most humane qualities. The billions spent every year to keep abused donkeys in the lap of luxury might seem excessive, but I’d rather that than bullets and bombs.

I suspect how you see this story depends on your own relationship to animals, and as a dog lover, I can tell you that I’d move heaven and hell to fly my little pup out of Kabul. I wouldn’t bother to do it for a cat, however, because I know it wouldn’t do the same for me. You would probably run onto the tarmac to catch Mr Snuggles’s plane already disappearing into the clouds, a little paw waving down from the first-class window.

From brushing your teeth too much to useless home hacks

Mon Aug 30 , 2021
A NEW teeth whitening product is on the market every five minutes. If it’s not a celeb-pushed kit, it’s a “hack” going viral for being cheap and easy with miraculous results. 1 Trying to get whiter teeth can actually harm your health, if you do the wrong thingCredit: Getty – […] 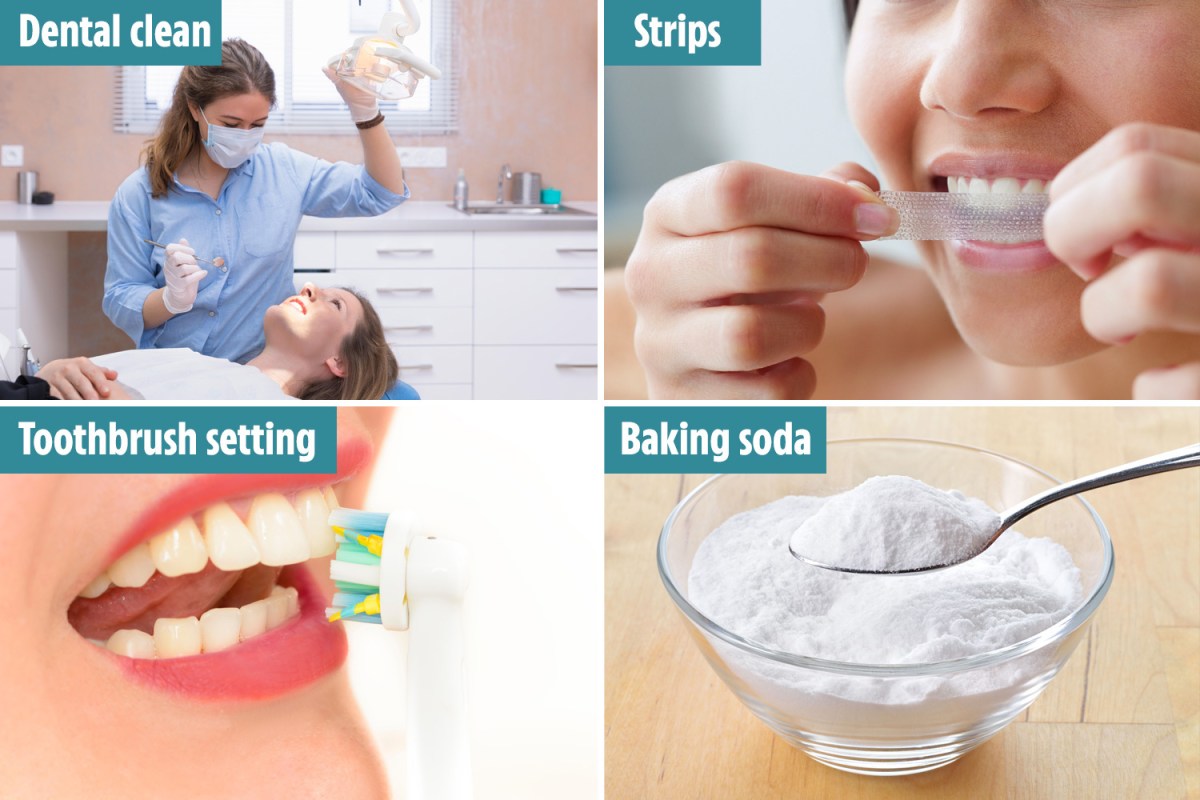