In the age of social media, blogs, and online forums, the most common practice when feeling slightly under the weather has undeniably become to resort to a quick Google search. Unfortunately, when they are not unnecessarily worrying, the answers found on the web are typically inconclusive.

That observation is what prompted Israeli entrepreneur Yael Elish to launch StuffThatWorks, an AI-based online platform that collects crowdsourced data about a host of chronic conditions. The idea being that, unlike Facebook groups or Reddit threads, the information shared by patients is centralized and assessed for quality to readily provide informed data to other users who are enquiring about their own symptoms.

Elish is a former member of the founding team for crowdsourced navigation app Waze, but this time instead of tapping user-generated content to come up with traffic predictions and accident warnings, StuffThatWorks is intended to give users better insights into illness.

A few years ago, Elish’s ten-year-old daughter started developing a chronic condition. Although not life-threatening, the disease was severe enough to be seriously disruptive; but even after several visits to different specialists, Elish determined that formal medical advice wouldn’t help soon enough.

The entrepreneur spent months frantically questioning her Google search bar. After a couple of years, she eventually stumbled upon an alternative treatment that was administered to her daughter – and this time, it actually worked.

“I started realizing that many people faced the same situation,” Elish tells ZDNet. “And the problem is that regardless of the condition, whether the disease has been heavily researched or not, there is no organized database where the effectiveness of different treatments is actually being compared.”

The pharmaceutical industry has a well-documented drug effectiveness problem. Typically, the drug development process includes clinical trials on humans, with cohorts ranging from several hundreds to a few thousand volunteers who test new molecules. Positive results in clinical trials, however, are no guarantee that a particular drug will be helpful for every future patient.

Yet once a new medication is commercialized, little is done to gather feedback on its impact. In fact, some research has shown that this impact is likely to be overestimated. In a 2015 study published in the medical journal BMC Medicine, scientists looked at the effectiveness of common medications prescribed for diseases ranging from pain relief to diabetes. Their conclusion? “We need to be more realistic about drug efficacy,” said the report.

At the same time, chronic conditions, which are defined as diseases that last for one year or more and require ongoing medical attention, are on the rise: it is estimated that six in ten adults in the US have a chronic disease. In England, 15 million people suffer one long-term condition or the other.

Given the lack of insight into drug effectiveness, Elish explains that most patients with a chronic disease currently get treated on a trial and error basis: “We try something, it doesn’t work, so we try something else,” she says. “Personalization is happening on a trial and error basis. In most cases it doesn’t work and you’re stuck with your disease.”

With the advent of the internet, there is no lack of health information online, and the web is already a top destination for many patients who are looking for better treatment. Elish estimates that there are half a million Facebook groups that are health-related; and any hashtag search on social media will provide more answers than necessary to the health questions that users might be asking themselves.

The trend is especially striking among younger generations: according to recent research, nearly nine out of ten teens and young adults say they have gone online for health information. That same report, however, also shows that an overwhelming 94% of respondents found the answers they got online only “somewhat” helpful.

SEE: Digital transformation: The new rules for getting projects done

This is where Elish saw an opportunity. “There are many places where people have these discussions, but not in a structured way,” she says. “The idea is to do the same thing, but collect information in a way that’s organized and normalized, and that can be automatically analyzed. From there, the more people contribute, the more the information becomes personalized.”

As with any crowdsourced project, therefore, the true value of the platform will only unlock once there is enough quality data fed into it. The current challenge consists of convincing a significant first round of participants to share information about their condition, and detail the effectiveness of the treatments they have tried.

StuffThatWorks so far has about 266,500 contributors who have submitted almost 15 million data points about 167 different conditions. As part of the data-gathering stage, the platform is strictly focusing on information provided by patients who have been medically diagnosed with a condition. Upon signing up, contributors are required to fill in a questionnaire that goes into lengthy detail about symptoms, triggers, age of onset, and many other key data points.

An algorithm normalizes the information gathered; the ultimate goal, when the AI system will have quantified and organized enough knowledge to be able to make informed decisions, is to provide personalized advice.

“We are starting to build the knowledge base for the conditions,” says Elish. “The long-term benefit is personalization – from how you compare to other people all the way to which treatment is best for you.”

To make sure that the data collected is legitimate, Elish again turned to crowdsourcing. About 2,000 medical practitioners are currently registered on the platform to vet and validate the information that is gathered, pointing out data that seems at odds with known trends, and advising on the best way to design the questionnaires.

Tal Engel, a gastroenterologist at Assuta Hospital in Tel Aviv, is one of the medical professionals registered to check the validity of the data on the platform. “It’s very interesting for me as a physician to look at this data and find out all kinds of new things,” he tells ZDNet. “Taking data from real patients, with a real diagnosis, we can figure out things that we wouldn’t usually see.”

SEE: Technology’s next big challenge: To be fairer to everyone

Having a consistent dataset that spans a variety of conditions is akin to navigating a 3D map of chronic diseases for researchers – an unprecedented wealth of information that will show new connections between symptoms, diseases and treatments, which could have taken decades to appear in clinical trials.

Clinical trials are homogenous, restricted in size, and expensive; most of the time, they are funded by the pharmaceutical industry, and only go ahead if they are likely to result in profitable products. Engel explains that as a result, getting the right information to investigate certain conditions and treatments can be near-impossible.

Initiatives like StuffThatWorks, according to the gastroenterologist, are heralding the start of a new age in medicine – one with a stronger focus on patients. Rather than starting from physicians’ observations and hypotheses, new research could be triggered by patient-reported leads, placing more power into the hands of those actually affected by symptoms.

“I have already felt a change in patients since the advent of the web,” says Engel. “There is a new generation of patients who want to be part of the process of treatment and diagnosis, and not just be told what they should do.

“Medicine is a closed, old-fashioned system, and now it’s becoming more open. It’s a great leap, but I think it’s the right direction for the medical community and the general public.”

StuffThatWorks is still in its infancy, and how much it will contribute to that leap is yet to be seen. Stemming from patient frustration, the platform certainly reflects the desire for new and adapted treatments – a desire that is also shared by many physicians. And if the project can help put an end to panicked midnight browsing for the potential causes of a mild headache, it’s only for the better.

What to Do If You're Struggling with Mental Health at Uni

Thu Nov 12 , 2020
University is a uniquely transformative time – a magical place where you can encounter your first K-hole, explore casual sex and learn the hard way that you can’t just live off pesto pasta, K cider and rollies. This year’s students are having a very different experience.  Encouraged to head to campus […] 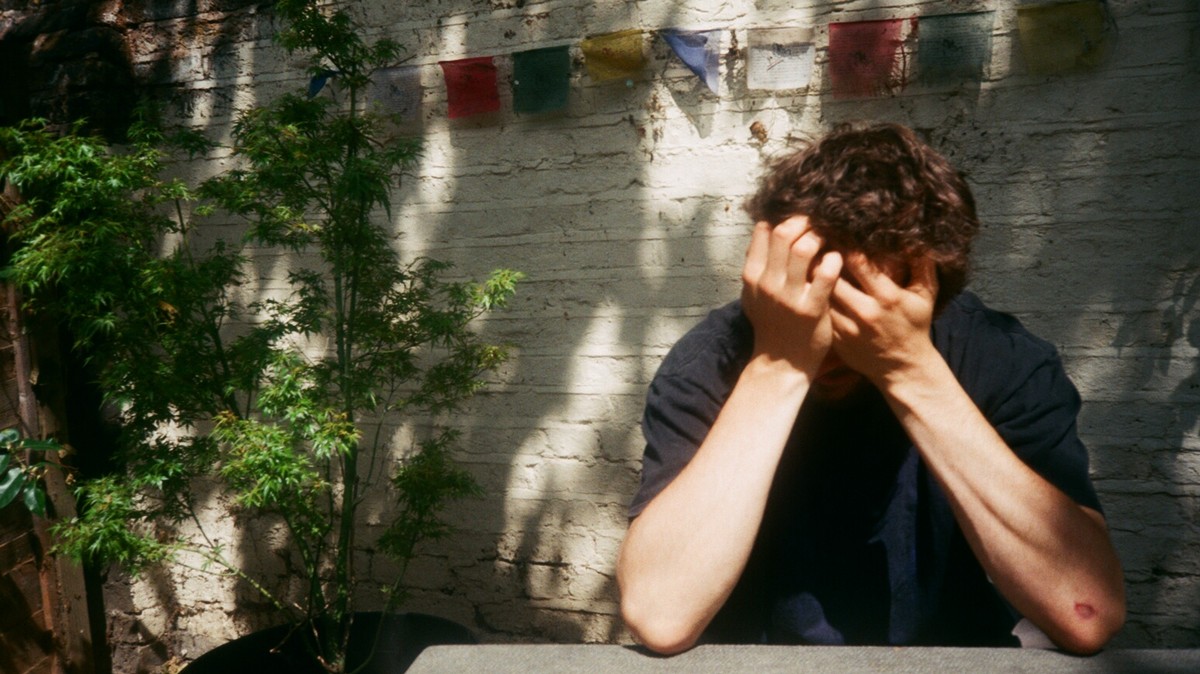