More than 30 people showed up at a last-minute Saturday night vigil in front of the Ohio Statehouse to honor the killing of Casey Christopher Goodson Jr., a 23-year-old Black man who was fatally shot by a SWAT deputy officer in Columbus, Ohio, on Friday afternoon.

According to family members, Goodson was at the side door of their home, having just come back from a dentist appointment and carrying a Subway sandwich, when he was shot three times in the back by Jason Meade, a Franklin County sheriff’s SWAT deputy assigned to the US marshal’s office fugitive task force.

Law enforcement officers, however, tell a different story. They say Goodson drove by and waved a handgun at Meade. The officer then confronted Goodson, who was out of the car by then, and demanded that he drop the gun. When Goodson allegedly refused, the Sheriff’s SWAT deputy shot him, according to the Columbus Division of Police.

“They are lying,” Kaylee Harper, Goodson’s sister, wrote in a Facebook post about the department’s claims. “My brother literally walked across the yard, walked into the back fence to get to the side door, had his Subway [sandwich] and [face]mask in one hand, keys in the other, unlocked and opened the door and stepped in the house before shooting him.”

Meade, a 17-year veteran, is currently not on duty; as of Sunday, he was waiting to be interviewed by the Columbus Division of Police Critical Incident and Response Team, which is leading the investigation.

The shooting comes during a monumental year of nationwide protests against systemic racism and police violence in the wake of the killings of George Floyd and Breonna Taylor. Protests calling for justice in Goodman’s killing are planned on Saturday, December 12.

“Our demand is that the authorities provide the family with answers for Casey’s death and that the officer involved be held accountable,” the family’s attorney Sean Walton said in a press release. “The family and the community demand swift justice for Casey Goodson.”

What we know about the police killing of Casey Christopher Goodson Jr.

As Goodson unlocked the door to his house on Friday afternoon, his 72-year-old grandmother and two toddlers — who were inside the house, near the door at the time — witnessed the shooting happen, according to the family’s attorneys.

But at a press conference on Friday after the incident, Peter Tobin, the US marshal for the Southern District of Ohio — without mentioning Goodson’s name — told a different story. (Goodson’s identity was not publicly confirmed until Sunday, more than 48 hours after his fatal shooting.) The fugitive task force had just wrapped up an unsuccessful search for a suspect that afternoon on Estates Place, where officers claim they saw Goodson drive by and wave a handgun at the sheriff’s SWAT deputy, Tobin said. While Goodson was not the task force’s target, he was the one who ended up shot and transported to the Ohio Health Riverside Methodist Hospital, where he later died.

The attorneys say the family does not believe Goodson would ever wave a handgun at officers. “Casey was 23 years old, he never had any type of crimes. He was good, he worked at the Gap, he loved his family,” family friend Heather Johnson told the Columbus Dispatch. “He just enjoyed being a big brother and enjoyed being with his family, he loved them very much.”

Tobin said a handgun was later recovered, but did not say from where. Authorities, however, did not mention that Goodson, who family lawyers said did not have a criminal background, appears to have been licensed to carry a concealed weapon. (Ohio does not prohibit the open carry of firearms).

Before the sheriff’s office even announced that the Columbus Division of Police Critical Incident and Response Team will conduct a “thorough and transparent investigation” of the shooting, Tobin had already called the shooting “justified.”

“It is troubling that authorities have already stated that they believe the shooting to be justified, prior to any investigation taking place and before any information has been released to the family,” Walton said in the press release. “At this point, witness testimony and physical evidence raise serious concerns about why Casey was even confronted, let alone why he was shot dead while entering his own home.”

Harper launched a GoFundMe online fundraiser for her brother’s funeral costs, which has already exceeded its $9,000 goal. Activists have followed with a list of demands for law enforcement: release body camera footage, show the police reports, allow for an independent autopsy report as well as an independent prosecutor investigation. A spokesperson for the Sheriff’s office said they did not have body cameras, though the Sheriff’s vehicles do have dash-mounted cameras; an autopsy will also be performed this week. Authorities have not offered any further details of their investigation.

“This is not an isolated incident. These are incidents where the police abuse their power and decide they are the judge, jury, and executioner,” an organizer with People’s Justice Project said during Saturday night’s vigil. “We’ve had time to rest and recuperate, and now we have to be out in the streets to support [Goodson’s] family, and tell the true narrative of what happened.”

A closer look at the state of policing in Ohio

The morning before Goodson’s fatal shooting, Ohio Gov. Mike DeWine announced a new statewide minimum standard for law enforcement’s response to mass protests, in an attempt to “rebuild trust” between the community and the police after the summer’s racial justice protests. In September, Columbus Mayor Andrew Ginther said he was upset with the lack of action taken after investigations into officer misconduct. The governor’s new standard includes limiting the use of force and weapons such as prohibiting chokeholds or other vascular neck restraints as well as “bias-free” policing.

“We must rebuild trust between the public and law enforcement, and these changes continue to build on Ohio’s work to improve community-police relations,” DeWine said in a press release. “To gain certification in the new mass protest standard, agencies must develop a policy that protects public and officer safety while also upholding the constitutional rights of expression, assembly, and freedom of the press.”

The summer’s protests against police violence also resulted in the passage of a slew of local police reform ballot measures, including one in Columbus that would create a new office of inspector general and a new citizen oversight panel, which Ginther promised to put in place by the end of the year.

But because the Franklin County Sheriff’s Office is not under the jurisdiction of the city of Columbus, Walton says “it is unlikely that actions by the [Sheriff’s office] would fall under the citizen oversight board. The board will only have the power to review actions of the Columbus Divisions of Police.”

In addition, implementation of the ballot measure may still be difficult due to the Columbus police officers’ union contract. According to the city attorney’s office, without changes to the current union contract, the new commission could be advisory only, which means the decision-making during an investigation on police misconduct will remain in the hands of the police chief. That would only change if unconventional measures — like appealing to the state legislature to change laws that would fully open the door for police reform — were taken.

Family and activists say lack of transparency in the police killing of Goodson shows the need for better police accountability.

“Casey was a vocal supporter of civil rights, freedom, and justice for all,” said Walton. “As I have come to learn more about Casey, what stands out to me is how proud he was to protect his family and to show his younger siblings the right way to live. It is important that his name and legacy continue in a way that is befitting of his short yet powerful life.”

Will you help keep Vox free for all?

There is tremendous power in understanding. Vox answers your most important questions and gives you clear information to help make sense of an increasingly chaotic world. A financial contribution to Vox will help us continue providing free explanatory journalism to the millions who are relying on us. Please consider making a contribution to Vox today, from as little as $3.

Tue Dec 8 , 2020
The Bills return to the scene of their most heartbreaking loss in Arizona to play the 49ers, amid COVID-19 regulations in Santa Clara County, California. BUFFALO, N.Y. — The Bills (8-3) are heading back to Glendale, Arizona, where they suffered a Week 10 loss to the Arizona Cardinals on a […] 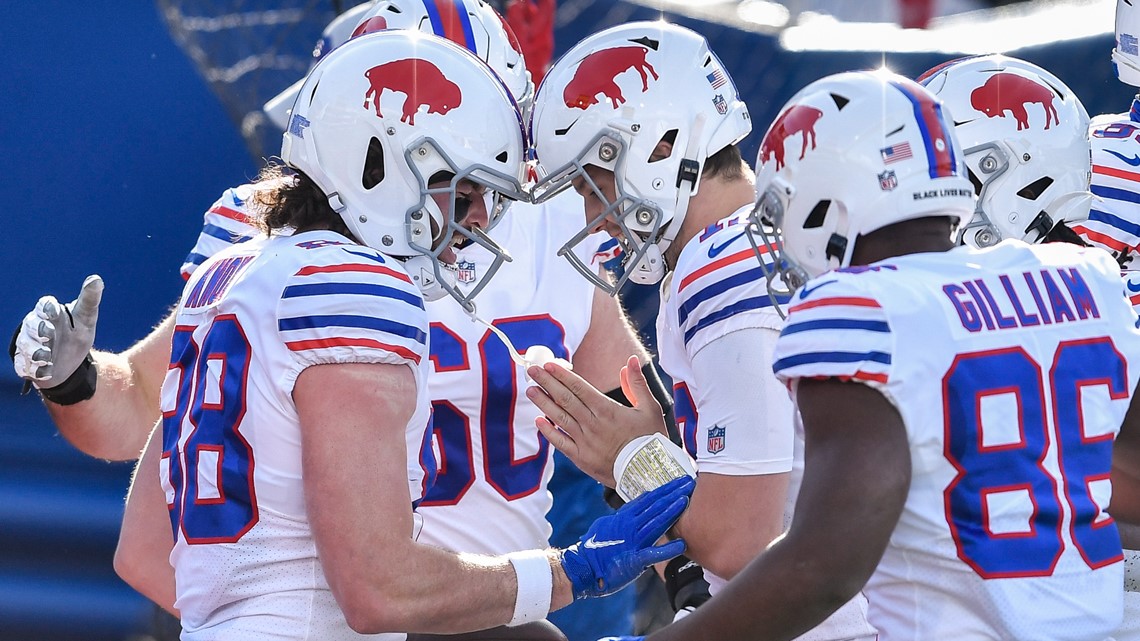