As a mom who had just escaped the two-under-2 phase, I felt like my long-overdue trip to the dentist was a vacation: I was child-free, my feet were up, and I almost fell blissfully asleep as I waited for the perfect report I had received from every dentist I had […]

As a mom who had just escaped the two-under-2 phase, I felt like my long-overdue trip to the dentist was a vacation: I was child-free, my feet were up, and I almost fell blissfully asleep as I waited for the perfect report I had received from every dentist I had visited in my 40 years of life.

Then the dentist walked in and my streak was broken. I had my first cavity ever. Not to worry, he told me. “I see this happen to a lot of moms—especially moms with two kids.” I couldn’t figure out how this had happened. Nothing had changed in my dental care. Could there be something to what the dentist said? Could I somehow blame my kids for my cavity?

My follow-up appointment came and went without fanfare, and I forgot the dentist’s theory as soon as I left his office. But then Stephanie Manganelli, the mother of two toddlers and a co-founder of Stowaway Collection Maternity, happened to mention her own less-than-stellar dentist appointment in a Facebook group for mom entrepreneurs that we are both a part of. When I asked her about it, she said, “I had one cavity my entire life. But when I became a mom, my mouth felt like it was falling apart. After my first son was born, I had five cavities, and after my second, I had 10 more cavities, and now I need a root canal with gum surgery.” Two more members of the group chimed in with tales of their own post-baby dental decline. Could it be a coincidence, or is this really a thing?

Read: What happens to your body after giving birth

To find out more, I posted this question on a different Facebook page for local moms in the New Jersey city where I live: “How would you describe your oral health after having kids?” I suddenly heard story after story about women who developed significant dental issues only after they became mothers. One mother said she had her first root canal three days after delivering her first baby; she went on to have four more root canals and four crowns put in. Another said she’d had more than 10 cavities after the birth of her first child, a root canal after her second, and she’s afraid to find out what’s in store at the end of her third pregnancy. And a fellow jaw clencher provided this cautionary tale: “6 weeks after my first son was born I was at the dentist because I started clenching my jaw at night so much that I broke two teeth. Not fillings. Teeth.”

Some of the women who responded said that they couldn’t find the child care or brain space to schedule their own dental appointments, and some didn’t have the money to pay for the treatments they knew they needed. But some kept up with their checkups, brushing, and flossing—and yet their oral health still took a nosedive.

It seems that when women become mothers, many of them pay for it with their teeth. Jedes kind kostet die mutter einen zahn is an old German saying that translates to “Every child costs the mother one tooth.” There are similar sayings in Danish, Russian, and Japanese. Here in America, we say “Gain a child, lose a tooth,” and that kids suck the calcium out of your teeth.

Stefanie L. Russell, a professor of epidemiology and health promotion at NYU’s College of Dentistry, laughed when I mentioned the last saying. “Logically, that’s not what happens,” she told me. “A fetus does require calcium, but that calcium comes from the bones and gets replenished. Teeth cannot leach calcium.”

While searching for her dissertation topic years ago, Russell, who had recently had a baby, became fascinated by a study in The Lancet that examined 34 pairs of identical female Dutch twins who had different numbers of children and different levels of oral health. In 28 of those 34 cases, the twin with the most children had the fewest teeth. Tellingly, this relationship did not exist with male twins.

While some other studies have found no association between motherhood and number of teeth, Russell’s research supports this link. She conducted a study of more than 2,500 American women. Controlling for factors such as socioeconomic status and maternal age, the study concluded that yes, there is a strong inverse relationship between the number of live births an American woman has had with the number of teeth she has. In short, she found, the more children you have, the more likely you are to have lost teeth. “The relationship is there, but there’s no final answer about why it happens,” Russell told me. “Biological, behavioral, cultural, and sociological variables all play a role.”

No one who has had a child would be surprised by the fact that pregnancy takes a physical toll on a person’s body. In addition to my C-section scar, I have detached abs and my feet are half a size larger than they were before I had kids. Teeth are not exempt from this transformation. Pregnancy gingivitis affects 60 to 75 percent of pregnant women. Fluctuating pregnancy hormones can cause teeth to temporarily loosen. Periodontitis (an inflammation of the gums) has been linked to preterm labor. Some of these conditions will go away after someone gives birth, while others lay the groundwork for more severe problems down the road.

Russell stressed that part of the problem may be that some pregnant people—even those of a higher socioeconomic class—are not getting the dental care they need when they need it. “Dentists used to be taught not to treat pregnant women unless it was an emergency. They were afraid of being blamed or sued if something happened to go wrong with the pregnancy,” she said. Edmond Hewlett, a spokesperson for the American Dental Association and a professor at UCLA’s School of Dentistry, told me that when he graduated from dental school in 1980, dentists were indeed taught to avoid doing anything other than emergency dental work (to treat things like pain and infection) on pregnant women until after the first trimester.

But those precautions were likely unnecessary. In 2013, the American College of Obstetricians and Gynecologists declared, “Ample evidence shows that oral health care during pregnancy is safe and should be recommended,” and the American Dental Association endorsed those guidelines. In reference to the former practice of postponing treatment for pregnant women, Hewlett said, “It was certainly not the age of evidence-based dentistry. It’s well-known now that it behooves us to make sure that our expectant-mom patients are indeed healthy with respect to their oral health.”

Russell said she’s observed that some “old school” dentists still follow previous guidelines and hesitate to treat pregnant women, potentially leaving them with more serious issues after the pregnancy has ended. Both Hewlett and Andre Paes, a professor at Case Western Reserve University’s School of Dental Medicine, acknowledged that there may be some dentists who still haven’t adopted the newer evidence-based guidelines. Paes told me, “As science evolves; treatment strategies change. However, old concepts do not readily disappear, and practitioners need to stay updated.”

On top of that, some pregnant patients aren’t seeking out treatment: A survey done by the insurance company Cigna found that 43 percent of pregnant women skip dental checkups even though 76 percent said they have oral-health issues. To help with that, Russell facilitates an on-site dental clinic within the Bellevue Obstetrics and Gynecology Clinic for pregnant people who are already there for ultrasounds and checkups.

Another possible explanation for mothers’ tooth troubles is simply that having a kid is stressful. “The least-talked-about time during the pregnancy journey is the postpartum period,” Sherry Ross, an ob-gyn based in Santa Monica, California, told me. “Between the lack of sleep, hormonal changes, and mental and physical exhaustion, the body is not strong enough to fight off infections.” Ross said that in addition to oral-health issues, she has seen her patients experience incontinence, hair loss, headaches, back pain, and swelling.

Read: Becoming a parent during the pandemic was the hardest thing I’ve ever done

Paige Bellenbaum is a social worker and the founding director of the Motherhood Center, an organization that provides support for women who have perinatal mood and anxiety disorders (PMADs). She told me that, because of her own severe postpartum depression and anxiety, she didn’t visit her dentist for two years after the birth of her first son. When she finally had a checkup, she remembers the dentist saying something like “Where the hell have you been?” She responded: “I had a baby. My self-care has been in the crapper.”

Still, Bellenbaum stressed to me that dental hygiene is not actually “self-care.” Rather, it is “self-preservation.” Especially in that first year after giving birth, people can feel “trapped, tethered, and touched out,” she said. Routine brushing, flossing, and dental visits can fall to the bottom of the priority list, especially for women suffering from PMADs or even just a “low mood.” “There’s a reason for the saying about putting on your oxygen mask before your child’s. But if you have a hard time putting yourself first, at least make sure you’re a runner-up,” she said.

In the end, neglecting my oxygen mask may have been the cause of my one imperfect dentist visit. I probably can’t blame biology—it’s unlikely that there’s a direct biological line I could draw from my pregnancy to my cavity. Instead, behavioral changes were likely the underlying cause; I had let my own self-preservation slip in service of my kids.

I know now that, as a mother, I will likely lose more teeth than a woman without children, but I don’t intend to do so willingly. I’m paying more attention to brushing well (which takes way longer than you think, by the way), and I’ve started flossing regularly (imagine that!) at night, along with my preschoolers. Now that the kids are older and I have a bit more perspective—and sleep—I intend to hang on to my oxygen mask as if my life depends on it. At the very least, my teeth do. 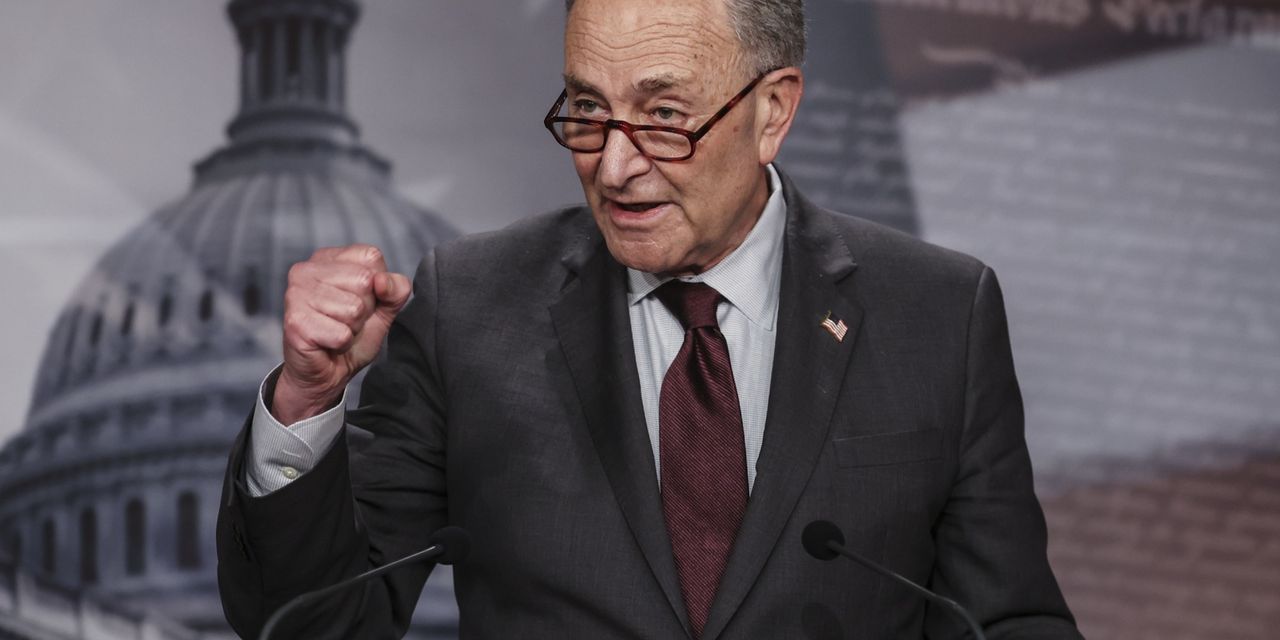