I was 26 years old, standing in my mother’s small kitchen in Bristol, when she told me and my brother, Keir, that she had been diagnosed with ovarian cancer. She was 54 and absolutely not ready to die.

‘You’re not to worry,’ she told us. ‘I’m going to beat this.’ Back then, I didn’t know anything at all about gynaecology – and besides, Mum was an incredibly strong woman, who always did what she said she was going to do. Naively, I didn’t question her promise. In fact, she only had nine months left to live.

I remember Mum as a real force of nature. Open-minded, fun and a fierce campaigner, she’d often take me with her to protests against nuclear power, or for the women’s lib movement. Leading by example, she gave me confidence in myself and encouraged me to follow my dreams.

In September 1999, Mum and I went on holiday together to Barbados. She’d been feeling ill for a while – bloated, and not quite herself – and her doctor had diagnosed fibroids. He recommended she go on holiday to relax, but instead she was constantly out of breath. While we were there, she visited a Bajan naturopath who told her, ‘You’re very ill and you need to go home.’

Back in Bristol, Mum was diagnosed with ovarian cancer and started chemotherapy.

Living in London, I began working double shifts as a waitress in-between acting roles to cover my rent, so that I could then go home to spend time with Mum, tag-teaming with Keir. During one of my stays, in August 2000, she became confused and started talking erratically. I’ve never been so frightened in my life. I called an ambulance, which took us to a hospice, and that evening I sat with her as she took her last breath.

After watching Mum pass away, the pain was breathtaking. At first I was barely able to function, but in the years after Mum’s death I started thinking about doing some campaigning and awareness-raising around gynae-cological cancers.

I wanted to make sure all women, particularly young women, were better versed about their bodies than I had been. Then, in 2013, I got talking to my neighbour, Dr Susana Banerjee, who by chance was the lead oncologist for gynaecological cancers at the Royal Marsden hospital.

When she found out about Mum, she asked if Keir and I would like to help fundraise for her research at the hospital, and by 2014 we’d helped launch the Lady Garden Foundation, a charity that raises awareness and funding for gynaecological health.

In 2019, I hosted a panel for International Women’s Day, which I called, ‘How to make your vagina happy.’ Around 500 women filled the room, and there was a lot of laughter and tears as we talked about gynaecological health. So many women wanted to share their stories, and I realised there was a wider conversation to be had about women’s health – so I had the idea for The Happy Vagina podcast.

A major issue with gynaecological cancers is women’s lack of knowledge about their own bodies. If you don’t understand your cycles and rhythms, how can you tell when something is out of sync? Part of the problem is shame and stigma stopping women from talking openly, and I wanted to help them find their voice.

With the support of the AllBright women’s club, the first episode of The Happy Vagina went out in January 2020. On it, I’ve talked about everything from the gender health gap, with TV presenter June Sarpong, to the future of sex, with an artificial-intelligence expert. It’s hard work and can be emotional, but I absolutely love it.

My mother was a very angry campaigner – her generation needed to be – but this is my way of being a peaceful warrior, of campaigning positively and having fun at the same time. By helping women talk about their bodies, I’m encouraging conversations – ones I hope will prevent more women like my wonderful mum being taken from us before their time. 

As told to Rosie Mullender

Sun Nov 1 , 2020
The thrum of horror-movie vibrations underpinning the science-based documentary “Citizen Bio” may be lurid, but it’s not inappropriate. A principal element in the story, after all, is death—that of Aaron Traywick, who in 2018 was found dead in a sensory deprivation tank, igniting conspiracy theories and bringing a degree of […] 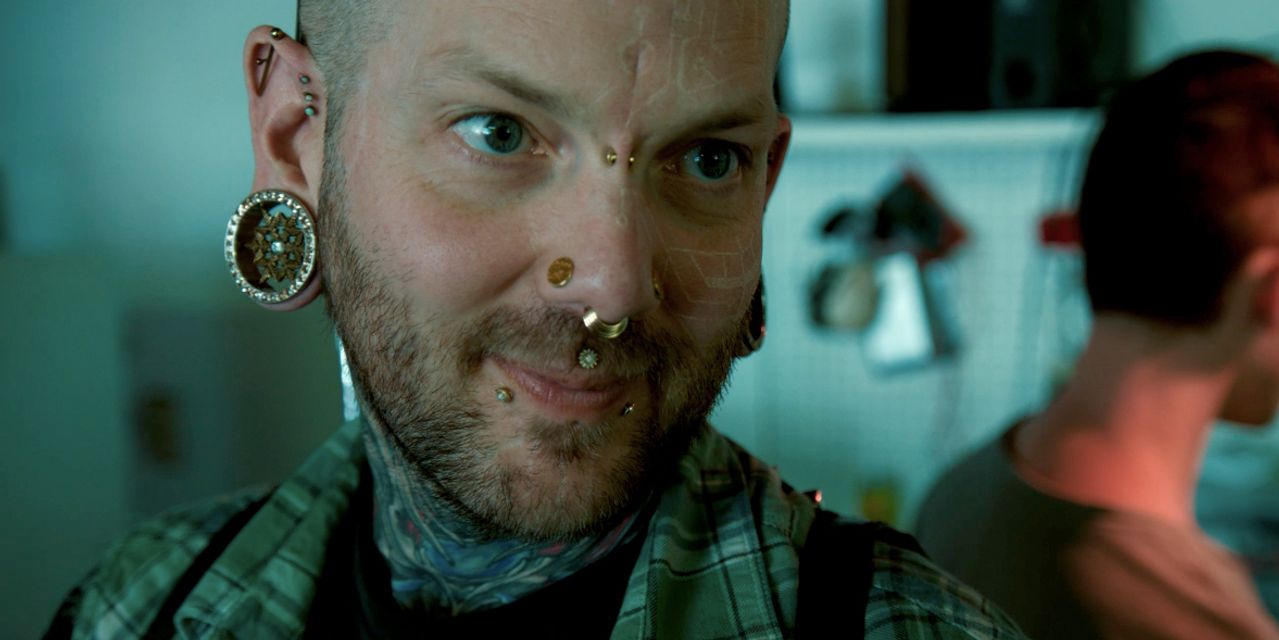