At approximately 4pm this afternoon, a historic moment is on the cards at a sale of Modern British Art at Christie’s. Towards the end of the sale, standing in the shadow of sculptures by Henry Moore, and paintings by LS Lowry and Winston Churchill, is a group of carved wood figures by Ronald Moody.

“Ronald who?” I hear you ask, and you are not alone. Neither Christie’s nor Sotheby’s have sold anything by Moody before. Christie’s does not even mention him in its press release for the sale, perhaps because the sculptures are only expected to make between £1,000 and £6,000 each. Their slightly scuffed condition will not help; but they should still make more than that.

Moody is one of the great, unrecognised British Caribbean artists of the 20th century. Born in Jamaica in 1900, he came to Britain in the Twenties to study dentistry. In the Thirties, he was inspired – like Henry Moore – by a visit to the British Museum’s ancient Egyptian and pre-Columbian art galleries.

But while Moore was trained as an artist, Moody taught himself, and his first BM-inspired efforts at sculpting were in Plasticine. From there, utilising his manual dexterity as a dentist, he learned to carve, realising beautifully rounded, meditative wooden figures with an ageless quality. Moore, meanwhile, dabbled with abstraction and surrealism.

Tue Mar 2 , 2021
Jim Rogers. REUTERS/Eric Thayer Jim Rogers views hype, SPACs, and amateur traders as signs of a stock-market bubble. George Soros’ former partner is bullish on gold and silver, but bearish on bonds. Rogers wishes he bought bitcoin, but notes that several of its rivals have failed. Visit the Business section […] 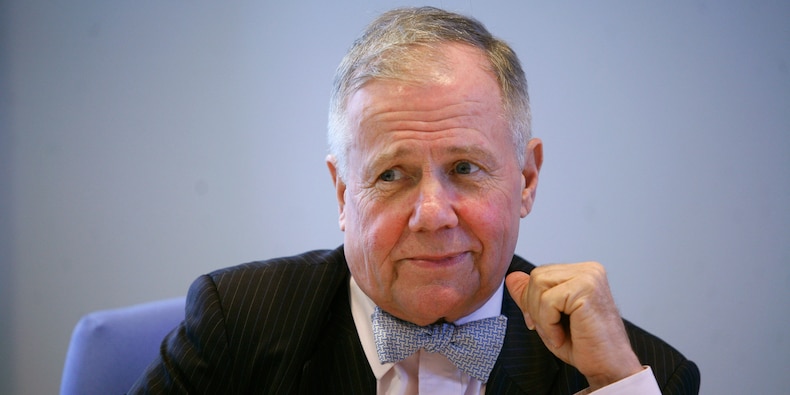