It’s that season again. Social media these past few weeks has been a chequerboard of glossy front doors, before which knock-kneed children in pinafores and long socks eye the camera with expressions varying from trepidation to triumph. Only fingertips are visible; blazers have clearly been bought to last the year.

Yes, It’s Back to School or, this year, Finally Back to School, after lockdown’s hellish feats of endurance, and a summer “holiday” of purgatorial length. The country unites in a sigh of relief that our children can once again be children, their fundamental right to an education restored. But no one is taking this restoration for granted.

Pandemic aside, I was always on course to be faintly hysterical this September, because my identical twin daughters are not returning but instead starting school for the first time. Big girls, they are proud to tell me, at almost five years old. Or are they four-and-a-half? It depends how you count.

They were born 10 weeks premature, delivered by emergency caesarean after I suffered an unexplained haemorrhage, and spent the first months of their lives in hospital incubators battling to breathe, feed and fend off infection. They weighed little over a kilo.

Once the girls came home from hospital, my husband Gabe and I had our own micro-lockdown – this year’s handwashing, sanitising and terror of contagion are old friends. For us, it is just Christmas 2015 all over again. Happy birthday to you! Tap off with your elbows, and for God’s sake, don’t touch the door handle.

Were we lucky, or unlucky? I obsessed over the question. After a straightforward pregnancy I was unlucky to haemorrhage, with the additional unlucky detail that all three of us almost died. My daughters were unlucky to enter the world too early, all unprepared; unlucky to lie alone night after night in an intensive care unit that did not permit parents to sleep beside them.

Yet we were, at the same time, lucky. Lucky the NHS caught us, ministered and tended with world-class skill and multi-million-pound technology. Lucky that the girls avoided brain bleeds; lucky, too that their infections always responded to quick-fire antibiotics. Neonatal intensive care is coin-flip after coin-flip; we had scares, but we are lucky beyond measure that we took home healthy girls.

There is another way in which we were lucky: my due date was mid-December. When Celeste and Raffaella arrived unexpectedly on Oct 2 it changed almost everything – but it did not change their school year.

Last year I published Mother Ship, a memoir of my daughters’ months in hospital. It was intended as a love letter to the NHS and to the women I met during that time, fellow mothers on the ward, comrades in arms, and now cherished friends.

Mother Ship was written with the hope that sharing my experience, as well as that of my friends Sophie and Kemisha, might extend the support of our friendship to readers, and empower neonatal intensive care unit parents to take ownership of their roles as advocates and representatives within the often intimidating hierarchy of a hospital.

But even as I wrote it, I had no idea that for the parents of premature babies, the fights don’t end at the ward doors.

My three dearest friends from hospital all had babies whose early birth pushed them into the wrong school year – winter babies accidentally born at the height of summer.

All three weighed around 600g at birth, and had hospital stays of over 100 days; two came home on oxygen. Kemisha’s daughter was born at 680g, 16 weeks early.

Five years on, she is doing magnificently. She is funny and engaging, meeting her milestones, obsessed with alarmingly flammable princess dresses.

But what she isn’t is five. Born in July, she won’t “really” be five until November. For premature babies this is known as corrected age. Last year, at a corrected age of three-and-a-half, she was not ready for school.

For two years I have watched with dismay as all three women battled their local authorities. They all got there, eventually. This week, all our babies began school at the same time, and remembering the nightmare of their beginnings has given our doorstep photographs an extra poignancy. But there were tears and lost sleep on the way.

Head teachers are assailed by pushy parents who think their child is special. A certain scepticism is understandable. But they should not further disadvantage the disadvantaged just to erect an impregnable guard against abuse.

And one should be wary of drawing conclusions about those who choose a delayed start. A 2018 government study found parents with higher incomes were more likely to request a delayed school start for their child. It is too easy to picture middle-class parents demanding more than their fair share.

But now I’ve watched three close friends contend with applications to delay, in three London boroughs, and those numbers make horrible and perfect sense. It is fiendishly complicated to apply to delay a child. The forms are hard to find online, and in some cases you need to email an obscure address to ask for them.

A delayed start represents hours of research, advocacy, letter writing, campaigning and, in many cases, holding one’s nerve against a head teacher who is ideologically opposed – as many inexplicably seem to be – to deferral. Is it any wonder higher-income families are the ones with the resources to pursue it?

Since 2014 the Department of Education has allowed the parents of any “summer born baby” – defined as those born between April 1 and Aug 31 – to apply for their child to be admitted outside their age group, that is, to join in the year below, with a specific additional mention of children born prematurely. Though I am in favour of trusting all parents to intuit what is best for their own child, prematurity and summer birth are not the same.

A 24-weeker (due in December, born in August) is not simply young for her year; she is not the same as another August baby. She probably weighed 600g, at birth. Her eyes were fused shut, like a kitten. Without doubt she needed a ventilator to breathe for months. She might be battling cognitive issues, attention deficits, gross motor delay, cerebral palsy.

A study at the University of Bristol found the effect of going to school a year earlier than predicted by their due date “appears to have measurable consequences for ex-preterm infants in adolescence and is likely to limit adulthood opportunities”. In other words, being packed off to school with kids in the year above because your gestation went awry has an additional negative impact on your later life.

The red herring is to assume that when parents ask to delay their child it is all about academic attainment: about maximising a shot at Oxbridge, 13 years down the line. It’s not. It’s about readiness. Confidence. Independence. Safety. It’s about social awareness, strength, stamina.

And in the case of the extremely premature, tiny warriors battle-scarred, it is a rare chance to right a wrong – a tiny reparation, returning to them something precious that was stolen and in most circumstances is impossible to restore: time.

Mother Ship is published in paperback by Vintage; Francesca is the host of Mother Ship: A Podcast About Prematurity

Thu Sep 17 , 2020
By Stephen Nellis (Reuters) – Apple Inc’s new paid online fitness class service, designed to work with its Apple Watch, was a long-planned extension of the watch’s fitness features rather than a quick reaction to a pandemic that has closed many gyms, executives said in an interview. The Fitness+ service […] 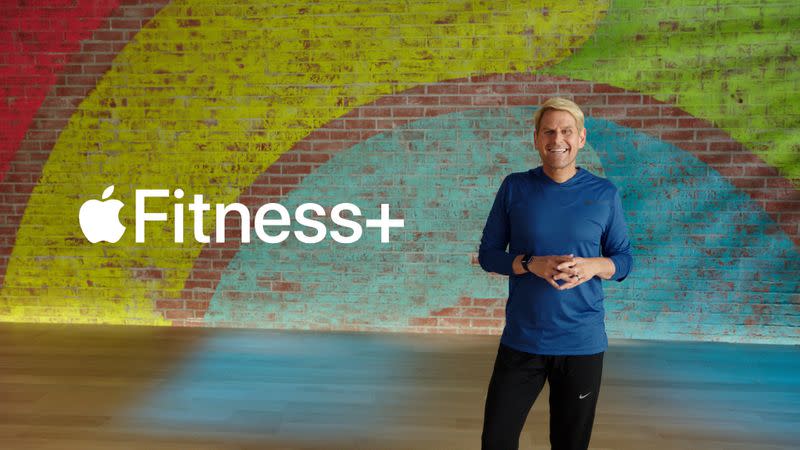