ACROSS AMERICA — Heading into the weekend, some of the nation’s largest school districts are abandoning in-person classes as states impose new restrictions, all in an effort to battle the recent surge in coronavirus cases, deaths and hospitalizations.

Fourteen states, mostly in the Midwest, reported record numbers of hospitalizations by midday Thursday as the seven-day average number of cases reached highs in 23 states, according to data tracked by The Washington Post.

In response, Detroit’s public school system announced Thursday it would shift to online, remote learning until January. New York City, the nation’s largest school system, also is considering closing its system. Meanwhile, governors of seven Northeastern states agreed to suspend interstate youth hockey competition for the rest of the year after outbreaks were linked to games.

The recent spike is also prompting states to reimpose restrictions.

In recent days, Texas, New York, Maryland and Oregon were among states that issued tighter restrictions on businesses, mostly restaurants and bars. On Wednesday, Gov. Andrew Cuomo of New York also ordered that private gatherings, indoors or out, be limited to 10 people, and that gyms, bars and restaurants close by 10 p.m.

In Illinois, the governor said Thursday that unless virus trends change in the coming days, a stay-at-home order “seems like where we are headed.”

During Thursday’s interview, Fauci insisted the United States could still make it through the winter without a national lockdown “if we can just hang in there” and adopt stronger social distancing habits until vaccines arrive.

As hospitalizations reached a new high of more than 65,000 people Wednesday, hospital officials predict they could soon face tough decisions about how to prioritize care as they run short on beds and staff.

In North Dakota, health care workers who test positive for coronavirus but show no symptoms are being told to go to work anyway.

The idea has garnered support from Gov. Doug Burgum, who said it would ease stress both on hospitals and medical personnel amid skyrocketing cases in North Dakota, according to The Associated Press. Burgum said hospital administrators asked for the action and interim State Health Officer Dirk Wilke amended an order allowing it to take effect.

Meanwhile, a day after Texas became the first U.S. state to surpass 1 million confirmed cases of coronavirus, California is on track to reach the same sobering milestone in the coming days.

The timeline of COVID-19 in America often comes back to California, which as of Thursday had recorded more than 991,600 confirmed cases and 18,100 deaths, according to a state dashboard.

The state had some of the earliest known cases among travelers from China, where the outbreak began. On Feb. 6, a San Jose woman was the first American to die from the disease, according to officials there; and that same month, California recorded the first U.S. case by community spread rather than by travel.

The virus has struck poor Californians and Latinos especially hard, according to The Associated Press. Latinos make up 39 percent of the state’s population but account for more than 60 percent of infections.

Texas hit its milestone of 1 million cases as it reported a second consecutive day of more than 10,000 cases, topping the record set the day prior.

One number actually shrinking in the United States is the total of Americans filing for unemployment benefits. That number fell last week to 709,000, a still-high level but the lowest figure since March and a further sign that the job market could be slowly healing.

Economists, however, say we’re not out of the woods yet.

As colder weather sets in and fear of the virus escalates, consumers may be more cautious about traveling, shopping, dining out and visiting gyms, barber shops and retailers. Companies in many sectors could cut jobs or employee hours.

At least 1,431 new coronavirus deaths and 142,860 new cases were reported in the United States on Wednesday, according to a New York Times database. Over the past week, there has been an average of 128,096 cases per day, an increase of 69 percent from the average two weeks earlier.

As of Thursday, 39 states and Puerto Rico remained above the positive testing rate recommended by the World Health Organization to safely reopen. To safely reopen, the WHO recommends states remain at 5 percent or lower for at least 14 days.

More than 10.5 million people in the United States had tested positive for the coronavirus as of Thursday evening, and more than 242,500 have died, according to a tally by Johns Hopkins University.

Stay up to date on the latest coronavirus news via The New York Times or Washington Post.

Read More From Across America:

This article originally appeared on the Across America Patch

Fri Nov 13 , 2020
CHICAGO — With the number of COVID-19 patients in Illinois hospitals exceeding its peak from the spring and new coronavirus infections rising rapidly in every region of Illinois, Gov. J.B. Pritzker warned the state appears headed for a second stay-at-home order. “If things don’t take a turn in the coming […] 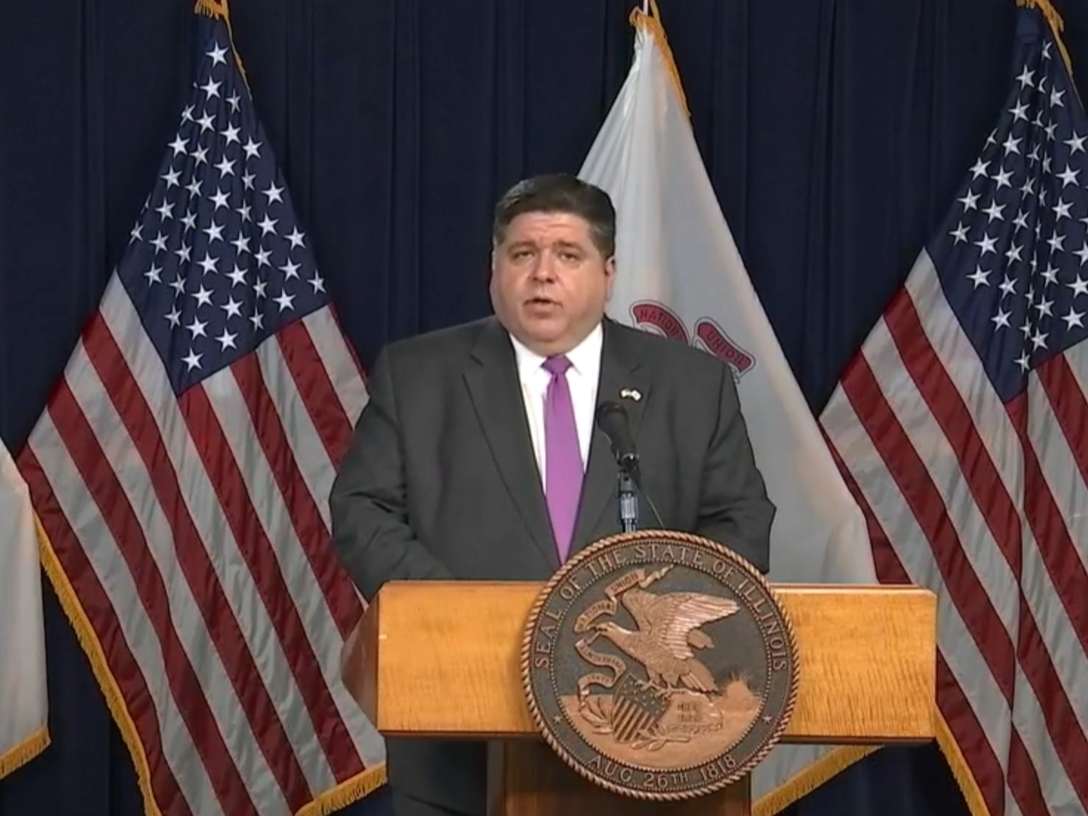