In the back of Barry Dobis’ mind was the nagging thought that maybe his son played basketball just for his dad. And now, with the Michigan high school boys basketball season set to begin, Christian Dobis has decided not to play basketball. For his dad. Dobis, a 17-year-old senior, was […]

In the back of Barry Dobis’ mind was the nagging thought that maybe his son played basketball just for his dad.

And now, with the Michigan high school boys basketball season set to begin, Christian Dobis has decided not to play basketball.

Dobis, a 17-year-old senior, was a first team Saginaw Valley League North all-league player as a junior for Saginaw Heritage.

It was going to be a memorable season, with Dobis and fellow all-league forward Parker Day joining forces with some talented freshmen to make Heritage a legitimate SVL championship threat.

But COVID changed those expectations. For Dobis, it did more than just delay his senior season. It ended it.

Barry Dobis, a former Carrollton basketball standout and 1982 Carrollton High School graduate, was diagnosed with leukemia eight years ago, spending 71 days in the hospital after a bone marrow transplant.

“The decision not to play wasn’t that difficult … with my dad’s situation with leukemia, there really wasn’t much of a debate,” Christian Dobis said. “I’ve taken all my classes online and pretty much stayed isolated. We’re not going to take any chances.

“I had pretty much stopped thinking about playing college basketball a couple of years ago, so that wasn’t part of the decision.”

Christian Dobis has been a part of the Heritage varsity basketball program since his freshman season when he was called up to the varsity for the playoffs. As a junior, the 6-foot-4 guard averaged 15 points and 8 rebounds a game.

Barry Dobis understands and appreciates his son’s decision even though it comes with a touch of regret.

“We he told me, I was a little taken aback,” Barry Dobis said. “It’s something any son would do for his dad, I guess. Covid has changed everybody’s life to some degree. If COVID wasn’t around, he’d be playing.

“Still, it’s hard. I’ve been with him playing ball in the driveway since he was 6 years old  Sometimes, I had the feeling that he played a lot just for me. Sometimes it felt like I was forcing him to go to practice, but once he got there, he loved it.

“So he’s gone from maybe playing for me to not playing … for me.”

Christian Dobis’ decision not to play this season leaves new Heritage boys basketball coach Steven Reynolds without two of his top players and both captains from the 2019-20 season.  Day, who has signed to play for Grand Valley State, will miss the season after undergoing hip surgery.

“I remember watching Christian play when he was a little kid,” Reynolds said. “When I got this job, I was blown away with how mature Christian is. When he told me, I was disappointed, but I completely understand.

“I told him he was always going to be a part of this team. If there’s anything he needs from us, just let us know. He made a very mature decision, and you have to respect that.”

Christian Dobis has turned his focus to school, where he owns a 3.9 grade-point average. His goal is to become a dentist, and he hopes to attend Michigan State University.

“In a way, the decision was a relief … with this year and everything going on and the uncertainty … this made it certain,” Christian Dobis said. “Because it is my senior year, it’s going to make it more difficult. The biggest thing I’m going to miss is the atmosphere during games … the fans, the crowds, the noise.

“That was so incredible. But with the restrictions, the atmosphere isn’t going to be the same this season anyway. I still want to be helpful to the team or involved in some way. I’m cheering for those guys. They have a lot of potential.”

Reynolds will do what he can to keep Dobis involved.

“My first response was respecting his decision, but also disappointment because it’s his senior season and not the way you want to finish your career,” Reynolds said. “To me, he’s always going to be a part of this team. He’s done too much for Heritage and Saginaw Township basketball.

“It’s not the storybook ending to a basketball career, but you have to admire his decision. He’s doing it for all the right reasons. Sometimes life throws you things you don’t expect. We have to pick ourselves up and deal with them. It’s how you grow as a person.”

Christian Dobis is the only son of Barry and Patricia Dobis, who graduated from SS. Peter & Paul’s High School.

“Christian is the type of kid who thinks things out,” Barry Dobis said. “Very smart. Very mature. As a basketball player, he’s very fundamentally sound. I would love to see him play, but his decision means we all have to move on to the next stage in our life.

“I told him it was time to make your own decision. He did. I’m proud of him.”

Questions remain, but start of winter sports has MHSAA eyeing another finish line

Mon Feb 8 , 2021
KALAMAZOO, MI — Abigail Jaqua saw the damage fast fashion was doing, both environmentally and ethically, and decided she had to do something about it. The sophomore at Western Michigan University wanted to sell clothes and accessories that are both sustainably and ethically made. So she did just that. With […] 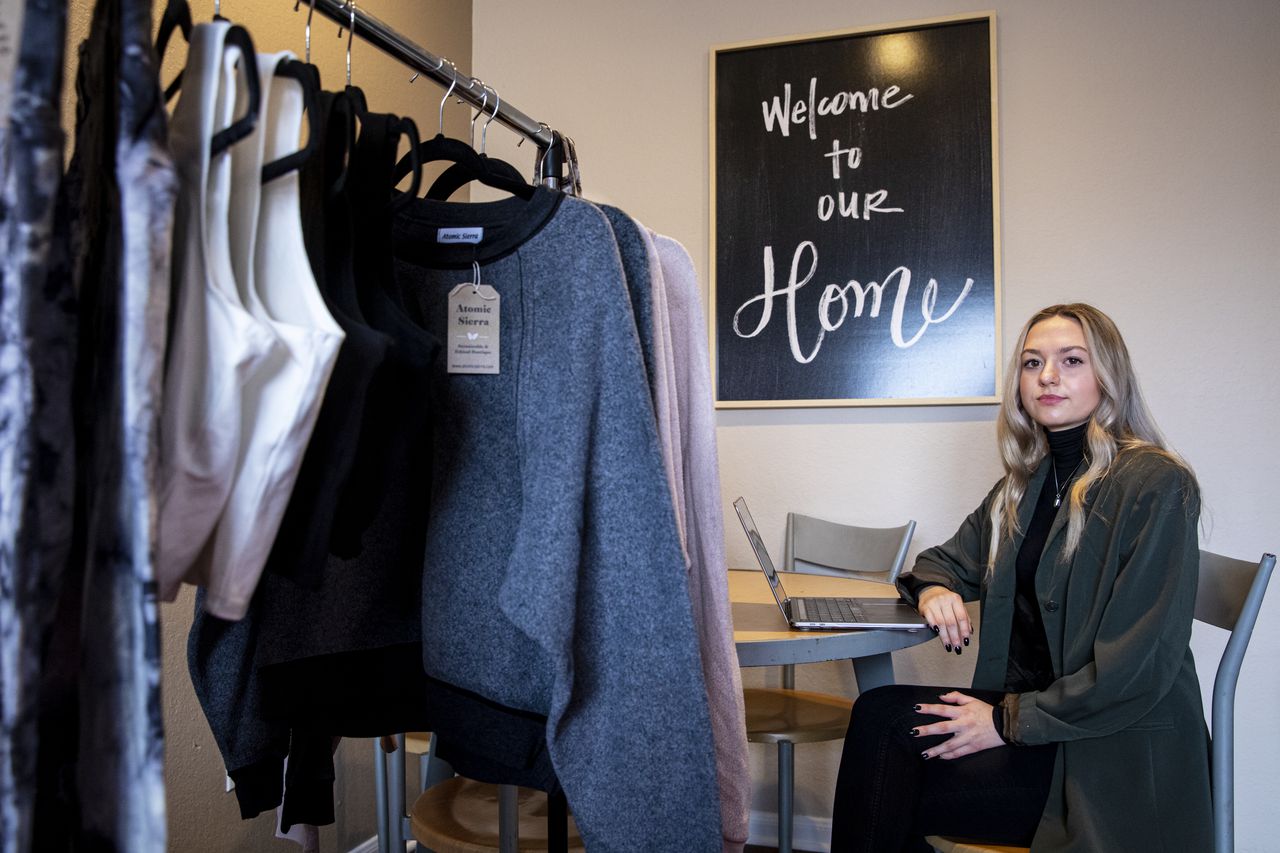