“What’s the point? I’m not getting out of here anyway.” That’s what my patient, a working-class man in his 30s, told me when I asked him whether he would consider quitting smoking. He went on to explain that he did not believe that he had a real chance at a better life, and so didn’t see the point of trying to kick his 20-year smoking habit.

It’s been years since I last saw that patient, but I think about him often. His story highlights a key reason that America’s health has declined so dramatically in the past few decades. For many Americans, the loss of hope for a better future has harmed their health.

Even before the COVID-19 pandemic, America had been mired in a 40-year health crisis. Starting in the late 1970s and early 1980s, life expectancy stopped increasing as quickly as it did for other industrialized countries and a few years ago it started to fall. Almost all of this has been driven by worsening health outcomes for low- and middle-income Americans.

This where the connection with the American Dream becomes apparent. Over the same 40-year period, the ability of average Americans to ascend the economic ladder has declined. As the Dream increasingly has become out of reach, economic insecurity — falling wages and mounting challenges to make ends meet — has grown. Evidence for the link between the fading American Dream and worsening health can be found in many places. Research by my team and others has shown that areas where the opportunity to get ahead in life is low, or where job losses from exposure to foreign trade or plant closures have eroded long-standing paths to a good life, are the areas where people are now sickest.

What can we do? When a patient comes to me with a health problem, I sometimes consult scientific literature to find treatments that are backed by good scientific evidence. When it is our country that is sick, we must apply the same strategy to identify public policies that can help. As it happens, there are several “evidence-based treatments” we can use to help restore the American Dream and thereby make us healthier.

There is growing evidence that tax credits to low-income families, higher minimum wages, and providing better support to Americans who have the misfortune of losing their jobs can reduce financial stress and thereby boost health. These programs appear to reduce the risk of death from suicide, in particular. Programs to help families move to better neighborhoods can help boost opportunity and health. Medicaid expansions, investing in nutrition programs such as SNAP, and increasing access to quality education, particularly for children and adolescents, have been shown to improve earnings and health well into adulthood. Reducing exposure to air pollution has similar effects. The fact that Americans’ health has eroded over a period in which the social safety net has frayed and labor unions, which long campaigned for better wages and protection for workers, have declined, suggests that reinvesting in both may be good for health.

As with individual patients, restoring the American Dream and America’s health will depend not only on using proven treatments, but also on identifying new treatments. This is all the more pressing as our country surely will face challenges over the next 40 years. Policymakers have suggested new programs, such as universal basic income to address job loss from automation, or automatic stabilizers to help see Americans through hard economic times. They have identified programs that may help make the American Dream accessible to groups that have been excluded from it, such as implementing “baby bonds” for African American infants. There are policies that address existential threats such as climate change. As in medicine, these policies deserve to be tried and tested and, if they work, scaled-up to benefit all Americans.

The many patients I’ve had the privilege of caring for have an important lesson for us: Hope is necessary for good health. This means we need to work hard to restore the American Dream — and the hope for a better future that comes from it — to improve the health of all Americans. There are a number of proven policies that can help us meet these goals. And there are a number of new ideas that look promising. What we need now is the courage and will to act.

Atheendar S. Venkataramani, M.D., Ph.D., is senior fellow at the Leonard Davis Institute of Health Economics and an assistant professor in the Division of Health Policy, both at the University of Pennsylvania. He is a practicing physician and directs the Penn Opportunity for Health research lab, which studies the drivers of health and economic inequality in the United States.

42 hobbies that can actually make you money

Wed Oct 7 , 2020
Are you looking for new hobbies? A big hobby of mine has always been painting, drawing and just releasing my creative energy in any way that I see fit. Who knew these were hobbies that could make money? My hobbies have recently shifted from mostly painting to digital media and writing […] 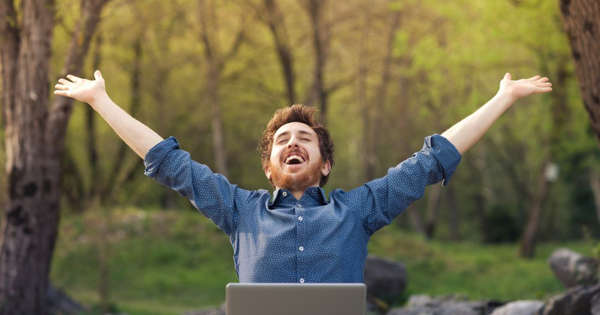