OAK HARBOR — Whidbey Playhouse’s filmed production of “Having our Say: The Delany Sisters’ First 100 Years” takes the audience back in time through the lived experiences Sadie and Bessie Delany, civil rights pioneers who were born in the late 19th century to a former slave.

In the play, the sisters — Sadie is 103 years old and Bessie is 101 years old — reminisce about what their life was like during the time of Reconstruction, Jim Crow laws, two world wars, the Harlem Renaissance and the civil rights movement while they prepare dinner in remembrance of their father on his birthday.

The production, available to stream Feb. 26-27 via Video on Demand, is based on the Delany sisters’ memoir published in 1993. In addition to a Broadway play, the sisters’ oral history was turned into a made-for-TV movie in 1999.

“It’s about two powerful, strong, independent women who were very successful in their own right, in their own time when it wasn’t typical for Black women to be in the career choices they had,” said Sue Riney, chairwoman of the Whidbey Playhouse.

The theater company chose the play because of the small cast and crew size, and it was also one of the few scripts licensed to be recorded and put online.

“A lot of this rings true today,” she said of the play’s themes of survival and hard work.

Germaine Kornegay, who plays Sadie, said she noticed a lot of “weird similarities” in her own life to that of her character.

The sisters reflect on the discrimination they faced, how they had to work hard in their respective professions — Sadie was a high school teacher and Bessie was a dentist — and find ways to survive racism and sexism in America as Black women.

“I lived a lot of that story in my modern life now,” Kornegay said.

There are also sisterly squabbles over things like a burnt pan, and the two discuss how their family was very tight-knit.

It felt different, the actresses said, but they added the show must go on. No one was in the audience except for the film crew. The actresses stayed 6 feet apart, and all involved in the production wore masks during rehearsals.

“We want to keep the theater alive and vibrant even in COVID,” Jenkins said. “It may not be the same feel as being in the theater, but this is kind of how theater has to be during COVID.”

After all, even Broadway shows have had to adapt to the pandemic. “So we’re not alone in doing this,” Jenkins said.

One of Jenkins favorite lines in “Having our Say” exemplifies the sisters’ grit and optimism for life: “Life is short, but it’s up to you to make it sweet.”

Whidbey Playhouse’s filmed production of “Having our Say: The Delany Sisters’ First 100 Years” is available to watch online Feb. 26-27 via Video on Demand. Tickets are $10. Call 360-679-2237 or go to www.whidbeyplayhouse.com for more information.

Thu Feb 18 , 2021
Democratic lawmakers will introduce an ambitious immigration reform bill, but it could just be the opening bid. TOP STORIES Biden’s Big Swing at Immigration Reform President Biden will make official today his aggressive opening salvo in a decades-long effort to reform a broken U.S. immigration system, which ground to a […] 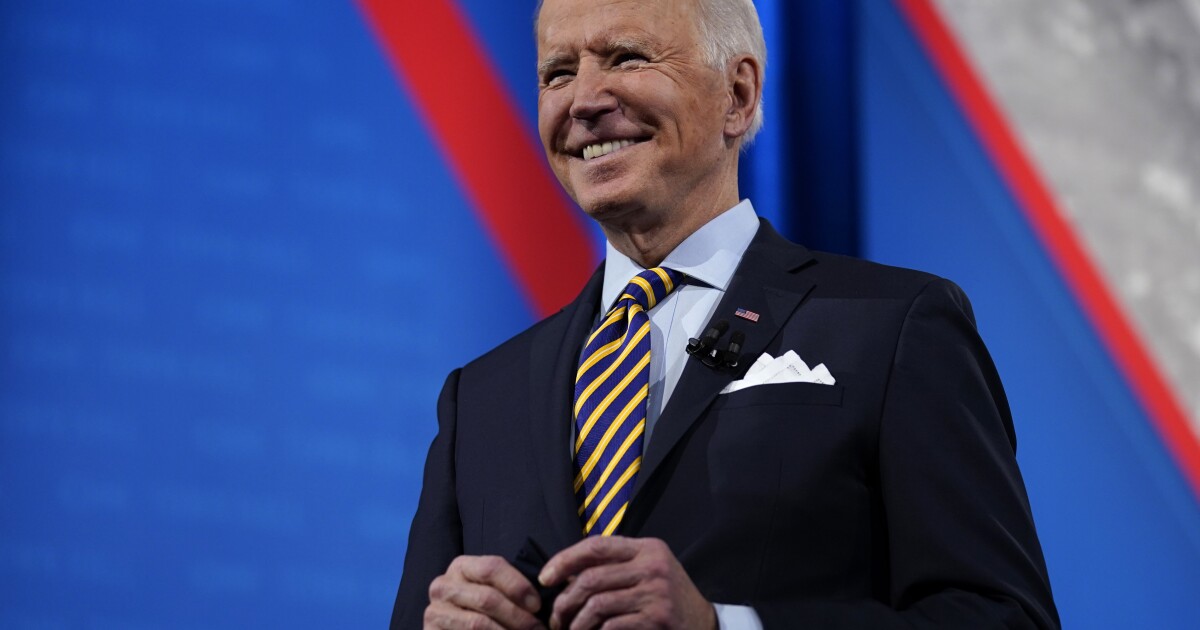