A number of people taking part in a protest against police brutality have reportedly been shot dead or wounded in Nigeria’s biggest city, Lagos.

Witnesses said up to 12 people were killed and others wounded when soldiers opened fire. Amnesty International said it had “credible reports” of deaths.

The army dismissed the reports as “fake news”. President Muhammadu Buhari has appealed for calm.

An indefinite 24-hour curfew has been imposed on Lagos and other regions.

The BBC’s Nduka Orjinmo in Nigeria said a small group of protesters were defying the curfew on Wednesday and had gathered at the Lekki toll plaza in Lagos where the shooting took place.

Protests over a now-disbanded police unit, the Special Anti-Robbery Squad (Sars), have been continuing for two weeks. The protesters are using the social media hashtag #EndSars to rally crowds.

US former vice-president Joe Biden – who is standing against President Donald Trump in next month’s election – urged Nigerian authorities to cease the “violent crackdown on protesters”.

“The US must stand with Nigerians who are peacefully demonstrating for police reform and seeking an end to corruption in their democracy,” he said in a statement.

Nigerian footballer Odion Jude Ighalo, who plays for Manchester United, accused the Nigerian government of killing its own citizens. “I’m ashamed of this government,” he said in a video posted on Twitter.

What do we know about the shooting?

An unnamed witness told BBC News that shortly before 19:00 local time soldiers “pulled up… and they started firing directly” at peaceful protesters.

“They were firing and they were advancing straight at us. It was chaos. Somebody got hit straight beside me and he died on the spot.

“It was pandemonium and they kept on shooting and shooting at us. It lasted for about an hour-and-a-half and the soldiers were actually taking up the dead bodies.”

He said the soldiers had built a barricade and ambulances could not reach the protest area.

Four witnesses told Reuters news agency soldiers had opened fire on demonstrators. One of them, Alfred Ononugbo, 55, said: “They started firing ammunition toward the crowd. They were firing into the crowd. I saw the bullet hit one or two persons.”

Authorities have only confirmed that some people were wounded in the shooting. The Premium Times newspaper quoted witnesses saying about 12 people had been killed.

In a tweet, Amnesty International Nigeria said it had “received credible but disturbing evidence of excessive use of force occasioning deaths of protesters at Lekki toll gate in Lagos”.

Amnesty International spokesman Isa Sanusi later said: “People were killed at the tollgate by security forces… we are working on verifying how many.”

How have the authorities reacted?

In a statement on Wednesday, President Buhari did not directly refer to the shootings, but called on people to have patience as police reforms “gather pace”.

The army has not issued a statement on events in Lekki, but in several posts on Twitter it described media reports as “fake news”.

Lagos state governor Babajide Sanwo-Olu said 25 people had been wounded in what he described as an “unfortunate shooting incident”.

Releasing pictures of himself visiting the injured in hospital, he said on Twitter that “forces beyond our direct control have moved to make dark notes in our history”.

He said an investigation had been ordered into the incident.

It was a bleak night in Nigeria as social media footage from the shooting poured in, showing gunshots ringing out at the protest site long into the night.

This is not the first time the Nigerian army has been accused of shooting unarmed protesters. There have been reports of violent crackdowns on EndSars protesters in other parts of the country.

But seeing live rounds used at one of the protest sites that had been peaceful until last night has rattled many. Just last week I stood at the very site of the shooting. The protesters were peaceful, organised, hopeful for the future of their country. But this is no more. Harrowing social media videos showing protesters singing the national anthem as shots ring out in the background have caused outrage.

Multiple online accounts say the CCTV and lights were taken out at a toll gate where the protest took place before troops started advancing, leading to total chaos. These details are galvanising a generation already disillusioned with the ruling class. The deafening silence from the presidency is only exacerbating this anger. The Nigerian government is running out of time to quell the growing dissatisfaction.

How did the unrest begin?

Protests began nearly two weeks ago with calls for the Sars, which had been accused of illegal detentions, assaults and shootings, to be disbanded.

But the demonstrators called for more changes in the security forces as well as reforms to the way the country is run.

Mr Sanwo-Olu has said that criminals have hijacked the protests.

Wed Oct 21 , 2020
American shoppers boosted their spending on vehicles, clothing and many other goods in September, a bright spot amid signs the economic recovery remains fragile. The gain marked the fifth straight month of retail-sales growth, as consumers prepared for further months of working and studying from home by spending on sporting […] 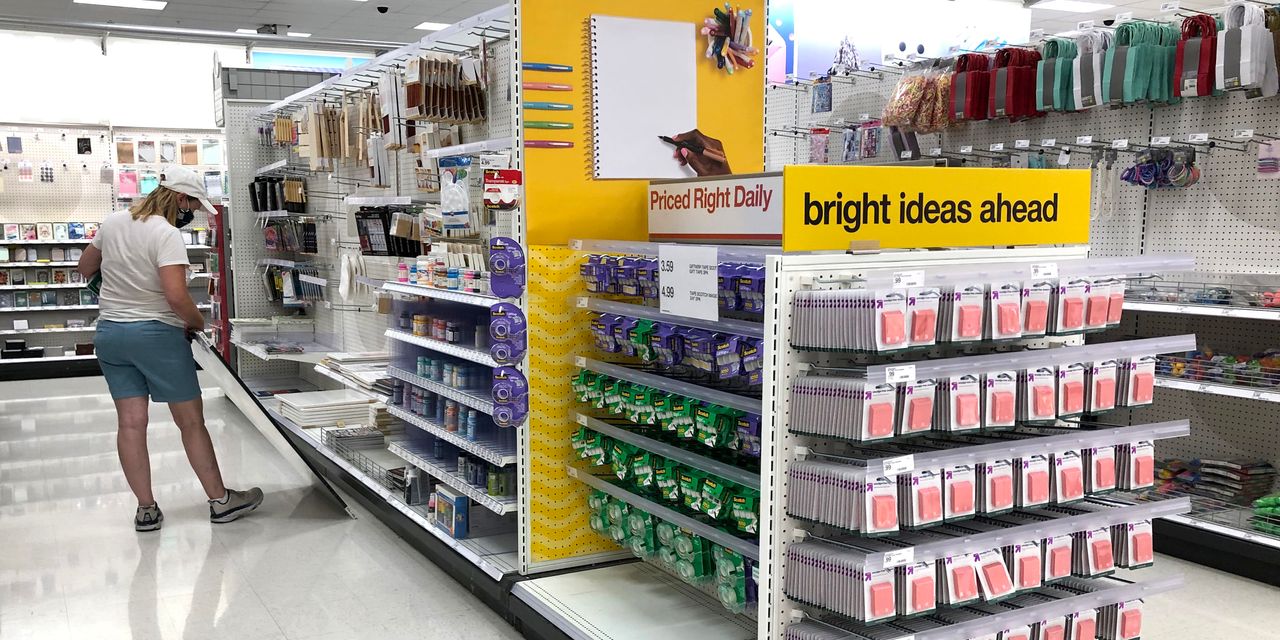