Happy Monday and welcome to Overnight Defense. I’m Rebecca Kheel, and here’s your nightly guide to the latest developments at the Pentagon, on Capitol Hill and beyond. CLICK HERE to subscribe to the newsletter.

THE TOPLINE: The U.S. combat mission in Iraq will formally conclude by the end of the year — but not much is expected to really change.

“Our role in Iraq will be — It’s just to be available, to continue to train, to assist, to help, and to deal with ISIS as it arises, but we’re not going to be, by the end of the year, in a combat mission,” Biden said in the Oval Office at the top of the meeting.

The formal announcement: The plan was also more formally announced in a joint statement from Iraq and the United States released after the meeting.

“The delegations decided, following recent technical talks, that the security relationship will fully transition to a training, advising, assisting, and intelligence-sharing role, and that there will be no U.S. forces with a combat role in Iraq by December 31, 2021,” the statement said.

“The United States intends to continue its support for the ISF, including the Peshmerga, to build their capacity to deal with future threats,” referring to the Iraqi Security Forces and the Kurdish military forces.

The but: U.S. troops in Iraq have already been mostly in a training and advisory role for the last couple years, meaning not much is likely to change despite Monday’s announcement.

“All of our troops are capable of doing multiple things. And certainly, we task our combat troops, our troops that are capable of conducting combat operations, with training, advising and assisting,” Austin told reporters traveling with him in Alaska on Saturday when asked whether there are any U.S. combat troops in Iraq. “And so I think trying to make that distinction is very difficult. But I would say that the key is … what we’re tasked to do at any one point in time.”

Why it matters: Even if Monday’s announcement is largely symbolic, it could give cover to al-Kadhimi going into Iraq’s parliamentary elections in October as he faces political pressure to boot U.S. troops from the country.

“We’ve been talking a lot, our foreign ministers, our Cabinet members have been talking. We’re looking forward to seeing an election in October. We’re working very hard with the Iraqi government to make sure the [United Nations] and the [Gulf Cooperation Council], we have oversight, that there’s full and fair elections,” he said.

Amid the tit-for-tat between U.S. forces and Iran-backed militias in Iraq, political factions in Iraq have called for U.S. troops to leave.

For example, Iraq’s parliament voted last year to kick U.S. troops out after the U.S. drone strike that killed Iranian Gen. Qassem Soleimani while he was at the Baghdad airport.

The Iraqi government also condemned the airstrikes Biden ordered in June against the Iran-backed militias, with al-Kadhimi’s office saying in a statement the strikes were a “blatant and unacceptable violation of Iraqi sovereignty and Iraqi national security.”

Still…: In a background call with reporters previewing Monday’s meeting, a senior administration official insisted the announcement would represent more than a rhetorical shift.

“Between now and the end of the year, I think you can anticipate additional adjustments,” the official said.

But the official also made clear U.S. troops will still be there to help.

“As this evolution continues, and as we formally end the combat mission and make clear that there are no American forces with a combat role in the country, Iraq has requested, and we very much agree, that they need continued training, support with logistics, intelligence, advisory capacity building — all of which will continue,” the official said.

MEANWHILE … IN THE OTHER ‘FOREVER WAR’

U.S. troops may be leaving Afghanistan, but the air war is accelerating, at least for now.

While in Kabul over the weekend, U.S. Central Command chief Gen. Frank McKenzie confirmed U.S. strikes against the Taliban have picked back up in recent days.

“The United States has increased airstrikes in the support of Afghan forces over the last several days, and we are prepared to continue this heightened level of support in the coming weeks if the Taliban continue their attacks,” McKenzie said.

What about the future?: The real question, though, is whether the United States will continue striking the Taliban from afar after Biden’s Aug. 31 withdrawal deadline.

McKenzie declined to rule out strikes continuing past then.

“I’m just not going to be able to comment about the future of U.S. airstrikes after Aug. 31,” he said.

In May and June alone, when the Taliban began its surge of attacks, 783 civilians were killed and 1,609 were injured, the U.N. Assistance Mission in Afghanistan (UNAMA) said in a report released Monday. It’s the highest number of civilian casualties for those two months since the mission began its tracking in 2009.

In just those two months, the civilian casualties neared the total from January through April, when 876 civilians were killed and 1,915 were injured, the mission added.

“I implore the Taliban and Afghan leaders to take heed of the conflict’s grim and chilling trajectory and its devastating impact on civilians,” Deborah Lyons, the U.N. secretary-general’s special representative for Afghanistan, said in a statement. “The report provides a clear warning that unprecedented numbers of Afghan civilians will perish and be maimed this year if the increasing violence is not stemmed.”

Frontline health care workers at the Department of Veterans Affairs will be required to get the COVID-19 vaccine, the department announced Monday, becoming the first federal agency with such a mandate.

Denis Richard McDonoughLGBT advocates press Biden to build on early wins VA’s decision on transgender veterans is a step in the right direction Overnight Defense: Joint Chiefs warn against sweeping reform to military justice system | Senate panel plans July briefing on war authorization repeal | National Guard may have ‘training issues’ if not reimbursed MORE told The New York Times about the mandate in an interview, and the department later confirmed it in a news release.

“We’re mandating vaccines for Title 38 employees because it’s the best way to keep veterans safe, especially as the delta variant spreads across the country,” McDonough said in a statement. “Whenever a veteran or VA employee sets foot in a VA facility, they deserve to know that we have done everything in our power to protect them from COVID-19. With this mandate, we can once again make — and keep — that fundamental promise.”

Biden also later confirmed the move, saying “all doctors working in facilities are going to have to be vaccinated.”

Employees have eight weeks to be fully vaccinated, according to the news release.

Four department employees — all of whom were unvaccinated — have died from COVID-19 in recent weeks, and at least three of those deaths were related to the delta variant, according to the release.

Bigger picture: Calls for more mandates from employers are on the rise. New York City also announced a mandate for its workers earlier on Monday. And more than 50 health care groups, including the American Medical Association, on Monday also called for health care employers to mandate that all workers be vaccinated.

As the vaccination rate in the U.S. lags, even as the delta variant fuels new spikes, many experts say persuasion is reaching its limits and mandates from employers will play an important role.

A female Army reservist has won a gold medal at the Tokyo Olympics, setting a record in the process.

Amber English, a logistics officer and member of the Army Marksmanship Unit, placed first in the women’s shotgun skeet with an Olympics record of 56 hits, earning her a shoutout from the Defense secretary himself.

“A huge congratulations to @USArmy 1st Lt. Amber English on not only winning a gold medal in skeet shooting, but also setting an Olympic record. Your country is extremely proud of you today, and I’m so glad you’re representing us,” Austin tweeted Monday.

ON TAP FOR TOMORROW

Air Force officials will speak about the service’s Arctic strategy at a Wilson Center event at 11:30 a.m. https://bit.ly/2VfdYEF

Gen. James Dickinson, commander of the U.S. Space Command, will speak about the intersection of space and cybersecurity at a joint McCrary Institute-Space Policy Institute event at 11:45 a.m. https://bit.ly/2Wf1NYM

Patricia Montes Barron, deputy assistant secretary of Defense for military community and family policy, will speak about food security in the military at an event hosted by the Center for Strategic and International Studies at 1 p.m. https://bit.ly/3kZxqjm

— The Hill: Americans evenly divided on whether Afghanistan War was a mistake: Gallup

— Defense One: ‘It failed miserably’: After wargaming loss, Joint Chiefs are overhauling how the US military will fight

Rebekah Koffler: USSR 2.0 -- my adopted US homeland is giving me flashbacks to the Russia I fled

Tue Jul 27 , 2021
NEWYou can now listen to Fox News articles! Born and raised in a totalitarian state, I am intimately familiar with government spying on ordinary citizens. Recent revelations about possible actions surrounding government surveillance by the NSA took me back 30 years ago to a place that no longer exists, my […] 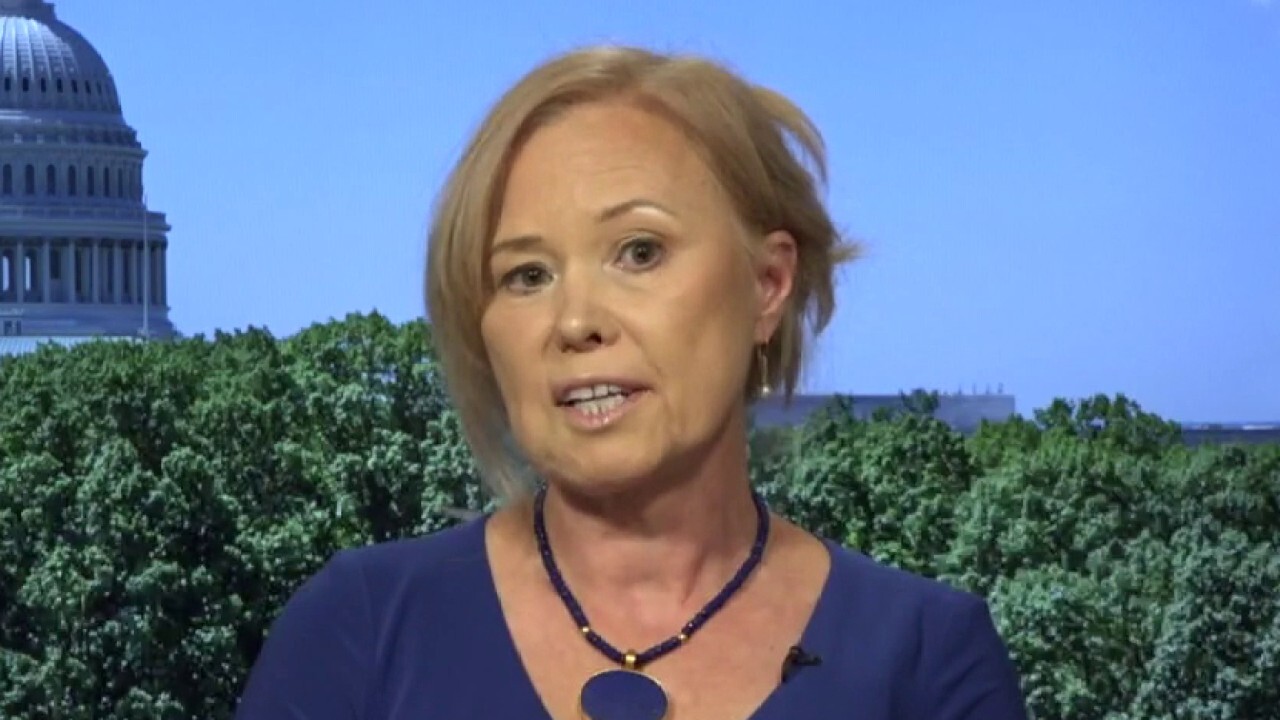