Contributed Photo from JSquared / Actor Hunter Clowdus, who grew up in the North Georgia area, is a regular on “All American” on the CW. Actor Hunter Clowdus has been denied roles for looking “too young,” but his youthful good looks are working to his advantage in the CW series […]

Actor Hunter Clowdus has been denied roles for looking “too young,” but his youthful good looks are working to his advantage in the CW series “All American,” in which the 30-year-old plays a high school student.

The ensemble drama, which premiered in October 2018, centers on a football phenom, played by Daniel Ezra, who is recruited from his impoverished Los Angeles neighborhood to play for Beverly Hills High School. Clowdus portrays a linebacker on the team and the life of every party.

In the show’s first three seasons, Clowdus was a recurring cast member, but was promoted to the main cast for the fourth season. The cast and writers are doing their best work this season, he said via Zoom, “and we are having so much fun.”

Clowdus said he played a lot of sports, especially baseball, growing up in the Ringgold area of North Georgia. So when a Hollywood crew came to Chattanooga in 2012 to film parts of the Jackie Robinson biopic “42” at Engel Stadium, he tried out for a part.

Unless you count the time while he was a student at David Brainerd Christian School, when he banded with some football players to stage a production of “The Outsiders” as a way to get out of class, he didn’t have a lot of acting experience. There was also a minor role in “Teen Wolf” on MTV, but not much else.

Clowdus wanted a part in “42” as a ballplayer, and the baseball part was easy, but he did have a problem.

“The tryout went great, but they said you are getting cut,” he said. The folks doing the casting said he looked too young.

“Mind you, this was nine years ago, and I did look quite young.”

Clowdus said he pleaded with them for a second chance. He got a call a couple of weeks later asking if he would play one of the bat boys.

“I was actually a bat boy for the Chattanooga Lookouts at the time,” he said.

The role kept him involved for nearly three months of filming here and in other locations, including Atlanta and Birmingham, Alabama. The experience hooked him.

He spent a couple of semesters at the University of Alabama and Chattanooga State Community College in hopes of one day becoming a dentist, but he couldn’t shake the desire to become an actor. He spent time going back and forth between Chattanooga and Atlanta trying to decide between acting and predental school.

Eventually, the pull of the movie set won, and he moved to Los Angeles about five years ago. He said he slept on a lot of friends’ couches for a couple of years while getting parts in productions like TNT’s “Rizzoli & Isles” and Netflix’s “American Vandal.” His big break came in 2018 when he landed the role of JJ Parker in “All American.”

He now feels so comfortable in his acting and in the role that it all comes naturally, he said.

Clowdus is the son of Patty and Ricky Clowdus. He said he loved growing up in Chattanooga and North Georgia, even if he did attend a couple of high schools “while trying to find myself.”

For now, however, he is fully embracing the challenges of trying to be an actor in Los Angeles. He said he doesn’t see it as a roller-coaster ride with lots of ups and downs, but as one big, long journey.

“There have been some projects that may not of tipped things on the scales, but again [they] kept me going in my heart.”

When not on set, Clowdus said he spends time on the livestreaming platform Twitch, where he talks to friends and fans under the name @Kingclowdus. He also has Clowdus Clothing Co. and does all of the design, production and shipping. While doing either task, he said he likes to listen to music. Copyright laws can make listening to music online tough, so he and friend Dann Wyatt have released an album of digital music called “423.”

It’s all free and original, and because Clowdus was such a huge fan of Guinness World Records books growing up, the two intentionally created what Clowdus said is the largest digital album ever released with 447 instrumental tracks that are copyright free.

“Whenever the book fair came to school, that was the book I went for, ‘The Guinness Book of World Records.'”

He said the songs are good for listening to while studying, surfing the internet or doing other creative things.

“A lot of it was low-fi because I didn’t want the voices to overpower speaking voices.”

Clowdus said he isn’t sure what the future holds for him, but he is determined to keep acting and making music.

Mon Nov 22 , 2021
Pamela Brick/shutterstock Costco has offered a range of holiday savings throughout November, but now it’s time for the real deal. We’ve rounded up some of the best deals that will be good on Black Friday itself, from laptops to small appliances to smart-home must-haves. Many deals are already on, while […] 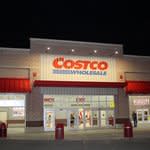