Hearing loss and epilepsy are early features of Parkinson’s, according to pioneering new research from Queen Mary University of London – the first UK study of the condition in such a diverse population, published today (7 March 2022) in JAMA Neurology.

Queen Mary researchers funded by Bart’s Charity used electronic primary healthcare records from over a million people living in East London between 1990 and 2018 to explore early symptoms and risk factors for Parkinson’s.

The researchers found that known symptoms associated with Parkinson’s, including tremor and memory problems, can appear up to ten and five years before diagnosis respectively. They also uncovered two new early features of Parkinson’s, epilepsy and hearing loss, and were able to replicate these findings using additional data from the UK Biobank.

Whilst early signs of Parkinson’s have been described previously, these studies have largely focused on affluent white populations, with patients from minority ethnic groups and those living in areas of high social deprivation largely under-represented in Parkinson’s research to date. The new study provides further evidence of risk factors and early signs of Parkinson’s, using data from such a diverse and deprived urban population for the first time.

In East London, conditions like hypertension and Type 2 diabetes were associated with increased odds of developing Parkinson’s. The researchers also observed a stronger association between memory complaints within this population than previously described.

East London has one of the highest proportions of Black, South Asian and mixed/other ethnic groups, which comprise around 45% of residents in the area, in comparison to 14% in the rest of the UK. It also has some of the highest levels of deprivation in the UK, and 80% of patients included in the study were from low-income households.

Lead study author Dr Cristina Simonet, neurologist and PhD student at Queen Mary University of London, commented: “This is the first study focusing on the pre-diagnostic phase of Parkinson’s in such a diverse population with high socioeconomic deprivation but universal access to health care. People from minority ethnic groups and deprived areas have largely been under-represented in Parkinson’s research up till now, but to allow us to get a full picture of the condition we need to ensure research is inclusive and represents all those affected.

“Our results uncovered novel risk factors and early symptoms: epilepsy and hearing loss. Whilst previous research has hinted at the association, such as epilepsy being more prevalent in Parkinson’s patients than in the general population, more research is now needed for us to fully understand the relationship. In the meantime, it’s important that primary care practitioners are aware of these links and understand how early the symptoms of Parkinson’s can appear, so that patients can get a timely diagnosis and doctors can act early to help manage the condition.”

Dr Alastair Noyce, reader in neurology and neuroepidemiology at Queen Mary University of London, who is also an author on the new research, continued: “People see their GPs with symptoms but often don’t get a diagnosis until five to ten years after this. Tremor, for example, is one of the most recognisable symptoms of Parkinson’s – but was seen ten years before eventual diagnosis in our study. This is too long for patients to wait. If we’re able to diagnose Parkinson’s earlier, we have a real opportunity to intervene early and offer treatments that could improve quality of life for patients.

“This study confirms that many of the symptoms and early features of Parkinson’s can occur long before a diagnosis. Through our ongoing PREDICT-PD research, we’re hoping to identify people at high risk of Parkinson’s even before obvious symptoms appear – which means that we could do more than just improve quality of life for patients, and perhaps be in the position to slow down or cure Parkinson’s in the future.”

PREDICT-PD is a large research project funded by Parkinson’s UK that aims to identify people at high risk of developing the condition. The researchers are looking for 10,000 people aged 60-80 years from all backgrounds who do not have Parkinson’s, to take part in a simple set of online tests that screen for factors linked to increased risk of the condition.

Shafaq Hussain-Ali, a former native East Londoner of Pakistani Punjabi descent who was diagnosed with young onset Parkinson’s three years ago and is a member of Parkinson’s UK Race Equality Steering Group, said: “Parkinson’s affects everyone, regardless of race or social background, but research has often failed to represent the diversity of the community. This research and the work that Parkinson’s UK is leading helps address the many unknowns regarding how the condition affects people from under-represented groups. It means that life-changing new treatments can be developed that will benefit everyone with the condition.

“I want to get the message out that young Asian people like myself can be affected by this condition, and that more people are likely to be affected by young onset Parkinson’s in the future. Getting an early diagnosis can make such a difference to quality of life and Parkinson’s progression. With appropriate management, you can carry on living well and have a productive life. I am still a practicing dentist, who enjoys swimming, walking and Kung Fu. I also still love doing my crochet!”

About this Parkinson’s disease research news

Early features of Parkinson disease (PD) have been described through population-based studies that overrepresent White, affluent groups and may not be generalizable.

To investigate the association between risk factors and prediagnostic presentations of PD in an ethnically diverse UK population with high socioeconomic deprivation but universal access to health care.

A nested case-control study was conducted using electronic health care records on 1 016 277 individuals from primary care practices in East London to extract clinical information recorded between 1990 and February 6, 2018. The data were analyzed between September 3, 2020, and September 3, 2021. Individuals with a diagnosis of PD were compared with controls without PD or other major neurological conditions.

A matched analysis (10 controls matched for each patient with PD according to age and sex) and an unmatched analysis (adjusted for age and sex) were undertaken using multivariable logistic regression to determine associations between risk factors and prediagnostic presentations to primary care with subsequent diagnosis of PD. Three time periods (<2, 2-<5, and 5-10 years before diagnosis) were analyzed separately and together.

This study provides data suggesting that a range of comorbidities and symptoms are encountered in primary care settings before PD diagnosis in an ethnically diverse and deprived population. Novel temporal associations were observed for epilepsy and hearing loss with subsequent development of PD. The prominence of memory symptoms suggests an excess of cognitive dysfunction in early PD in this population or difficulty in correctly ascertaining symptoms in traditionally underrepresented groups.

Wed Mar 9 , 2022
Over 125 Afghans who were evacuated by the United States amid the Taliban’s takeover of Afghanistan this summer now call Buncombe County home. It’s been a long journey. On Aug. 29, President Joe Biden directed the Department of Homeland Security to coordinate the resettlement as part of Operation Allies Welcome. […] 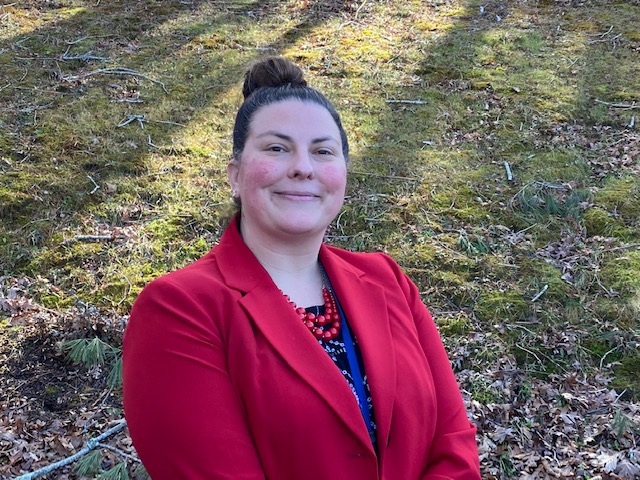