TULSA, Okla. — Scenes of destruction look like Dresden after World War II. Thick clouds of smoke billow over an urban landscape. After the fires, buildings survive at best as skeletal remains, or mere imprints of their foundations. Dead bodies lie in the street.

These are not views of wartime Europe. No, they’re photos of Tulsa, where one of the most horrific race massacres in American history happened 100 years ago on May 31 and June 1. What started as an apparent misunderstanding between two teenagers, one black, one white, turned into a white mob invasion and conflagration that demolished some 1,200 homes, left hundreds dead and many more injured and homeless. It wiped out a Black business district so successful that it had been dubbed the Black Wall Street.

Long covered up, unmentioned even in local history courses, the 1921 Tulsa Race Massacre is finally getting overdue acknowledgment. On Tuesday, Joe Biden became the first U.S. president to tour the area, and he spoke at the Greenwood Cultural Center.

In Tulsa, large displays at the airport trace the history of the city’s Greenwood District, from its development as a commercial and residential area for Black Americans, through the riot, redevelopment and later challenges. The Tulsa Historical Society and Museum has both in-person and online displays of historic images and background information.

The Philbrook Museum of Art is exhibiting historic photographs of the area in the years following the riot, plus works by present-day Black artists. Greenwood Rising, a new museum devoted to the 1921 massacre, is due to open July 3.

In Dallas, the Turtle Creek Chorale has commissioned a commemorative work, Dreamland: Tulsa 1921, from librettist Sandra Seaton and composer Marques Garrett, although it won’t be performed until 2022.

From oil riches to racist destruction

In early decades of the 20th century, Oklahoma’s vast oil reserves helped power the rapidly expanding demand for petroleum products for heating and transportation. Riches were made overnight. With its population exploding, Tulsa became known as the Oil Capital of the World.

The prosperity of white entrepreneurs and workers provided work for Black residents, too. But they couldn’t access basic businesses and services available to white people. So in the first two decades of the 20th century, literally across the tracks on the north side of Tulsa, the Greenwood District evolved a separate Black economy.

What grew into a 35-block neighborhood had Black-owned hotels, newspapers, theaters, grocery and drugstores and restaurants. There were schools and churches, a hospital, lawyers, doctors and dentists, real estate and insurance agents, beauty salons, barbers and an undertaker. By 1921, around 10,000 of Tulsa’s 100,000 residents lived in the Greenwood District.

South of the Frisco Railroad tracks, though, white Tulsa was a racist powder keg waiting to explode. Some white residents resented the visible prosperity in the Greenwood District.

The spark that set off the explosion happened in a downtown elevator. Exactly what transpired will never be known, but after Dick Rowland, a 19-year-old Black shoeshine worker, boarded the elevator, Sarah Page, the 17-year-old white elevator operator, screamed. Accused of assault, Rowland was arrested and jailed.

The next evening, stirred by rumors and racist newspaper accounts, crowds of armed white and Black men gathered outside the county courthouse. In a scuffle, a shot was fired, and more shots ensued.

At dawn, a mob of as many as 15,000 whites, some with arms supplied by law enforcement, surged into the Greenwood District. They shot Black people on the street, plundered homes and businesses and set them on fire. Other fires were set from low-flying airplanes.

“Precious little in the Greenwood District remained to be salvaged,” writes Hannibal B. Johnson in Black Wall Street: From Roots to Renaissance in Tulsa’s Historic Greenwood District. “Tulsa’s thriving, prosperous African-American community lay in ruins, leveled and charred beyond recognition.”

Damage estimates range as high as $27 million in today’s dollars. Thousands of residents were left homeless. Page eventually recanted her accusation against Rowland, who was freed. The police chief was ousted for failure to maintain order, but no whites were ever convicted of rioting, looting, arson or murder.

The community gradually rebuilt, but never to the same expanse and standards. Other blows were to come, notably Interstate Highway 244 slicing right through the heart of the old Greenwood District.

Questions and controversies remain. Ongoing excavations attempt to discover bodies buried in haste in the hours after the massacre. Reparations to survivors remain under discussion. One year after the murder of George Floyd and ensuing nationwide protests, amid continuing issues with police brutality, wounds are still raw.

“We do ourselves no favors by pretending none of this ever happened,” Biden told the Tulsa audience Tuesday. “We should know the good, the bad, everything. That’s what great nations do. They come to terms with their dark sides.”

Along with the Gilcrease Museum, the Philbrook is one of Tulsa’s two significant art museums. Physically, it’s an expansion of the 1927 Italian Renaissance villa built for Tulsa oilman Waite Phillips. Expansive grounds in the back are beautifully landscaped.

In the museum’s entry rotunda, “Views of Greenwood” presents nearly 50 photographs of the Greenwood District in the decades after the 1921 massacre. The work of three Oklahoma photographers, Don Thompson, Gaylord Oscar Herron and Eyakem Gulilat, the images represent the area’s evolution, in ways both positive and negative. Signs of regeneration share walls with scenes of aching poverty and little hope.

In Thompson’s Life Goes On, two pensive young boys sit on stone steps that once led to a hillside home. So Near, So Far contrasts a scarred, blackened foreground with distant prosperity.

We also see people going about daily lives that will never know that prosperity. Georgola’s Café, by Thompson, shows a lone man and a waitress in profile across a blue-collar lunch counter. A Herron photo from 1978 captures a couple relaxing on the front porch of a tiny ramshackle house.

The Philbrook’s other special exhibition, “From the Limitations of Now,” displays works by contemporary artists in a variety of media, reflecting upon past abuses and tragedies but also evincing determination to survive and hope for better times.

Curated by Sara O’Keeffe, the Philbrook’s associate curator of modern and contemporary art, most of the works are new, produced in 2020 and 2021 during the COVID-19 epidemic and uprisings around the country in response to the killings of Floyd, Breonna Taylor and others.

The pileup of broken and smashed musical instruments in Lonnie Holley’s After the Revival (Vox Humana III: The Strength of Music Lives After the Instruments Are Destroyed) brings to mind destruction of nightclubs in the 1921 massacre. Theaster Gates’ Reflections on El Lissitsky creates an abstract composition with sections of flattened fire hoses used against civil rights protesters in the 1960s. The title refers to the Russian constructivist artist who believed that art could be a force for social change.

Unusually, these new works are not segregated in a separate gallery, but interspersed among the museum’s collection of art from the Middle Ages to today. This lends them particular immediacy, even a shock value, and forces us to see them in the continuum of artistic — and social and political — history.

Scott Cantrell was staff classical music critic of The News for 16 years, sometimes also writing about art and architecture. He continues contributing as a freelance writer.

Fri Jun 4 , 2021
The coronavirus pandemic forced many of us to recalibrate our routines in order to protect ourselves and others. That meant staying home most of the time and forgoing otherwise necessary doctors’ appointments, like annual physicals and follow-ups with specialists. According to a May 2020 poll from the Kaiser Family Foundation, […] 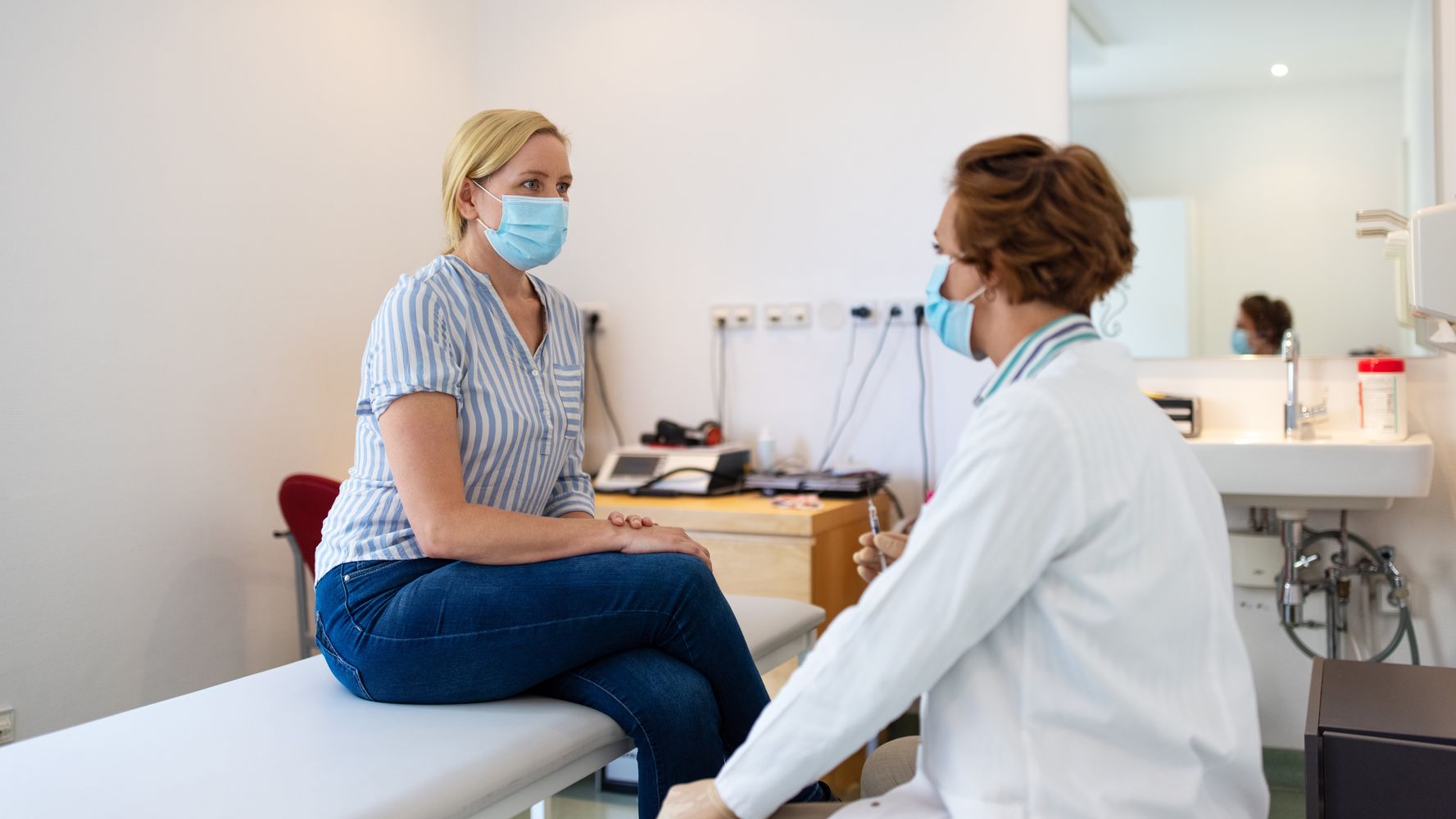