After she leaves that evening, I turn to Google to take the Kinsey test online, to find out if maybe I am one, as I feel as though I need a second opinion. I think to myself that it’s only a brief handful of questions, and also that Alfred Kinsey sure seems awfully straight, so I’m not entirely convinced that this method can be trusted to assess my queerness. But when Kinsey tells me that I’m not a lesbian, and that I am equally attracted to men and women, I believe him—though I’m not positive I’ve ever felt a clean 50/50 split with his same certitude.

While straightness gets to simply exist, I must agonize.

One day, I make a stand-by list of all the men I reliably find hot, as a way of measuring my attraction to men at large. It’s admittedly slim: Adam Driver, Jean-Michel Basquiat, Heath Ledger in 10 Things I Hate About You, Jude Law in that one turtleneck in The Holiday, young Sam Shepard during the brief period in which he dated Patti Smith. I recount my list to my girlfriend, and she says, “Oh, yeah, I also find Sam Shepard hot in his Patti Smith phase—but that’s mostly because they kind of look like a lesbian couple.”

I Google photos of Shepard and Smith to cross-reference this observation. In most, they’re both wearing leather trenches and have versions of the same mullet. I scratch Shepard from my list.

My list of reliably hot women isn’t all that much more robust: Adèle Haenel, Susan Sontag, Cheryl Dunye in The Watermelon Woman, Mariska Hargitay in Seasons 2 through 5 of Law & Order: SVU, Winona Ryder in that last scene of Heathers when her hair’s all teased and she’s covered in soot. My girlfriend concurs with everyone on this list, aside from Hargitay, whom she says has a “Can I talk to the manager” haircut for the first quarter of the show. I wonder what this says about me, as coincidentally, these are the seasons during which I find her most attractive.

Lately when I clock into work at my retail job, I find myself pondering these celebrity crush lists. On Saturdays, I work alongside a coworker named Mary Grace, who I sometimes talk to about film and television. Mary Grace is very blonde, and very straight, and talks like she probably authors the BuzzFeed quizzes I’ve been taking to determine which TV show character I’m most similar to.

At work, while we restock garments to their racks and sanitize clothes hangers, Mary Grace and I briefly discuss Carol, and I take comfort in knowing that she’s watched and enjoyed a film of this nature. I feel close to her for a moment, but then Mary Grace starts telling me about a Hinge date she’s going on later with a guy named Duncan, and about how long it’s been since she’s seen a penis, and about how badly she hopes to soon get laid. For some inexplicable reason, I’m possessed by a forceful temptation to tell her to shut the fuck up, because I know from his name that Duncan simply must be ugly and boring—and in that moment, I feel very decidedly not straight.

Later, I feel guilty for judging them both so harshly. I wish Mary Grace and Duncan a pleasant evening. Still, for a period when I go for walks through Prospect Park, I can’t help but imagine throwing hot coffee at all the straight couples I see being straight together in public.

I try to locate the source of my rage, to figure out why I detest straightness so much for simply existing. I find that it’s really just that: While straightness gets to simply exist, I must agonize. I know that Mary Grace likely never worries about what her sexual orientation says about her, and for this, I resent her.

In line at Bagel Pub the next morning, I stand six feet behind a man who resembles Adam Sandler in Uncut Gems and talks like an emergency dentist I once had to see in Poughkeepsie when I busted my teeth on a trampoline upstate. I can’t stop thinking about how horribly repulsive I find him when I try to order my bagel and figure that this surely means that I’m a lesbian.

But then, later that evening, my girlfriend and I watch the pilot episode of The Undoing, and I can’t stop thinking about how un-hot I think all the women in the show are, and I wonder if this means that I’m actually straight. I vocalize these observations about my lack of interest in each female character to my girlfriend as we watch. Eventually, she asks why I’m so insistent on pointing out who is and isn’t hot, and why can’t I just watch the fucking show. I sheepishly redact my judgments.

I’m embarrassed that my girlfriend is present for the unspooling of all this pent-up attraction.

I recall the Sandler doppelgänger from Bagel Pub earlier that same day and realize how laughable my conclusion about my distaste for him was, considering I couldn’t conjure up a single straight woman who I think would be inclined to fuck him.

I’m embarrassed that my girlfriend is present for the unspooling of all this pent-up attraction. There’s something very pubescent about the need to be a constant judiciary of sex appeal, and for this I feel unevolved. But cataloging my lust makes me feel like perhaps I can make sense of it for the sake of others’ digestibility: Locate the common denominator; diagnose what’s there with a hard-and-fast rule. Finally land on a label that doesn’t feel trivial, or tainted, or nebulous.

I’m not quite sure why I’ve grown so obsessed with this needless compartmentalizing. I think something about life lately might lend itself to these sorts of binaries. Do I leave the house today, or do I stay inside? Order my latte hot or iced? Watch TV in my room or on the couch? Zoom from my bed or my desk? These days, nothing I do feels particularly complex. I feel an unwillingness to allow my sexual orientation the honor of being the one exception.

I remind her that Cate Blanchett isn’t a lesbian, and she says that she’s an honorary one. I wonder if Cate Blanchett knows this about herself, and if I might belong to this same category of women. I wonder if Alfred Kinsey gets to decide this, or if I do.

This content is created and maintained by a third party, and imported onto this page to help users provide their email addresses. You may be able to find more information about this and similar content at piano.io 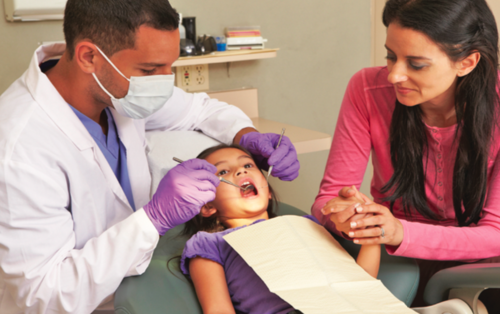