In the U.S. diet, intakes of nuts and seeds have increased from 0.5 serving/d to 0.75 serving/d from 1999 to 2012. NEW ORLEANS — Walnuts, like other nutrient-dense foods, are high in beneficial unsaturated fats, proteins, vitamins, minerals (magnesium), and fibers. From a general classification perspective, nut consumption is associated […]

NEW ORLEANS — Walnuts, like other nutrient-dense foods, are high in beneficial unsaturated fats, proteins, vitamins, minerals (magnesium), and fibers. From a general classification perspective, nut consumption is associated with a lower risk of cardiovascular disease, obesity, and type-2 diabetes.

According to the Association of Walnut Consumption with Total and Cause-Specific Mortality and Life Expectancy in U.S. Adults, which appeared in the August issue of the online journal Nutrients, “in the U.S. diet, intakes of nuts and seeds have increased from 0.5 serving/d to 0.75 serving/d from 1999 to 2012. The increased consumption of nuts partly contributed to a modest improvement in dietary quality among US adults.”

Worldwide, walnuts are among the most commonly consumed tree nuts – providing a lower mortality risk – attributed to their high alpha-linolenic acid (ALA) content – a plant-based omega-3 fatty acid associated with improving blood lipids and endothelial function.

Researchers from the T.H. Chan School of Public Health in Boston, the Department of Internal Medicine, Rush University Medical Center in Chicago, and the Channing Division of Network Medicine, Department of Medicine, Brigham and Woman’s Hospital and Harvard Medical School in Boston, sought to examine the association between walnut consumption with total mortality and mortality from cardiovascular disease and cancer – along with life expectancy.

The assessment of data included dietary assessment – with participants reporting how often, on average, they had consumed a particular amount of walnuts, other tree nuts, and peanuts, respectively, during the previous year. Participants with sustained cancer, myocardial infarction, and stroke were excluded – along with other relevant exclusion criteria.

Information, such as age, ethnicity, medical conditions (presence of diabetes, hypertension, or elevated cholesterol), and family history, was also collected via self-reported biennial questionnaires. Lifestyle factors were collected every 2 years.

Participant deaths were identified from state vital statistics records, the National Death Index, reports by family members, and the postal system in response to the follow-up questionnaires – with physician-reviewed death certificates or medical records to classify the cause of death using the International Classification of Diseases.

It was determined that during a follow-up period of up to 20 years, “that participants with higher amounts of walnut consumption, as well as, the frequency, had a lower risk for all-cause mortality and CVD mortality compared with non-consumers.”

Specifically, “per 0.5 increase in daily walnut consumption was associated with 9.0% lower risk of total mortality and 14% of CVD mortality, independent from background diet quality and other potential risk factors of participants. There was around one year gained life expectancy at age 60 when compared with the extreme category of walnut consumption.”

Looks like your nuts not to include walnuts in your diet. For more information and to read this study in the open-access research section, go to maxwellnutrition.com, where you can find top wellness and nutrition products made in the United States – shipped to your door.

Wed Dec 1 , 2021
It’s holiday card season, and if your loved ones took the time to actually make a card, print a card, find your current address, and send it to you, it deserves to be noted. (Seriously, how are some people so organized? Goals.) What do you do with them once they […] 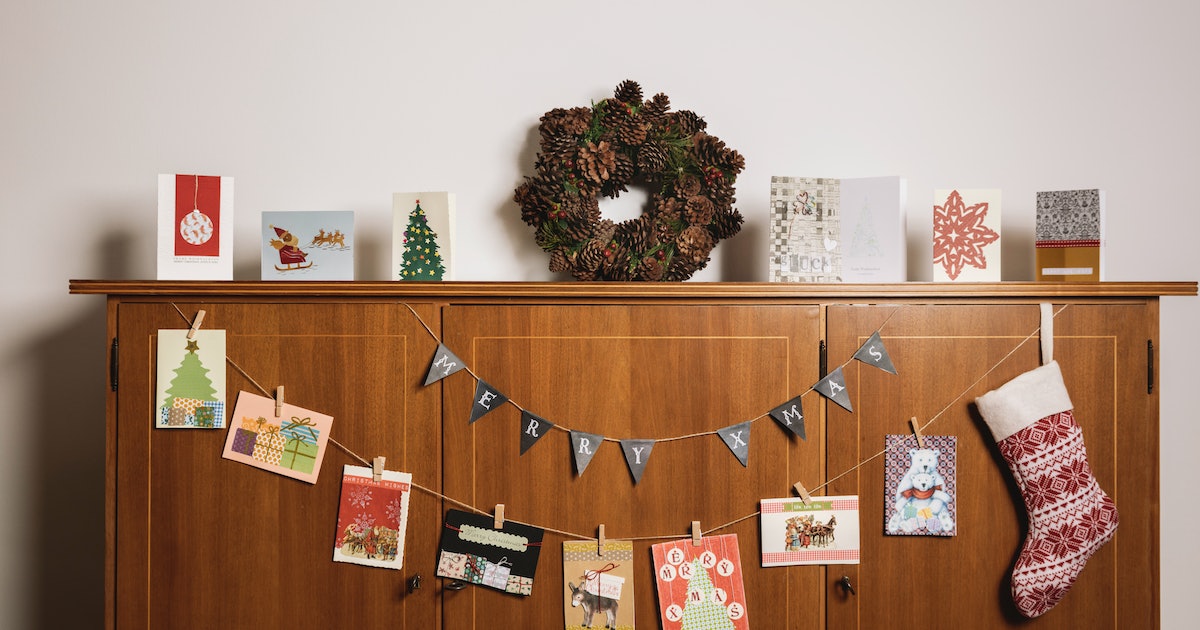