The Rev. Joanne Flowers, a devoted Black minister intent on carrying out the Lord’s work in God’s country, put faith first in moving to Harrison where her heart and prayers have assured her she’s needed.

She said she read of the city’s unfair (and endlessly media regurgitated) reputation on the Internet as allegedly the most racist town in America only after she’d accepted the call to lead the active congregation at the city’s First Christian Church as its senior pastor.

The headlines didn’t deter her resolve. “I took it with a grain of salt because you don’t know who writes those articles,” she said in a story by Arkansas Democrat-Gazette reporters Bill Bowden and Francisca Jones. Black people make up less than 1 percent of Harrison’s population of a 13,000, according to the U.S. Census Bureau.

Her willingness to step into a call to serve an overwhelmingly white community deep in the Ozark Mountains offers truth to the biblical passage from Deuteronomy 31, which explains the need to lean on God for courage in a troubled world. It reads: “Be strong and of good courage, do not fear nor be afraid of them; for the Lord your God. He is the one who goes with you. He will not leave you nor forsake you.”

Reverend Flowers, who has traveled worldwide, replaced senior minister David Artman, who recently retired. I’m told the First Christian search team and Board of Elders were unanimous in their decision to pursue Flowers from the time they initially reviewed her credentials. Being middle-aged, she said their call actually surprised her.

It didn’t matter a whit to that committee if Flowers was 25 or 75, white, red, purple or Black. They unanimously knew she was the one. And today it seems downright providential to me and others that Flowers would immediately begin to bloom in her role as spiritual leader for this congregation.

Since arriving with family in September, the pastor has written that the adjustment from her previous position as minister of Family Life at the Central Christian Church in Weatherford, Texas, to Harrison far surpassed her hopes and expectations, feelings she’s expressed to the church and community.

“I have successfully and prayerfully completed my first two weeks at FCC and it’s been wonderful! Virgil and I and Kitty, (aka Winter Flowers) are adjusting very well. The lower temperatures here in the Ozarks have been a welcomed relief to the triple-digit summer of North Texas,” she wrote in the church bulletin.

“Thank you [church members] for all of the love you’ve shown us through your work on the parsonage, the landscaping, the food, and the gifts and your prayers,” she continued. “Additionally, let me comment about the phenomenal leadership at FCC. Different leaders have reached out and helped make our transition to FCC and Harrison a smooth one. I would begin listing names but I’m afraid I will forget someone, but you and the Lord know who you are. A new pastor could not ask for more. We look forward to serving God with you in the months and years to come.”

Calling a Black female pastor to shepherd a congregation of white parishioners in a Ozarks town (continually besmirched as “racist”) to me displayed not only the search committee’s spiritual wisdom, but its members’ discernment and willingness to ignore race altogether when choosing their senior spiritual leader.

Flowers and her family are steadily learning just how erroneous and unfair the demeaning tag hung on Harrison has been. She and her family have met hundreds of residents anxious to welcome them to the community while doing everything possible to make the Flowerses feel accepted and welcome.

Along with everything else, Reverend Flowers’ background has firmly established this soft-spoken, intelligent minister as a leader in science, teaching, college administration, the clergy and the military.

Flowers earned her undergraduate degree from Central State University in Ohio, then went to work in research and development for Whirlpool Corp. in Benton Harbor, Mich. When boredom set in she enlisted in the U.S. Women’s Army Corps and took one of her first epidemiology courses.

Flowers also became the environmental epidemiologist for Washington state, followed by a stay as chairman of the Department of Public Health at East Tennessee State, which she worked to accredit, then convert, into that state’s first School of Public Health.

The news account said that while teaching in Tennessee, Flowers said she felt God began “playing around in my life” and that she was being summoned into something far bigger than herself.

She had a career in the U.S. Navy Reserve to complete, but having achieved the rank of commander, she didn’t feel a military career provided a larger sense of purpose. God, she believed, had something more for her to achieve.

A Presbyterian chaplain told her he believed she was being called into the ministry and it was time to repay some of her blessings. “It sort of was a correction in my path, in my goals,” she said.

“I was thinking, ‘Heck, I’ve got more degrees than a thermometer. The last thing I need to do is go back to school yet again,'” she said. “Nevertheless, it wouldn’t go away. That was what I felt that I should be doing.”

Having been raised a Missionary Baptist, which doesn’t have ordained female ministers, Flowers was introduced to a female Christian megachurch pastor from Georgia, who mentored Flowers and led her to seminary.

The seminary was Flowers’ introduction to the Christian Church (Disciples of Christ), to which she was ordained in 2013 after earning her master’s in divinity.

Women have been ordained ministers in the faith since the late 1880s, making the Disciples of Christ denomination one that allowed, even encouraged, Flowers to pursue her desire to minister.

“The denomination’s identity statement underscores its adherence to ecumenism and inclusion: ‘We are Disciples of Christ, a movement for wholeness in a fragmented world. As part of the one body of Christ we welcome all to the Lord’s Table as God has welcomed us’,” the news story continued.

And so the Flowers family has become citizens of Harrison and appear fulfilled and settled into a welcoming home where I feel certain her courage and positive influence will be felt and appreciated by many for years to come.

Now go out into the world and treat everyone you meet exactly like you want them to treat you.

Mike Masterson is a longtime Arkansas journalist, was editor of three Arkansas dailies and headed the master’s journalism program at Ohio State University. Email him at [email protected]

On World Mental Health Day, 9 ways to boost your mental health as the coronavirus pandemic continues

Sat Oct 10 , 2020
Oct. 10, 2020, marks World Mental Health Day, an annual event that looks very different this year amid the coronavirus pandemic. Experts in the U.S. are warning of a mental health crisis as people’s lives remain upended by the pandemic. MORE: Mindfulness during the coronavirus: Harvard professor’s tips to help […] 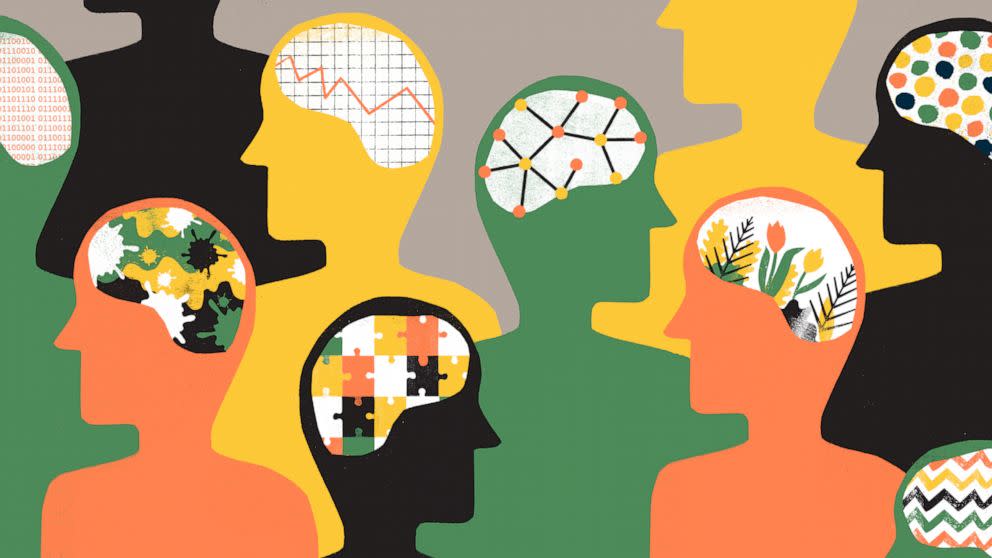