Broad City‘s funny characters drive its many stories. Abbi Abrams and Ilana Wexler work, party, and form relationships in the series. Their antics produce some of Broad City‘s best quotes. The people who come into their lives present their smarts based on their actions, employment, and the situations they find themselves in […]

Broad City‘s funny characters drive its many stories. Abbi Abrams and Ilana Wexler work, party, and form relationships in the series. Their antics produce some of Broad City‘s best quotes. The people who come into their lives present their smarts based on their actions, employment, and the situations they find themselves in with Abbi and Ilana.

Some characters are characterized by their foolishness like Matt Bevers. Others are professional, while still presenting unintelligent behavior like Trey Pucker. Their ability to reason comes into play when they are faced with conflict and challenges.

John Gemberling’s Bevers is Abbi’s roommate’s boyfriend. He is most often showcased lounging around Abbi’s apartment as if it is his own. He shows his lack of wits through their relationship. He has little, if any, self-awareness. Abbi is uncomfortable with Bevers’ boundary stepping and does everything she can to let him know.

He doesn’t take any hints she gives him, even if they are verbal and blatant. He shows some smarts like when he helps Abbi dress for a date and meticulously critiques each outfit. However, his intelligent moments are seldom on display.

Paul W. Downs is perhaps best known for his role as Trey in Broad City, although he has appeared in several other projects. He is Abbi’s boss at Solstice. The two eventually strike up a romance together. Trey shows his intelligence in his working and romantic relationship with Abbi.

Trey shows a lack of critical thinking. Abbi hints several times about her desire for a better position at Solistice, but Trey never picks up on it. When Abbi and Ilana say they have to leave his party because of a “tapeworm in her butt,” he can’t tell they are obviously lying.

Stephen Schneider plays Jeremy, Abbi’s neighbor and crush. He is revealed as not the most likable character in Broad City. He presents his smarts in his altercation with Abbi, in a scene showcasing his less affable qualities.

RELATED: 10 Things You Never Knew About The Cast Of You’re The Worst

When Abbi and Jeremy argue, he presents his point of view with articulation. They discuss who is judging who more harshly based on examples from each other’s actions. He shows intelligence in the argument, but his wits are rarely on display otherwise.

Chris Gethard’s Tom is Abbi’s boss at the web company she works at. His wits are implicit in his position, using critical thinking and multitasking in his high position in the job. He also shows his intelligence in dealing with Ilana’s poor work ethic. He points things out that she can’t see, like when she accidentally wears a dog’s sweatshirt to work.

Todd often uncovers Ilana’s schemes to avoid work. When she sleeps at her desk with her eyes open, pretending to work, Todd discovers what she’s doing. He is observant and notices when her computer is turned off. However, he is less developed than some of the other characters and thus, his wits are showcased less often.

Ilana Glazer’s Ilana is Abbi’s best friend and romantic interest to Lincoln Rice. Many fans remember Ilana for her funny quotes in Broad City. Ilana is capable, and her intelligence lands her with several different jobs throughout the series. She shows her emotional intelligence in her honest relationship with Lincoln.

Ilana shows her smarts in her schemes. She shows up to Trey’s party with an air-filled plastic bag shaped like a wine bottle, tricking the guests into thinking she didn’t come empty-handed. She comes up with the idea for Abbi to dress up and volunteer as her at a food co-op so she doesn’t lose her membership.

Arturo Castro’s Jaimé is Ilana’s roommate and friend. He shows his emotional intelligence in his honest and calm behavior. He rarely lashes out and admits when he has problems, like when the girls stage an intervention for his hoarding.

Furthermore, Jaimé proves his smarts in his test-taking abilities. The girls throw a celebration for him after he passes his U.S. citizenship test. He also shows his smarts in his relationship with Ilana, often pointing out things she can’t recognize amid her misadventures.

Hannibal Buress plays Lincoln. He is Ilana’s romantic interest and a friend to Abbi. He is cheerful and joins Abbi and Ilana in several of their adventures. Lincoln’s intelligence is implicit in his job. He is a pediatric dentist, a position requiring strenuous education and a large domain of knowledge.

He shows his emotional intelligence in his relationship with Ilana. They are open about their wants and needs. They are able to remain friends after having a falling out romantically. He rarely presents foolish behavior in the series.

Abbi Jacobson plays Abbi. She is Ilana’s best friend and one of the main protagonists. She shows her smarts in social situations. When only she is on the list for a booze cruise, she quickly makes up a story that her assistant forgot to add her plus three, and convinces the hostess to let her friends join her.

Abbi shows her critical thinking when Ilana drops her key down a storm drain, coming up with the idea to retrieve it with gum. She doesn’t get the key but comes up with the idea to distract the driver of a truck which subsequently attaches to Ilana’s bike chain, and rescues her. She presents her wits in her schemes. She plans to return Kelly Ripa’s coat during a party in an attempt to spend time with her, and she succeeds.

Alex Gentile is a Senior Writer and Editor at Screen Rant. Having earned a BA in Comparative Literature & Film Studies, he has always had a passion for writing about film with a close analytic voice. However, his academic background hasn’t stopped his writing from growing to a larger spectrum, from pretentious art-house epics to addictive reality TV schlock. He has written independently and for publications, after having fine-tuned his short-form writing by creating descriptions for releases from his independent record label for more than a decade. Alex is drawn to content focused on thrills, whether it be suspense films with substance or pulp TV series with all the drama.

Why SPS schools are going virtual once again

Sat Jan 22 , 2022
SPRINGFIELD, Mo.– Springfield Public Schools has announced it will go virtual next week beginning Tuesday, January 25.   Monday will be used as a training day for SPS teachers to prepare virtual instruction to all students beginning on Tuesday. No classes will be held Monday, January 24th.  After the district […] 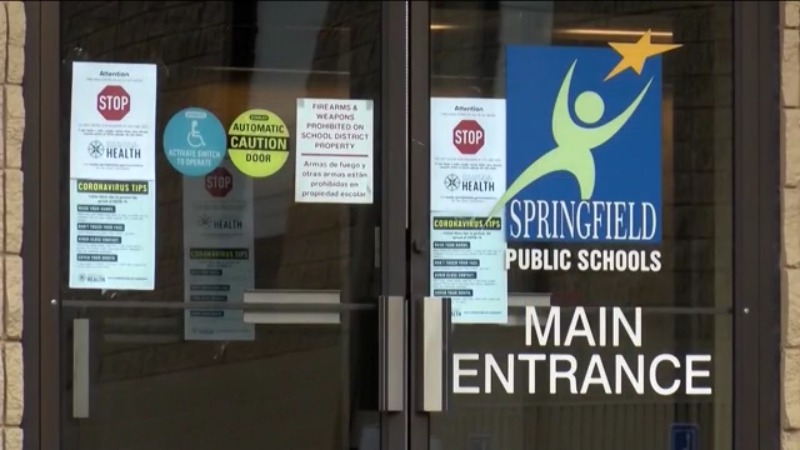