Mar. 9—CLARA CITY — Last year’s graduates at MACCRAY never knew a five-day school week. Students in the Class of 2021 were the first to complete all of their years in the educational system as part of the four-day week the district implemented with approval from the Minnesota Department of […]

Students in the Class of 2021 were the first to complete all of their years in the educational system as part of the four-day week the district implemented with approval from the Minnesota Department of Education beginning in 2008-09.

The district is applying again for a three-year renewal of the authority to offer a four-day school week.

For parents as well as students, it’s become the norm, woven into the daily routine in the Clara City, Maynard and Raymond communities.

That’s the message the school district heard in a survey conducted to gather public input on the request to continue offering a four-day week, according to Superintendent Sherri Broderius.

“We’re situated now. It’s a part of our life. This is what we do,” she said of the common theme found in the surveys.

The district launched an effort earlier this year to invite public comment on the proposal.

Posters with QR codes were placed on school doors and at sporting events. An advertisement was purchased in the local paper. Text alerts were sent out to residents.

All encouraged residents to attend any of three public hearings the district held last month, or to respond to an online survey.

A total of five people showed up for the three hearings held at the MACCRAY West and East Elementary schools in Maynard and Raymond and at the high school in Clara City.

There were 277 respondents to the survey. The vast majority — 86% — indicated support for the four-day week, according to the superintendent.

The district turned to a four-day week in 2008 as a way to save costs and reduce the cuts to teaching staff and curriculum the district was facing. Reducing transportation by 23 days each school year and cutting back on heating was projected to save $85,000.

The four-day week still provides a cost savings, but the 20% reduction in greenhouse emissions made possible by the reduced energy usage is probably a bigger talking point today than the economic savings.

The talking points raised by parents in the survey mainly addressed family, according to the superintendent.

Broderius said a number of parents told the district they appreciate being able to devote more of their time on Sundays to family activities. They now have Mondays to do more of the things they need to prepare for the school week.

Many students are making productive use of their Mondays. Some students use the day for piano or voice lessons. Others work at jobs to put money away for college or explore career opportunities.

For just about everyone, it is now common practice to schedule doctor, dentist and other health care appointments on Mondays.

The superintendent said the school board understands that not everyone supports the four-day week, and a small number of people used the survey to voice their concerns.

There were comments from a few who said they wished there were activities for their school-age children on Mondays. They said that their children were not using the time productively.

The biggest challenge posed by the four-day week is the longer school day it necessitates. The school day runs from 8 a.m. to 4 p.m., and some parents said they felt that was too long for younger students.

Child care is another issue that is sometimes raised, but Broderius noted that the availability of child care is an issue in any case.

The school uses the longer school day to offer an extra class period to provide students with more class opportunities. Each school day also ends with a 25-minute period that can be used as a study hall or for participation in extracurricular activities, such as FFA or National Honor Society.

The school board has taken up some discussions on possibly shortening the school day to address the concerns over its length. The district programs 1,300 hours of instruction for high school students, well above the state-mandated 1,020 hours.

The school is already approved for a four-day week in the coming school year, 2022-23. This application is for the subsequent three school years beginning 2023-24.

The district expects to hear a decision from the Department of Education in May.

'Ghost guns' were made with 3D-printed parts, NYPD says

Thu Mar 10 , 2022
Guns with 3D-printed parts So-called ghost guns — firearms built from kits and which do not have serial numbers — are increasing in popularity. The NYPD arrested a Brooklyn man who built ghost guns from components that he ordered online and created at home using a 3D printer. NEW YORK […] 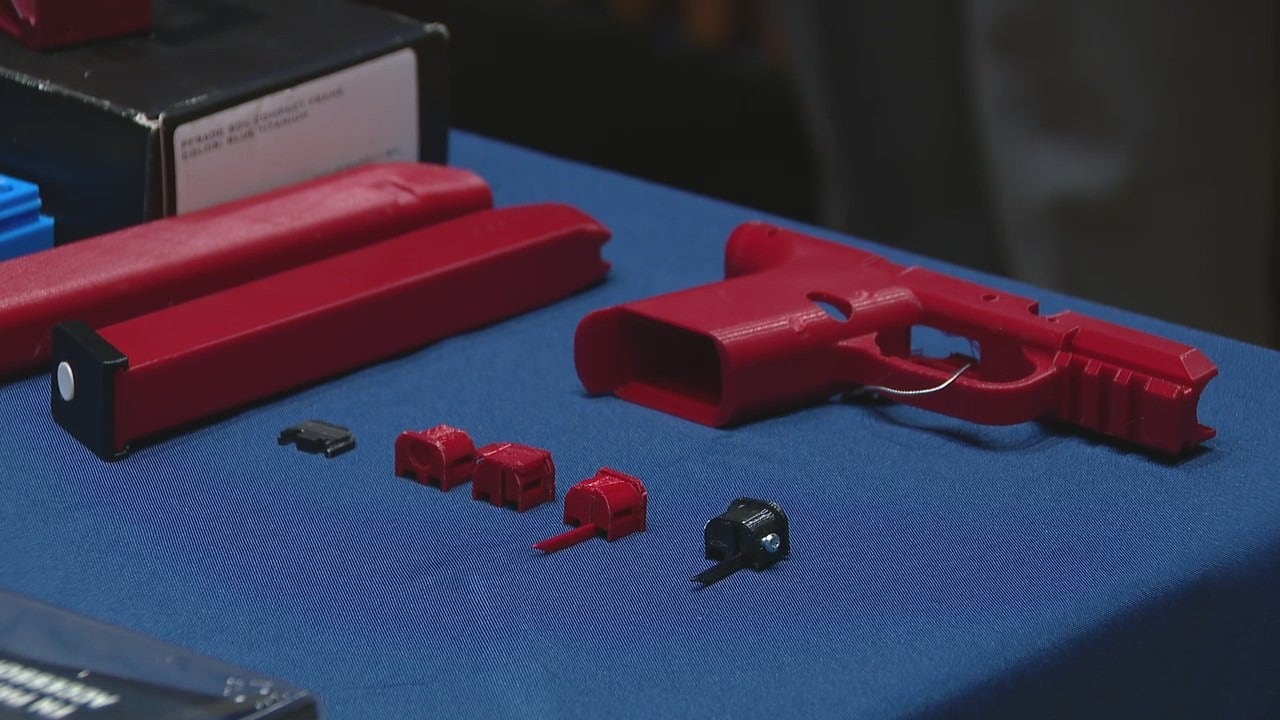