A New Orleans hospital executive has been selected to succeed Jan L. Bergen as the CEO of Penn Medicine Lancaster General Health, Lancaster County’s dominant health system and largest employer. Her replacement is John J. Herman, it was announced Thursday by LG Health’s parent, the University of Pennsylvania Health System. […]

Her replacement is John J. Herman, it was announced Thursday by LG Health’s parent, the University of Pennsylvania Health System.

Herman, who will begin his new job March 1, has been CEO of the North Shore Region for the Ochsner Health system in New Orleans since May 2018.

In that role, Herman leads Ochsner Health’s network of owned or financially integrated hospitals, multispecialty ambulatory centers and more than 110 clinics on the North Shore in Louisiana and the Mississippi Gulf Coast. These employ more than 6,000 people.

Before that, Herman served as chief operating officer for the 767-bed Ochsner Medical Center – Ochsner’s flagship academic Magnet-designated hospital in New Orleans. He began that role in November 2014.

Earlier he was with Catholic Health System for 18 years, rising to chief operating officer of Mercy Hospital of Buffalo.

“I am honored to be selected as the next leader of LG Health,” Herman said in a prepared statement. “It is a wonderful organization with a rich history and a strong commitment to its people, its community and to providing the best health care possible to all.”

Herman is coming to LG Health as it faces growing competition from Penn State Health, which is building a hospital in East Hempfield Township and a second outpatient center here, this one on Harrisburg Pike.

LG Health, though, continues to aggressively expand its services – its strategy for decades. For instance, it now has underway a $182.5 million expansion of its North Duke Street emergency department and a $48 million addition of a proton therapy center to its Ann B. Barshinger Cancer Institute at its suburban health campus.

Kevin B. Mahoney, CEO of the University of Pennsylvania Health System, said that Herman has the track record and philosophy to excel as the leader of the 9,200-employee LG Health, which generates annual revenues exceeding $1.3 billion.

“John’s strong belief in the power of integration to drive healthier communities and his demonstrated experience leading within organizations committed to integrated care across large systems make him well-prepared to sustain and enhance LG Health’s exceptional care of patients in our region,” Mahoney said in a prepared statement.

D. Michael Wege, chairman of the LG Health Board of Trustees, said Herman is arriving with an understanding of the organizations he is joining.

“John brings a deep appreciation for both Penn Medicine and LG Health’s historic legacies as pioneering health-care organizations, combined with a commitment to community care and experience developing high reliability organizations and productive partnerships to provide highly personalized care alongside options for the most advanced medicine,” said Wege in a prepared statement.

Herman holds a bachelor’s degree in biology from Canisius College in Buffalo and an MBA from State University of New York at Buffalo. He and his wife Lisa have two college-age children.

The University of Pennsylvania Health System announcement about Herman did not include his salary or age. An LG Health spokeswoman was not able to immediately provide them.

However, LNP | LancasterOnline reported in February that Bergen earned $1.6 million in the fiscal year ended June 2018.

Bergen, who announced in August that she intends to retire, will remain with LG Health until March 30 to ensure a smooth leadership transition.

“Under her outstanding leadership, LG Health strengthened its nationally recognized excellence in patient care, and its relentless commitment to improving the health and well-being of all in our community. For this and so much more, Jan has our profound gratitude.”

What to read next 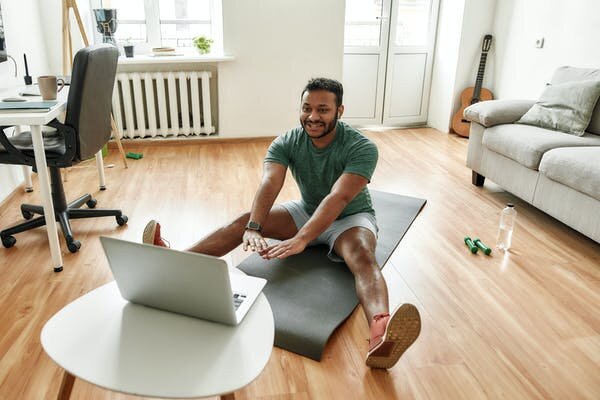