Judy Shelton’s Fed nomination suffers another setback. President Trump’s pick for the central bank’s board of governors failed to advance to a final vote on Tuesday, after two Republican senators voted against, while two others were quarantining after being exposed to the coronavirus.

Dolly Parton, Covid-19 vaccine investor. The singer has drawn praise for funding research that produced Moderna’s coronavirus vaccine, which the company said this week was 95 percent effective. The back story: She donated $1 million to Vanderbilt, and that helped pay for early research into the treatment. Now try singing “Vaccine” to the tune of “Jolene.”

Day 1 at the summit

The speakers had plenty of newsworthy things to say on the first day of our inaugural Online Summit. (There were also a few technical glitches, and we’re sorry for those.) Here are yesterday’s highlights, including links to the full sessions:

‘We’re all in this together …’

America’s top infectious disease expert, Dr. Anthony Fauci, resists politicizing the public health measures to prevent the coronavirus’s spread. “I’m not going to change the divisiveness in this country right now, but I’m going to try my best to get the people in this country to realize we’re all in this together,” he said. “We’ve got to get out of this together.”

Dr. Fauci suggested that with effective vaccines seemingly around the corner, health measures should be bolstered, not relaxed. That means the country needs to take “a uniform approach” to the pandemic rather than “a disjointed” state-by-state response. (A delayed presidential transition is not helping, he suggested.)

The looming holiday season makes traveling and gathering tempting, he said, and people will have to make choices about what risks they are willing to take. But there is “light at the end of the tunnel,” he said, with “some degree of normality” possible by fall next year. “Now is the time to double down” on safety and “put away Covid fatigue,” he said. His family is planning a Zoom Thanksgiving.

‘In the short run, I’m pessimistic …’

Masayoshi Son, SoftBank’s billionaire founder and C.E.O., was early to sound the alarm about the dangers of Covid-19. He said he was still worried enough to have steered the Japanese conglomerate to stockpile nearly $80 billion in cash. Things are now looking up, he said, especially with the prospect of effective vaccines. But, he added, “I want to be prepared for the worst-case scenario.”

The investor also opened up on some of his biggest mistakes. Among them are turning down an opportunity to buy 30 percent of Amazon before its I.P.O. — “I’m so stupid,” he said with a chuckle — and pouring billions into WeWork before the co-working business needed a bailout. That said, Mr. Son still expressed admiration for Adam Neumann, WeWork’s controversial co-founder: “I’m a big believer that he will be successful and that he has learned a lot from his prior life.”

‘The election was always, for us, an artificial deadline …’

Albert Bourla, the Pfizer chief executive, said that he was never personally pressured to meet the Trump administration’s timeline to announce a Covid-19 vaccine before the election, though he was certainly aware of it. “The election was always, for us, an artificial deadline,” he said. “It may have been important for the president, but not for us.”

Wed Nov 18 , 2020
Coronavirus has driven a deep political and ideological wedge between Americans over how best to respond to the worsening pandemic, with Thanksgiving emerging as the new battlefront pitting the need to prevent more COVID deaths against the desire for unbounded freedoms. Millions of Americans prepare to celebrate the national holiday […] 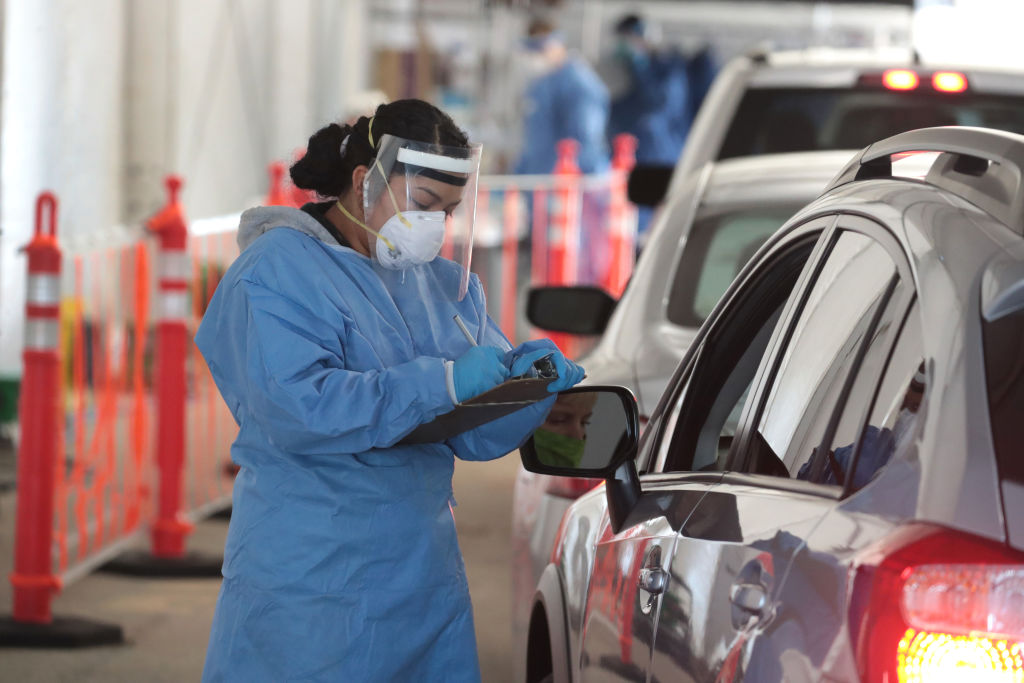