Iowa state lawmakers are considering a bill that would allow dentists to administer the coronavirus vaccine.

The Des Moines Register reports that the proposed legislation, House Study Bill 71, received its first hearing on Tuesday but did not advance as lawmakers said they wanted more time to deliberate.

The bill, if passed, would allow dentists to deliver the shots on the condition that they complete four hours of additional training relating to prescribing and administering vaccinations. The Register notes, however, they would not be permitted to delegate the administration of vaccines to dental hygienists or dental assistants.

State Rep. Steven Bradley (R), a dentist himself, told the newspaper, “We’re still looking into some things and trying to make some decisions, adding that a decision would come “probably within the next week or two, two at the latest.”

The Register reports that Iowa lawmakers have complained recently that the vaccine rollout in the state has been too slow.

President Biden has sought to ramp up vaccine distribution during his first 100 days in office.

Beginning next week, Iowa will also be expanding the groups of people who are eligible to receive the vaccine to include those 65 and over, teachers, first responders, frontline workers, government officials, prison staff and inmates.

According to data from the Centers for Disease Control and Prevention (CDC), more than 361,000 vaccines have been distributed to Iowa and over 162,000 people have received their first dose of the vaccine.

In Virginia, a similar emergency bill was passed unanimously, expanding the definition of health care workers allowed to administer a vaccine, The Richmond Times-Dispatch reports. That measure allows anyone licensed by the Virginia Department of Health in the past 10 years who is in good standing to volunteer to administer vaccines. This includes medical and nursing students, and licensed practical nurses without supervision.

Nearly 600,000 doses of the vaccine have been distributed in Virginia and almost 500,000 people have received their first dose.

Wed Jan 27 , 2021
From designer brands to high street retailers, these are the answer to your money-saving prayers (The Independent) Calling all deal hunters, if you didn’t know already Amazon has a lesser-known outlet store with huge savings to be had across everything from homeware to tech. But, we’ll let you in on […] 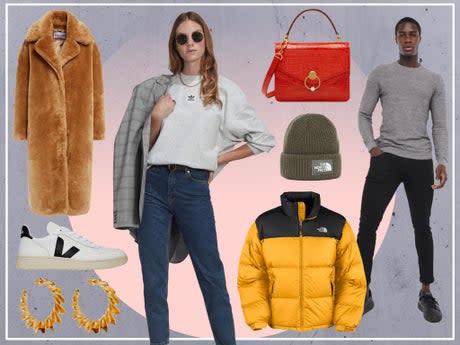