In Italy, former Premier Silvio Berlusconi was hospitalized in Milan after testing positive. Meanwhile, Novo Nordisk A/S is exploring whether a class of medicines that helps people lose weight and control diabetes can also fight Covid-19.

The European Central Bank is likely to step up its crisis response later this year, according to economists, with indicators suggesting an economic rebound is starting to run out of steam. The pace of a recovery for factory orders in Germany, a sign of future output in the region’s biggest economy, slowed dramatically in July.

Subscribe to a daily update on the virus from Bloomberg’s Prognosis team here. Click CVID on the terminal for global data on coronavirus cases and deaths.

Novo Nordisk A/S, the Danish drugmaker, is exploring whether a new class of medicines that helps people lose weight and control diabetes also has potential in fighting Covid-19.

“The early indication is that the GLP-1 class is actually beneficial in Covid-19,” he said. “That’s not unexpected because this is the class of agents that target the risk factors for bad Covid-19 outcomes.”

Former Italian Prime Minister Silvio Berlusconi has been admitted to a hospital in Milan with symptoms of Covid-19 after testing positive this week. The 83-year-old leader of the Forza Italia party had been isolating at his home near the Italian financial capital. His admission to the San Raffaele clinic is a precautionary measure and Berlusconi’s medical condition is not a cause for concern, a spokeswoman for the media mogul said Friday.

Berlusconi, who controls Mediaset SpA, Italy’s largest commercial broadcaster, recently returned from vacation on the island of Sardinia and is campaigning ahead of Sept. 20-21 regional and local elections. Italians will also vote in a referendum on cutting the number of lawmakers in the Rome parliament.

Italy, the original epicenter of the pandemic in Europe, reported 1,397 new coronavirus cases on Thursday, taking the total to 272,912, according to data collected by Johns Hopkins University and Bloomberg News. The number of daily infections has ticked up in recent weeks, though remains far below the levels seen at the height of the crisis in the spring.

Hungary reported a daily record of 459 coronavirus infections, with new cases mostly affecting young people. Active cases climbed to 2,817, the government’s task force reported on Friday, with the number of deaths rising by one to 621.

The average age of those who’ve contracted the virus so far in the autumn is 26, compared with 67 in the spring during the pandemic’s first wave, MTI state news service said, citing a state health official.

Earlier Friday, Prime Minister Chung Sye-kyun cautioned against hurrying to relax the restrictions and possibly see another resurgence of the virus.

German manufacturing continued its recovery in July, albeit at a dramatically slower pace, with orders rising for a third month after restrictions to contain the coronavirus pandemic were relaxed. Demand increased 2.8%, down from a jump of almost 30% a month earlier and less than economists expected. Export orders surged, particularly from outside the euro area.

European Union countries will likely follow Hungary in barring entry to some citizens to contain Covid-19 — while exempting others from the trading bloc — Prime Minister Viktor Orban said.

Orban’s move to initially bar entry to all foreign citizens from Sept. 1 and then days later to exempt some EU citizens drew a rebuke from the bloc.

Turkey extended a layoff ban imposed amid the pandemic until mid-November, according to presidential decree. The ban was first introduced in April, and extended in June. The country’s parliament has given President Recep Tayyip Erdogan authority to extend the ban until June of next year.

India saw a significant spike in confirmed virus cases Friday, adding another 83,341 confirmed infections to bring its tally to 3,936,747 — including 68,472 deaths — according to Ministry of Health data.

The South Asian nation still has one of the lowest testing rates among the worst-affected countries — 32 tests per 1,000 people, compared to the U.S. with 235 per 1,000 and Russia with 254 per 1,000 — which means there is likely a much bigger epidemic than its official figures are showing.

Prime Minister Scott Morrison announced that most state and territory leaders in Australia were recommitted to opening up the country’s economy by December. But did didn’t secure an immediate agreement to lift the border restrictions hampering the recovery.

Australia has fragmented along state lines during the pandemic, with many leaders barring travel from New South Wales and Victoria due to cases of community transmission. It’s complicating efforts to bring Australia’s economy out of its first recession in decades.

The Southeast Asian nation announced four new infections on Friday, including a local case that was reported by the Department of Disease Control the previous day. Thailand’s total virus cases stand at 3,431.

Thailand on Thursday detected its first locally transmitted coronavirus case since May, ending a 100-day streak without community transmission.

Prime Minister Jacinda Ardern said New Zealand will retain its current social distancing requirements until at least mid-month in order to make sure that the coronavirus outbreak in Auckland, its largest city, is halted.

Authorities will next review Covid-19 alert level settings on Sept. 14 and won’t change them before midnight on Sept. 16, she said. While Auckland has exited a level-3 lockdown, new cases among close contacts are still reported daily.

The asymptomatic infections emerged after 128,000 people were sampled in the first days of a China-backed voluntary drive to offer everyone in the city a free test. Some 884,000 residents had signed up as of Thursday, less than the hoped-for 3 million turnout.

The program will be extended for four days to Sept. 11, Secretary for the Civil Service Patrick Nip said at a briefing Friday.

The city-state had 48 new cases on Thursday, with 41 of those in dorms, according to the Ministry of Health. Dorm housing for low-paid foreign workers has made up the majority of the country’s cases.

South Korea added 198 more coronavirus cases in 24 hours, according to data from the Korea Centers for Disease Control and Prevention, remaining below 200 for a second straight day.

The country — which has battled a resurgence of Covid-19 after early success containing the disease — now has 20,842 total cases.

The hard-hit country reported 5,937 more virus cases — bringing its total to 616,894 — according to data released by the Health Ministry Thursday night. There were 513 new deaths.

The surge of cases in North and South Dakota showed no sign of easing, as each state reported a daily increase of cases with numbers significantly higher than two months ago.

South Dakota said Thursday that 118 people in the state were infected because of the Sturgis motorcycle rally, the Rapid City Journal reported.

For more articles like this, please visit us at bloomberg.com

Subscribe now to stay ahead with the most trusted business news source.

Fri Sep 4 , 2020
After months of lockdown inactivity, now is your chance to get out there, before the nights draw in It’s not just children who experience that back-to-school feeling – we all do. Even if you last packed a pencil case decades ago, September still feels like the start of new beginnings. […] 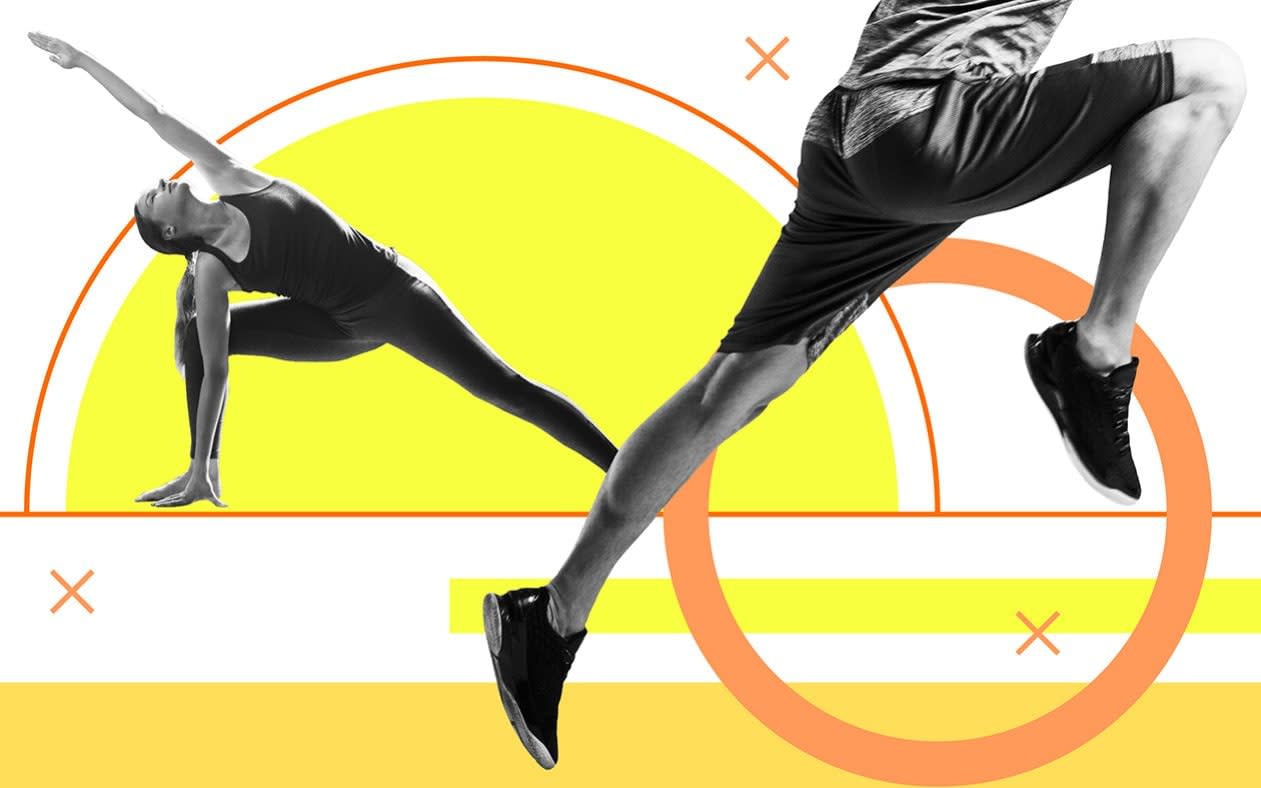