Eleven students take their seats in a lecture hall meant for more than 100 people, each staggered among the rows and wearing a mask. A professor stands at the front of the room, 50 feet away from the closest student. On a projector screen are seven faces: the students who are attending class virtually. Brown students were allowed to gather for socially distanced, in-person classes starting on Monday for the first time in more than six months.

The University transitioned to Level 2 of reopening Oct. 5, according to a [email protected] announcement from Russell Carey ‘91 MA’06, executive vice president for planning and policy. In addition to in-person classes, Level 2 allows students to access more food options, reserve study spots in the libraries and gather with their pods without masks, The Herald previously reported.

“This move to Level 2 is a testament to the collective commitment of Brown students, staff and faculty to promote and sustain a safe and healthy campus,” Carey wrote. “Your dedication and hard work to follow public health guidance — including mask wearing, hand washing, symptom monitoring, social distancing, seeking medical advice when sick and active participation in the routine testing program — has enabled us to take this important step.”

Preparations for in-person classes this week were largely a continuation of processes begun in the summer, including “assessing what rooms would be able to accommodate classes … with the amount of social distancing that was required to make that feasible, and then (determining) where would (the classes) be assigned and how would they be managed,” Carey told The Herald in an Oct. 8 conversation.

While the transition to in-person learning was not flawless, students and professors generally agree that it went smoothly considering the circumstances.

“It felt like, not a return to normalcy but definitely a relatively good substitute,” said Olivia Siemens ’21. “The pandemic has been long and sad and lonely for a lot of people. I think it’s pretty encouraging to just feel like you can get back into the classroom in whatever way is possible.”

Joe Sciales ’21 “did feel oddly out of place” in his in-person class. “It took a bit of time to get into the learning mode because my brain hasn’t associated a classroom with learning in a while,” Sciales said. “The dynamic of the class was a little bit different at first, simply because it was such a stark change to the past few weeks of lecture.”

Rachel Warner ’23 met in a large classroom with rows of desks for her discussion section on PHP 1070: “The Burden of Disease in Developing Countries.” “It reminds me of when you were a little kid and you were going in for the state standardized (test) … when it’s rows really far away from each other,” Warner said. She was also surprised when meeting her classmates in person for the first time, as she realized that she had “never seen these people below their shoulders.”

Overall, Warner thought that the dynamic was much better than online sections because the students were more focused and the conversation flowed more naturally.

Mia Stone-Molloy ’22 said that the first in-person session of her POLS1822U: “War and Human Rights” class had some hiccups but overall went smoothly. “The professor had some trouble recognizing us with our masks,” Stone-Molloy said. There were also minor technical issues setting up the Zoom for the remote student.

Stone-Molloy also enjoyed the class more in-person than she did when it was online. “I think people were more focused in person,” she said. “You have to walk there, and go to a separate space, and see people in person, and have other people see you a little bit more, so it forces you to be more engaged.”

English Professor Philip Gould ‘83 said he was happy to be back in person with his students after such a long period of virtual classes. “I really liked being back in a classroom … (my students) could listen to my bad jokes in person,” Gould said. “Being able to see students and scan the room and get a sense through eye contact … I’m glad we’re doing it.”

To accommodate the hybrid format, Gould altered his ENGL 1561Z: “American Renaissance” class to be more lecture-based during in-person classes, with a separate hour-long discussion section online. “There’s still discussion …  and we communicate over Canvas and email, but I don’t think you can entirely reproduce the seminar,” Gould said.

History Professor Harold Cook is teaching his class HIST 1977J: “War and Medicine Since The Renaissance” as a hybrid this semester, with the students split roughly half and half between in person and online learning. “The reason I was interested in teaching in a hybrid way was that, especially for a seminar, picking up clues from people in the room, being able to make eye contact when you’re talking… is a lot better for discussion than the formalities of Zoom,” Cook said. “There continued to be a bit of awkwardness about (the online and in person) mixture, but I think it worked.”

“You can’t translate the whole experience online,” Gonsher said on his decision to create a hybrid course. With so many design elements, it was important to Gonsher to recreate as close to an in-person experience as possible.

Gonsher’s biggest obstacle has been forming a community while socially distanced and wearing masks. “It’s very hard to kind of establish rapport,” Gosher said, “and that’s something that is really important, especially to these types of classes where … the team that we’re trying to create is so central to the class.” Hybrid classes place “more of a burden on students who just need to warm up a little bit more and get to know people a little bit more, and we’re working through it.”

Ellen Yoo ’23, who is taking both ENGN 0490: “Fundamentals of Environmental Engineering” and EEPS 1130: “Ocean Biogeochemical Cycles” as a remote student, explained that she prefers the fully online classes to hybrid. During hybrid class, the professor is “more lecturing to in-person students rather than the online kids,” Yoo said.

Siemens also noticed that students attending class virtually were having trouble getting the attention of the professor.  “It was a little bit difficult with the hand raising function on Zoom because the professor was lecturing in person and not necessarily checking the Zoom all the time,” Siemens said. “I think the people who were virtual were at a slight disadvantage in that regard.”

During class, Yoo could not see the in-person students, and because the only microphone was near the professor, she could not hear them either. “Obviously online learning wasn’t ever ideal, but I feel like kids who get to go in person now definitely have a better side of the deal,” Yoo said.

Fri Oct 9 , 2020
HCA Healthcare Inc., HCA 2.14% one of the nation’s largest hospital chains, said it would pay back federal pandemic relief, the latest indicator of the $1 trillion hospital sector’s rebound from pandemic-inspired disruption caused by suspended surgeries and widespread lockdowns. The Nashville-based company said it would return the roughly $1.6 […] 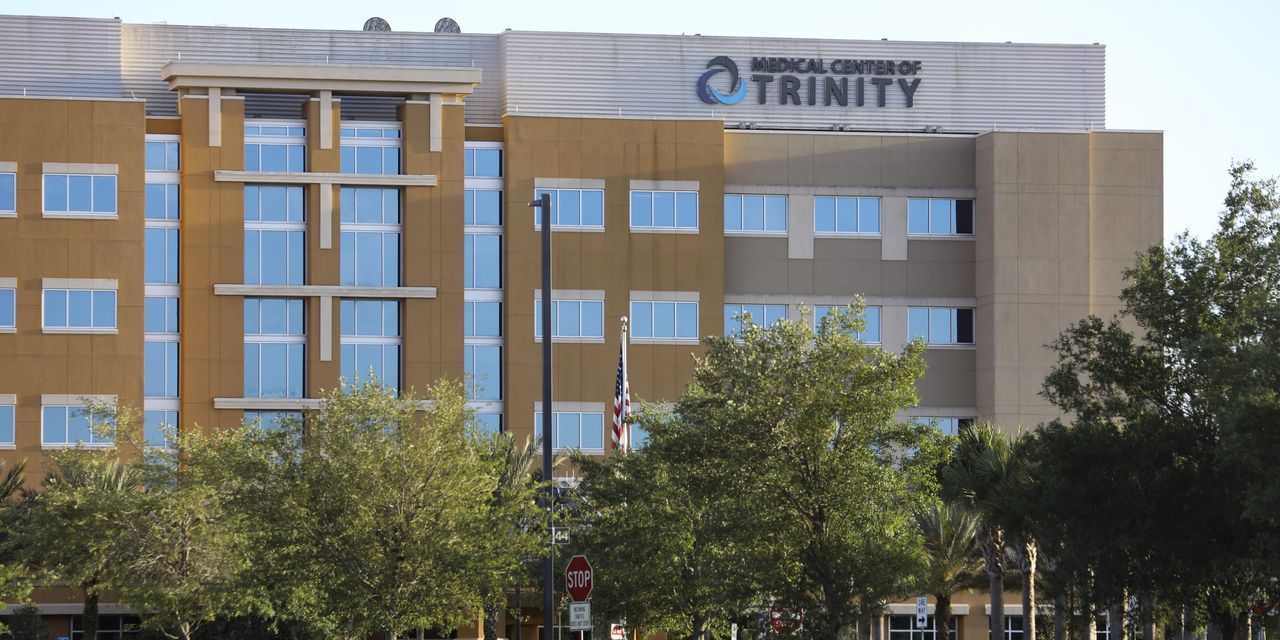