LYING in hospital with a blood-soaked face, schoolgirl Sophie Davies fights for her life after being critically injured in an 80mph boy racer horror crash. “S***,” the 17-year-old mumbles through an oxygen mask, as a consultant tells her she needs emergency surgery. Then, realising she’s sworn, she adds: “Sorry, sorry, […]

LYING in hospital with a blood-soaked face, schoolgirl Sophie Davies fights for her life after being critically injured in an 80mph boy racer horror crash.

“S***,” the 17-year-old mumbles through an oxygen mask, as a consultant tells her she needs emergency surgery. Then, realising she’s sworn, she adds: “Sorry, sorry, sorry!”

Sophie, now 18, suffered a string of horrifying injuries after the Ford Fiesta she was travelling in with pals swerved on to the opposite side of the road and smashed into an oncoming Mercedes at high speed last June.

The red Fiesta was being driven by “arrogant” Edward Bell, then 17, who ignored his passengers’ screams to slow down as he raced against friend Thomas Quick just a day after passing his driving test.

Now, more than a year on, remarkable new documentary footage reveals the moment Sophie was raced into Royal Stoke University Hospital, where she later discovered Olivia, 17, had died.

The Channel 5 documentary also follows the teen as she undergoes life-saving surgery and is comforted by her mum – who witnessed the crash scene first-hand after getting a phone call from a friend.

‘I was lying by the road, confused’

For Sophie, the moments before the tragedy are a blur.

But talking to Sun Online ahead of tonight’s show, she recalls lying on the cold ground along with other crash victims, including a third teenage girl who was also a passenger in the Fiesta.

“I was just so confused, I didn’t really know what was going on,” she tells us.

“I remember asking my mum whether we were still going on holiday. I feel like I was smiling, I didn’t feel any pain or anything, I was just confused.”

Two people in the Mercedes were also badly hurt in the crash.

Though Sophie at the time didn’t know Olivia – her “beautiful” best friend of three years – had been killed, she had a feeling something was very wrong.

“I think I kind of guessed it when I was lying on the side of the road because me and the others were lined up to each other but Olivia was in the ambulance,” she recalls.

A LEGION of boy racers are willing to risk their lives – and others’ – to experience death-defying thrills on Britain’s roads, a Sun Online investigation has revealed.

Convoys of top-of-the-range vehicles have been spotted congregating on spectator-packed streets – their engines throbbing, horns blaring and flashing lights illuminating the darkness.

Across the country, motorists have also been seen tailgating drivers and speeding past major road works. One police force has even been forced to use drones to investigate boy racers in their area.

Worryingly, the situation only seems to be escalating: we found a huge spike in the number of speeding incidents witnessed in the UK.

Almost half the population claimed to have spotted a driver recklessly breaking the limit within the first month of the Covid lockdown.

And there have been reports of dangerous boy racer meet-ups all over the country. Many of these reckless events end up on YouTube, where they receive hundreds of thousands of views.

A spokesperson for road safety ­charity Brake said in April: “It is shocking to see such blatant disregard for the rules of the road, which exist to keep us all safe.”

Sophie – now a university student – was heading back from a day out swimming at a local lake with pals when the crash occurred near Ruthin at around 7.30pm on June 27, 2019.

A court later heard that Quick, who was driving another car, had ‘manipulated’ Bell into racing him that day – with the reckless pair repeatedly using the roads “as a racetrack”.

Harrowing dashcam footage captured the boys overtaking each other on blind bends just hours before the head-on collision. One witness remarked: “They are going to die… we are going to drive past a burning wreck.”

Bell – who “seemed to think he was invincible” – was said to have seen the chance to race Quick as a “final window of opportunity” before his car was fitted with a speed limiter.

At one point, he allegedly hit speeds of 110mph while approaching a 20mph zone. He also drove into a ditch after a near-miss with another vehicle, before eventually hurtling into the Mercedes.

“On our way back, [from the lake], we just went too fast and we ended up crashing,” says Sophie. “I don’t remember the moments up to it.”

In tonight’s documentary, doctors can be seen cutting off Sophie’s clothes as she’s stretchered into the hospital, with her hands and face coated in blood and an agonising pain in her tummy.

The teenager is taken away for a CT scan, which identifies a bleed and air in her stomach cavity. “She is in a critical condition. She has got significant injuries,” says consultant Richard Hall.

Suffering from a suspected bowel injury – among others – Sophie is told she needs to undergo an emergency operation. If not, doctors warn, she could die from gangrene of the bowel.

Still confused about the situation, Sophie innocently tells Dr Hall her tummy pain might just be “indigestion”, before he gently reveals how severe her internal injuries are feared to be.

“I remember being on the stretcher thing,” Sophie recalls now.

“Because I must have been on a lot of drugs, I started gossiping to my mum. I told her not to tell anyone – and then she told me that the whole of Britain is going to know because they’re filming me!”

The teen agreed to be recorded for the documentary, which also follows the treatment of other patients – including a mum with a ruptured brain aneurysm and a man who suffers multiple cardiac arrests.

I started gossiping to my mum… then she told me that the whole of Britain is going to know because they’re filming me!

“It was probably more traumatic for [my parents] than it was for me because I don’t remember any of it,” Sophie adds.

In the show, mum Julie and dad Steve, 51, are filmed saying a tearful goodbye to their daughter as she’s whisked off for surgery. Brave Sophie cheerily tells them: “Byeee!”

Back in the family room, the parents admit they’re petrified for their girl. “Even now, when the doctor says she’s still critical, it’s – you’re just terrified,” Steve tells producers.

Fortunately, Sophie’s operation went well. Tonight, the teenager will watch with other viewers as the NHS surgeons slice open her stomach, examine her small bowel and treat her.

“All the nurses and surgeons – they were incredible,” she says, adding: “I have so much respect for NHS staff, especially carrying on with the pandemic, it must be so hard.”

Following the crash, Sophie spent three weeks in hospital. Initially drifting in and out of consciousness, she says she found out the heartbreaking news about Olivia on her “second or third day”.

“We were very into our school work – we liked being clever – but we also really liked to party,” she tells us. “So we had a really good social but clever balance. We were good influences on each other.”

In March this year, Quick and Bell were jailed for five years after pleading guilty to causing death by dangerous driving – and seriously injuring four others – at Mold Crown Court.

They were also disqualified from driving for five years and 30 months.

Judge Niclas Parry condemned the incident as “one of the worst examples of dangerous driving one could imagine”.

“You two were the cause of those dreadful consequences. That was purely down to your arrogance, selfishness and egotistical conduct,” he told the boy racers.

The judge also pledged to write to the Government, calling for a ban on newly-qualified drivers from carrying more than one passenger for a year.

In the Channel 5 documentary, Dr Burnham describes the deadly crash as an event “that probably will change” all of those involved “in some way”.

And for Olivia’s parents, it was an unimaginable tragedy that they say has left them as “shells” of their former selves, waiting for their turn to die.

“We’ve got to exist on this planet for as long as Mother Nature wants us to, but it’s waking up every morning, knowing what we had and what we lost that day,” Olivia’s mum Jo told the Daily Post.

“We had the most amazing child.”

The crash has changed Sophie’s life, too.

After leaving hospital, the schoolgirl – who still regularly sees Olivia’s parents – was bedbound for a month. She has since suffered from stomach complications and difficulty walking.

“It took me like a year to be properly able to walk,” she says.

Today, Sophie has just started studying psychology at the University of Leeds – and is working to prevent other speeding-related tragedies.

Yet she acknowledges that the crash that killed her best friend – and saw two young boys caged for years – will always haunt her.

“You can move on from it, but you still think about it every day.”

Thu Oct 1 , 2020
By Barbara Starr and Paul LeBlanc, CNN (CNN) — The US Army has seen a worrisome increase in soldier deaths by suicide since March, raising questions about whether troops feeling isolated due to the coronavirus pandemic may be a contributing factor. CNN has learned that the monthly number of suicides […] 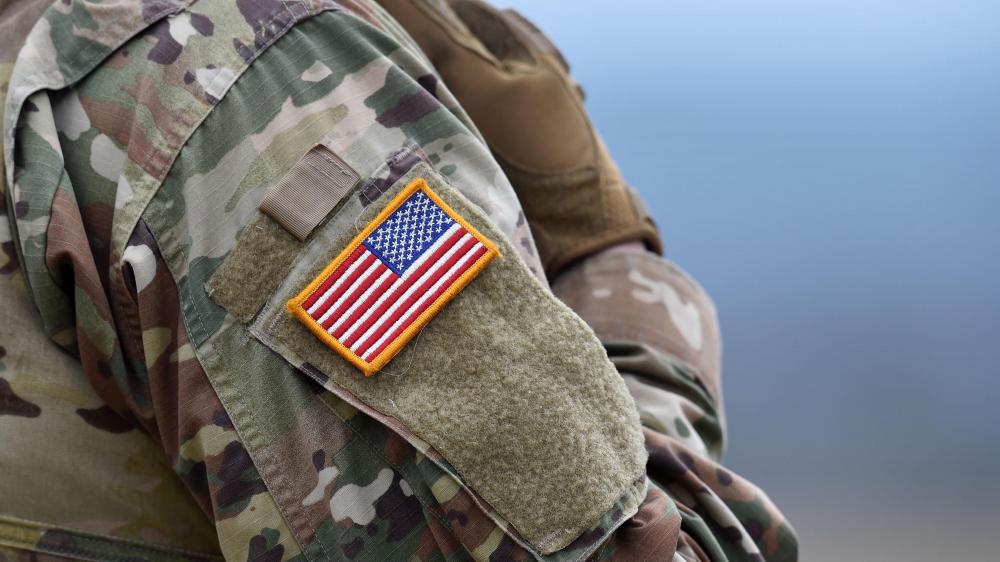