Photo courtesy of the author According to this year’s ONS report on coronavirus and loneliness, around 50 per cent of people over the age of 16 had felt some level of loneliness within the week the survey was taken. It’s a pretty bleak statistic. Being lonely can increase mortality rates […]

Photo courtesy of the author

According to this year’s ONS report on coronavirus and loneliness, around 50 per cent of people over the age of 16 had felt some level of loneliness within the week the survey was taken. It’s a pretty bleak statistic. Being lonely can increase mortality rates by 26 percent, lonely young people are more likely to get wasted more often, and loneliness – obviously – has a detrimental effect on mental health.

I can definitely relate: While I don’t live alone, I’ve been feeling lonelier than usual during the pandemic. The numbing of this issue with an extra beer, endless podcasts and scrolling through brain-melting Twitter spats has been okay, but it isn’t quite working anymore. I also realised that it’s October already and I don’t think I’ve made m(any) new mates this year.

Making new mates was hard as an adult guy in the Before Times (in 2019 it was reported that one in five men have no one they’d call a “close friend”), but without parties and gigs and festivals, it’s even harder. Where is it supposed to happen? Two metres away from someone at the supermarket? Sober outside a pub at the 10PM curfew? With that in mind, I decided to set myself a challenge: to make one new mate in a pandemic. To do this, I devised five friend-making methods. There were some ups and downs. My findings are as follows.

Tweeting felt quite natural at first, as that’s all I ever seem to do these days. Yet as soon as I hit send, I felt something akin to the hungover regret of seeing the stories you’ve replied to for absolutely no reason. After 43 seconds of no notifications, I was convinced that everyone hated me. Then suddenly I received a DM from someone asking about going for a pint.

They also seemed like someone I would actually go for a pint with, which I suppose I hadn’t even thought about until then. After agreeing to a time and place, I quickly deleted the tweet before my fame spiralled and I had to recruit a personal assistant. This all took about one minute to unfold.

Conclusion: 8/ 10. Despite the general bad vibes of Twitter, most people want to make new friends too, so if you swallow your ego this should work (provided neither person flakes later on).

I SIGNED UP TO A DATING APP (FOR A FRIEND)

So I made a Bumble BFF profile, which is an app for mates. Initially I thought about just using an actual dating app, but quickly figured it would have caused headaches later on (“Are we just friends?” “Yes we are sorry, I meant that very literally”). Plus an actual friend-seeking app exists, so why not just have some relative certainty in this godforsaken 2020? I also didn’t mind having to take selfies knowing that I wouldn’t be dismissed for being ugly, as that isn’t the point here: Everyone wants to be the hot friend.

Throughout the week I was a little picky about who I want to have a chat with and swiped right on about 25 people. There’s one person whom I do actually hope to match with, as he seems like a sound guy, but we haven’t yet. I also set the location distance to seven miles, because I am not trekking to Margate for anyone.

I ended up matching with two people, which would be upsetting except I’ve realised that realistically there’s not a huge chance of me making friends this way – there’s just no vibing. I’ve had brief (up to three) nice messages with the aforementioned two people, but I can’t see us buying matching bracelets anytime soon.

Conclusion: 2/10. This should have worked the best in theory, but mainly I didn’t have much in common with anyone on Bumble BFF other than the fact we were on a friend app.

This should have been the easiest one to do, except I had an unshakeable fear that they would read and ignore the message, undoing years of brief, light responses to a cool outfit or dog on the story, ending each time with “we really must meet up sometime!”

In reality it worked out just fine. I just messaged exactly what we should have messaged at some point many times before, asking if they wanted to meet up and when they’re free. They did respond (can you believe?) and we agreed to meet at a specific time and place as soon as it’s figured out what’s actually legal this week when it comes to socialising.

This was surprisingly daunting, so I put it off until the penultimate day of the experiment. Can you imagine asking your mate for a mate and they genuinely can’t think of anyone who’d like you? Or worse, they don’t reply and the chat has to be deleted and new accounts have to be made just to shake away the horrible stench of passive rejection?

Anyway, this actually went quite well. I consulted my “V for Virgo” group chat because I figured the addition of mutual star signs made for greater security. Pretty much immediately I was given the suggestion of someone who sounds like he could well be my twin. I’m not sure if I want to have a twin, but I’m sure there’d be enough to talk about over an afternoon when we meet up. We also have mutual friends we can meet up with, which should make things less weird.

Conclusion: 7/10. Unless you and your mates have wildly different ideas about the sort of person you’d hang with, this is almost fail safe.

Strange resort, yes, but this felt like the best way to re-create organically meeting someone new without having to sit near anyone or start yelling a conversation starter. The plan was simple: make a sign explaining the situation, stand somewhere busy, have a brief chat with someone and exchange social media handles or else throw the sign in the bin immediately and frolic around Shoreditch two metres away from my shiny new pal.

I decided to research which colours were most friendly (yellow) and wore the closest thing I could find to yellow. After that I made the sign, which was a little bit @babakganjei but whatever. Towards the end I decided to add a nice smiley face to it, which is the moment things went very wrong. I couldn’t get the smile to be a nice curve, so I kept going over it and it got thicker. It looked evil. The smiley face looked very threatening. I gave it thick eyebrows to compensate, but I don’t think they worked.

I started on Brick Lane and later around Spitalfields Market in east London. Very quickly a pigeon got way too close to me. I tried to stay because maybe it wanted to be my friend, but I don’t like pigeons so I shooed it away. Beyond my grapples with wild flying beasts, I did have a few people read my sign and smile or giggle, but literally nobody approached me. I also received a stern look from a police officer. I then realised my message perhaps could have been misread as suggesting having COVID is lonely and that I (with COVID) wanted a friend. I had been out for over an hour by this point, so I went home.

Conclusion: 1/10. Holding a sign did not help me make new friends during a pandemic. Passersby actually appeared a bit frightened. Perhaps my marketing could have been better.

So there you go. Everyone knows it is shit feeling alone and isolated, but there are methods around it even during these “Strange and Unprecented Times”. Being bold and open and sending a message to someone seems to work best. Weird behaviour such as public street signs, maybe not.

The Pandemic Brought Loss.Now They’re Behind on Rent.

Thu Oct 15 , 2020
THE NEEDIEST CASES FUND For these families in Queens, bills piled up. “All this hit and it’s hard because you feel so powerless over everything.” The last day Maria Quezada saw her husband alive, he was lying in a hospital bed in Nassau County, his face bloodied after 17 days […] 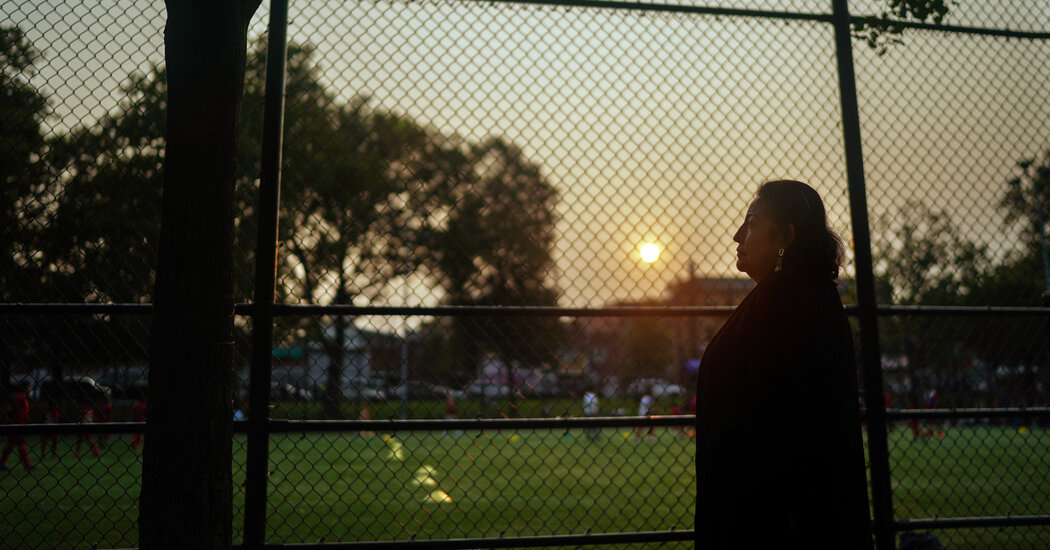