I met my boyfriend in the midst of a pandemic — so, as you can imagine, the context for our courtship was particularly unique. We crossed paths during the brief four-month window in which we were both living in New York City simultaneously. Lucas, the boy in question, had been […]

I met my boyfriend in the midst of a pandemic — so, as you can imagine, the context for our courtship was particularly unique. We crossed paths during the brief four-month window in which we were both living in New York City simultaneously. Lucas, the boy in question, had been living in San Francisco since early 2019, where he worked as a copywriter for a tech company — but he had moved to New York to be closer to friends and family when his job afforded him the freedom to work remotely. I had found myself in the city for similar reasons: My University of Michigan classes had migrated online and a New York friend tipped me off about a cheap sublet in Brooklyn.

Shockingly enough, we did not meet on a dating app. Instead, Lucas slid into my DMs. I’d spent the preceding year developing my meme page into a viral account. The account, Depths Of Wikipedia, is centered around pulling the strangest, most eccentric details from, well, the depths of Wikipedia and sharing them on Instagram. Out of the blue, he sent me a message that simply read, “I love this account!” We DMed back and forth for a bit, and found that we had excellent rapport — so, we went on our first date. I sent a Zoom link, poured some wine, and soon realized that Lucas was everything I’d ever dreamed of. We had to meet up IRL.

So we made plans to meet at the American Museum of Natural History on a Saturday. We giggled through the exhibits. “That’s you,” I said, pointing at a one-eyed taxidermied owl. After the museum, we got dinner and watched Jeopardy — and I learned we were equally well-matched trivia competitors. The date went so well that we decided to plan a four-day trip together for the following weekend — a casual third date. Newly vaccinated, we set off for L.A., where we surfed in Malibu, hiked coastal mountains, and began to develop some real, serious feelings for one another. “I want to keep seeing you,” he said on the last day and my heart leapt. All I wanted was to keep seeing him — and for him to want to keep seeing me.

Of course, we weren’t naive. We didn’t actually live in the same city. We planned to stop seeing each other when we both departed from New York. Sure, we weren’t thrilled. But we were pragmatic. Or not: Two weeks after “breaking up,” we realized we were both miserable. “I can’t just sit here and let you be the one that got away,” he told me over FaceTime. We agreed to get back together and date long-distance. I asked him 29 questions about dating during the pandemic.

1. What was your pandemic love life like before me?

The first year of quarantine was pretty lonely. But after that, once New York had outdoor seating available, I had a few first dates — none of which really went anywhere. So I guess that was pretty lonely, too.

2. What went through your head before you DMed me on Instagram?

I’d been following your meme account for four months, and honestly, it was my favorite account on Instagram. I thought it was so funny. Then, when you posted something about your personal account, I realized it was run by a cute woman — who just so happened to live nearby in Brooklyn. I absolutely freaked out — I had to reach out immediately.

3. What did you think of our Zoom date?

You suggested making PowerPoints about stupid topics and presenting them to each other, and I was immediately like, “Oh my god, I’m in love with you.” It was so casual and fun, and I could tell you were really creative.

4. What did you tell your friends about me?

I remember being drunk and saying, “Bro, she’s like, famous” to one of my friends. He told me to calm down. You’re obviously not famous — and that was just part of the initial attraction. But in the beginning, it felt like I was meeting a celebrity.

5. When did you know you wanted to pursue something serious with me?

When I was walking home from our first non-Zoom date. I had held in a fart for like 10 hours, and when I finally left your place I let it all out. We had an amazing day, and in that distinct moment of relief, I had a wave of happiness and I knew we had something special.

6. How was this date different from other first dates?

Our conversations felt natural and we both laughed a lot. We were genuinely interested in what the other person was saying.

7. After our first date, you suggested a road trip together the next weekend. What did your friends think about the fact that you took a girl you barely knew on a trip?

My female friends thought it was very romantic…but also, they told me that I’d better be sure you were worth it. If you ask someone to go on a wild second date once, you’re fun and spontaneous. If you make that “your thing,” it’s a little less charming.

8. Would we have ever dated if it wasn’t a pandemic?

Logistically, no! I would have never been back in New York. Neither would you.

9. We agreed to break up when we moved away. Did you ever suspect we’d ever get back together?

I was really optimistic that we’d get back together someday when we could both be in the same place. I just didn’t think it would happen so quickly. We only broke up because we were moving.

10. Do you regret breaking up?

No. I think it showed how much we really wanted to be with each other.

11. Did you think I was on board with the breakup?

I thought you were on board rationally. It made sense. But emotionally, you were a wreck. And I knew that if I asked you to stay with me, you’d say yes.

12. Who puts more effort into our relationship?

Right now, I do. But there have been times when it has been you.

13. What’s your least favorite thing about me?

You don’t like me to help you, and you don’t ask for my feedback.

14. What’s your favorite thing about me?

You’re exciting. No day is ever the same with you. You always find adventures, seek out new people, and try new things.

15. How have you changed for the better from dating me?

There are two big things: First, you push me to actually turn creative ideas or impulses into real projects, and second, you influence me to eat more vegetables.

16. How do you think I changed for the better from dating you?

You’ve gotten better at handling paperwork and other annoying tasks like scheduling dentist appointments on time or renewing your passport. You used to avoid those things entirely. But I think my rule-following, chore-oriented tendencies really complement your general free-for-all attitude about most things.

17. How do you think I changed for the worse from dating you?

You used to be such a good, devoted vegetarian — and I think my taste for greasy food and meat has rubbed off on you a little bit.

18. If you could predict our break up, why do you think it would occur?

Well, I’m planning to stay in San Francisco for the next five years. So, if you got an amazing job in New York that you couldn’t pass up, we’d be doing long distance for the foreseeable future. And from what I know, that can be really tough. I’m just insecure — so at a distance, I’d worry that you’d fall for someone cooler.

Living in an apartment in San Francisco with your cat Pearl and a calico cat named Stinky.

20. How did the pandemic change your attitude toward dating?

When we broke up, you channelled all your feelings into a zine. There were 20 pages full of cute drawings, memories, and lists, like “Women of San Francisco: you should date my boyfriend and here’s why.” Also, I was oddly touched when you paid for that dumb parking ticket I got the other day.

I love surprising you with things, but you seem to get most excited about the smallest things. You were so happy when I showed up at your door with those flowers from Trader Joe’s.

23. What do you think my biggest pet peeve is about you?

I’m kind of a know-it-all sometimes. You can’t stand when I over-explain things.

24. What’s your biggest pet peeve about me?

You’re messy! Also, when I choose the movie, you always fall asleep immediately instead of giving it a shot.

25. Is there anything about our first date that you haven’t told anyone?

You showed up late because you had to get meds for a suspicious rash on your arm.

26. If I weren’t dating you, what type of person would I be dating, and how would they be different?

I could see you dating a magazine writer whose beat was infrastructure. Or a cool bartender. Or a podcast producer. Someone smart and in-touch with culture.

27. Which one of us is more likely to break up with the other?

I think you’re more likely to break up with me.

28. What’s the biggest difference between us?

I plan things out, and you dive into opportunities headfirst. The second biggest difference is the way we spend money. Sometimes you’re frugal to a fault — I remember you had no bath mat or microwave for a while. You could afford them, but you “didn’t feel like spending the money.” I fall more into the opposite category — sometimes I waste money on things like pricey cocktails and overpriced Ubers.

29. If COVID hadn’t happened, what type of person would you be with?

San Francisco is not an easy city for dating, especially if you’re looking for women, but maybe I would have found someone techy and relatively cool. I imagine that they would be less fun but…more stable than you.

Like what you see? How about some more R29 goodness, right here?

Mon Dec 20 , 2021
The pandemic has created a worker shortage and opened up opportunities to change jobs or careers. The number of workers quitting their jobs hit a record high in September, and October was not far behind, according to federal data that stretches back to 2000. Yet relatively few U.S. adults are […] 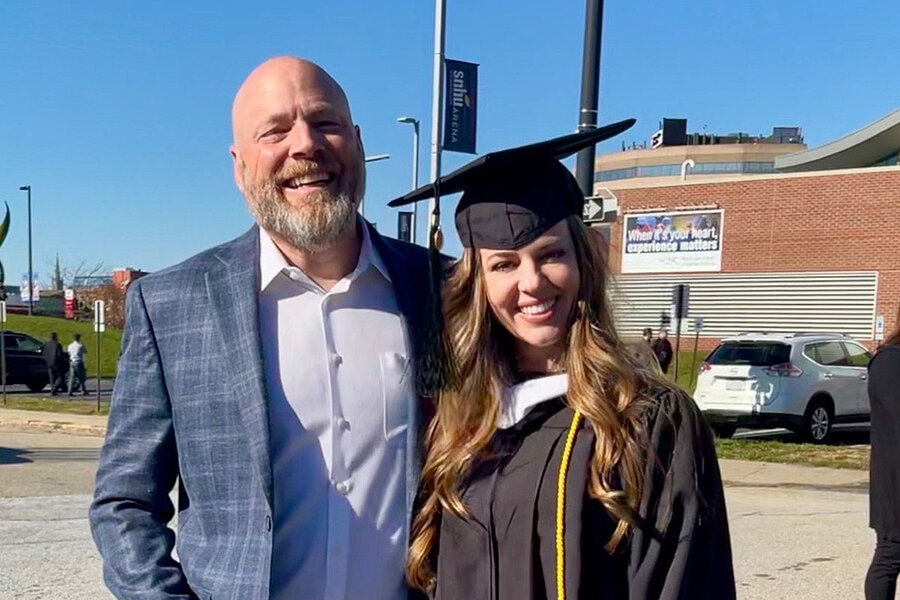