My friends warned me against it: a dog will take over your life. But in the midst of a pandemic, that’s exactly what I wanted.

After months of social isolation, I felt cut off from the norms of basic human connection. Socially distant walks with friends were a short respite from the pain of my aloneness. While I tried to visit with loved ones through Zoom and FaceTime chats, the virtual realm felt unreal to me. And, spending hours teaching remotely each week, I developed chronic headaches from — and consequently a persistent aversion to — the medium. As the pandemic wore on, I felt the distance between myself and others grow.

I ached to live like my coupled friends: inhabiting a space with somebody else. The indefinite COVID-19 quarantines and shutdowns exacerbated my long-term struggle with anxiety and depression. I experienced skin hunger from the prolonged lack of physical touch. Some days, even though I walked in the same vicinity as other people at the supermarket or post office, I felt as if I existed behind a thick pane of glass, an impenetrable partition separating me from the world.

When I was a girl, I begged my parents for a puppy, but they said no. My mother said a puppy was too much responsibility. My father said he was allergic. I asked for a puppy so many times that my father said he’d be my pretend dog.

Due to sexual assault and abuse that I experienced as a child, I spent my young adulthood in self-imposed isolation, fearing closeness, before finally turning to therapy. When I was almost thirty, I was diagnosed with major depression and PTSD. Slowly, I made my way back into the world, embarking on a teaching career and building solid interpersonal relationships.

Now, over a decade later, I found myself in isolation once again. My therapist pointed out that I was presently isolated not because of the effects of my past but for the same reason as everybody else: a deadly, contagious disease. Logically that made sense to me, but as the months turned into many more, my state of being felt near intolerable.

I thought adopting a dog was the answer: he’d bring me back into the world again, if simply by virtue of frequently needing to be taken outside. But my two-dozen dog applications were declined; over the course of three months, adoption coordinators at shelters and rescues told me they had hundreds of people vying for the same pup; unlike pre-pandemic days, now the process was extremely selective. I wanted an adult-aged dog, but couples with kids living in houses with fenced-in yards were favored over someone in my circumstances: a single, mid-forties writer and professor, living in an affordable housing one-bedroom condo in the city.

When an adoption coordinator asked if I’d consider a puppy, I declined the offer at first out of fear of what I imagined was such a pet’s uncontrollable nature. But then I discovered that rescue organizations weren’t as picky about the marital, offspring, or house status of puppy owners, except for the need for stay-at-home time (which wasn’t a problem for me). I knew nothing about raising a puppy, yet I considered that I could learn and that learning could be a distraction from my declining mindset.

When I picked up my puppy from his New England foster home, I felt the way I did the day I left home for college: excited and terrified. He was a three-and-a-half-month old yellow Labrador retriever mix rescued six weeks earlier from under a house in Mississippi. His parents were feral. He had separation anxiety, a wicked intestinal parasite, and a massive ear infection. In the throes of a panic attack in my car, he cried and peed in the backseat. I pulled over, got in beside him, and held him until he fell asleep.

I named him Beau. A sweet, submissive, clumsy puppy, every morning he rolled over for a belly rub. He was content in his crate overnight but couldn’t stand it during the day. I wondered if that was because he’d been shipped in a crate in a transport truck, away from his only familiar environment, to unknown territory across the country.

I enrolled us in puppy training classes to be in community with other dogs and owners but we were kicked out because, in a room full of other puppies, Beau turned into an uncontrollable barking, crying, bucking beast. His behavior triggered memories of my past trauma.

A dog-owner colleague told me that having a puppy meant learning to give up control. I didn’t yet understand that this was different than my experience of having no control as a traumatized child. For a while, I had crying jags every day. I hardly slept or ate. I lost 10 pounds. While driving Beau to the vet, I got into a car accident, the first of my life. The cost of repairs, along with other piling bills, ran my bank account dry.

I had a decision to make. I could give up Beau or I could pull myself together. I already felt quite attached, so I chose the latter. I read books and watched videos on puppy training. I taught Beau to pee and poop outside, to “sit,” “lie down,” “stay,” and “look at me.” He was obedient, very eager to please. He chewed only on his chew toys, and sat on the floor, never on the furniture. In quiet moments, he leaned his head against my shoulder. He let me hug him. His body felt comfortingly human.

Beau’s separation anxiety rendered me housebound: He had a full-blown panic attack if I left the premises and, sometimes, if I simply left the room. I couldn’t leave to check my mail, let alone shop for groceries or participate in the outdoor group fitness classes I’d found as a socially distant means of being with my peers. I didn’t want to admit it, but I felt very anxious and overwhelmed taking care of a puppy by myself. I knew that if I had a partner it would be a lot easier. I’d never felt comfortable asking for help, but now I needed to reach out.

In response, a local friend dropped off a home-cooked meal and offered to watch Beau at her home so that I could go to a doctor’s appointment. Other friends who were dog owners called to offer advice and encouragement, assuring me I wasn’t alone. My canine-loving cousin drove in from out of state, mask on, to meet Beau; keeping at least six feet between us outside, she showed me how to properly walk him on a leash.

Beau drew people closer to me. During our daily walks, my neighbors and passersby grinned and said hello. Cars stopped for us to cross the street (generally unheard of in my area); a few times, men rolled down their windows, shouting, “What a cute puppy!” Despite my separateness, I felt more in the world than I had in a long time.

My friends were correct that adopting a dog would take over my life, but it happened in a healing way. I couldn’t control how much longer the pandemic, and my social isolation, was going to last. But, unlike when I was a child, I had the ability to adopt a dog, to have a companion. My desire to share my living space with someone else grew into an opportunity to take in and take care of a helpless being. Beau needed me to feed him, exercise him, train him ― and, above all, love him. My days no longer felt empty, but had purpose.

I contacted a behavior specialist to discuss how to address Beau’s separation anxiety. The initial step was to help him learn to be more independent while I was at home. The first time I left him in my puppy-proofed living room and took a shower with the bathroom door shut, I anticipated the sound of crying and barking. But instead, when I emerged 10 minutes later, I found him sitting in front of the television, watching “60 Minutes,” his head calmly resting on my ottoman. Next, I began desensitizing him to the sound of my keys and the turn of the front door lock. Now, using a “sit-stay” command, we play a game where I leave for 30 seconds, one minute, two. If he stays and is quiet when I return, he gets a treat.

Slowly, I’m teaching Beau that separation doesn’t mean we’re no longer connected. It doesn’t mean he’s been abandoned. Separation means there’s trust between us, a loving bond that can’t be broken by space or time, but that resides intangibly inside us. I’m learning that’s what it means between humans, too. Eventually, I’ll be able to once again be in the same room with and hug and be hugged by my friends and family, and go out on a real date. While this indefinite time of isolation is very hard, our pandemic predicament isn’t permanent (or at least I sure hope it isn’t).

Recently, I was training Beau to come when called and thought about what my colleague had said about giving up control. I’d purchased the recommended 25-foot leash to be able to reel in Beau from a distance, but when it came time to practice, Beau started chewing through it. Holding the other end of the leash had given me a sense of control, but I could see that control was an illusion. And it was time to let go of that illusion in order to move forward.

In an empty semi-fenced-in field, with some trepidation, I unhooked Beau’s leash from his harness. He bolted. I watched his body move with freedom and speed, with joie de vivre. I had to hold faith that he’d come back to me. After a few seconds, I knelt down and called to him in the distance: “Beau! Beau, come!” To my surprise, he stopped, looked in my direction, and galloped toward me with what appeared to be a smile on his face. I felt my heart swell. I gave him a big treat.

That day, and for many days to come, Beau and I would spend time in the field together, running and playing, the sturdy ground beneath our feet, our spirits uninhibited, putting our trust in each other and the world, in the place we’d always have within it.

Tracy Strauss is the author of “I Just Haven’t Met You Yet: Finding Empowerment in Dating, Love, and Life.” Her essays have appeared in Glamour, Oprah Magazine, New York Magazine, and Ms., among other publications. She teaches writing at the New England Conservatory in Boston.

Do you have a compelling personal story you’d like to see published on HuffPost? Find out what we’re looking for here and send us a pitch!

How to enjoy downtown Houston on a budget

Sat Jan 23 , 2021
It might seem challenging to get out and see our beautiful city on a budget, but if you’re looking to explore downtown Houston on the cheap, have no fear: There are a myriad of affordable activities available in and around downtown. From multiple museums and green spaces like Discovery Green […] 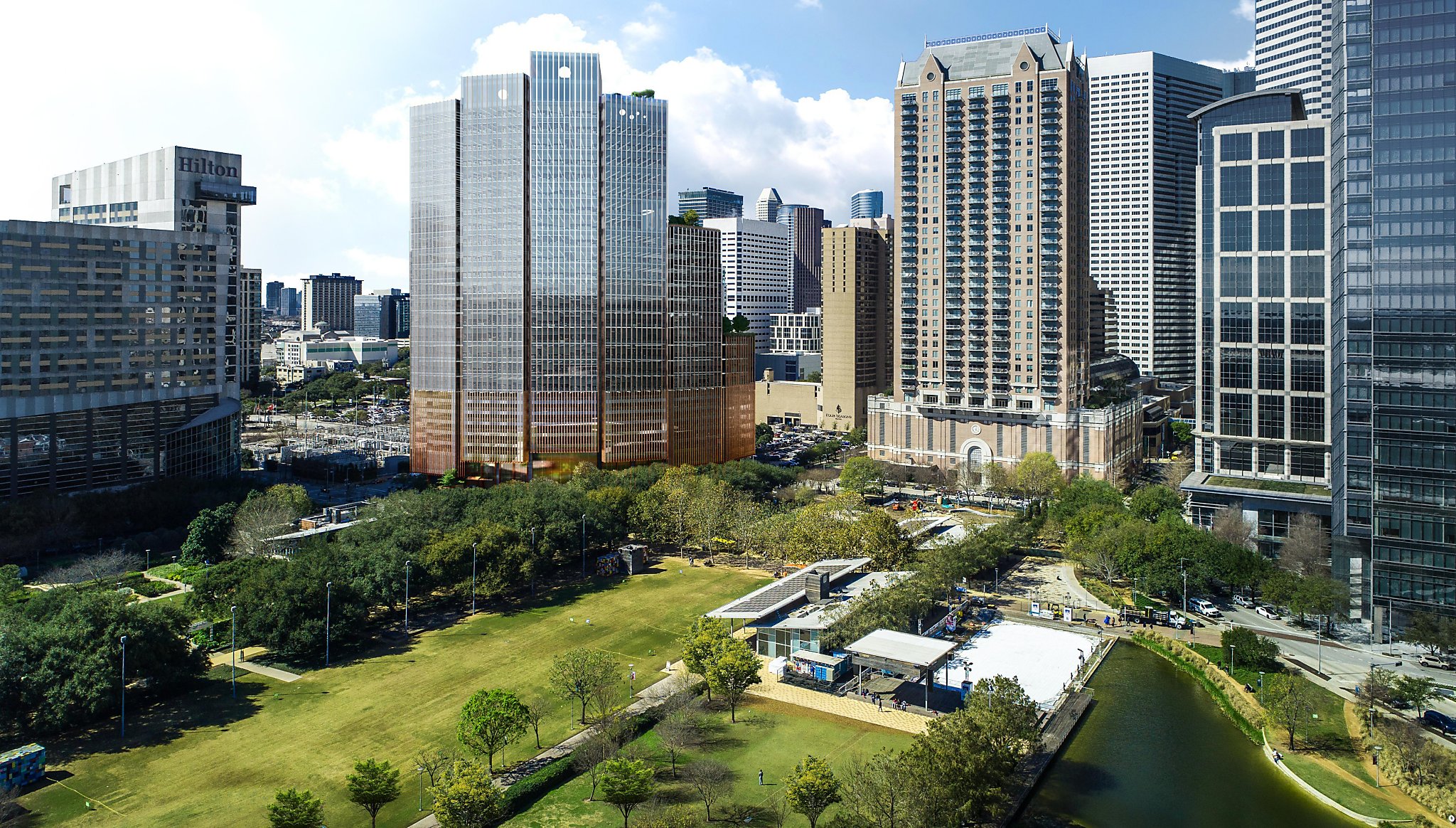