ICYMI: Rhode Island was up to 60,722 confirmed coronavirus cases on Thursday, after adding 1,330 new cases. The overall daily test-positive rate was 8 percent, and the first-time positive rate was 30 percent. The state announced nine more deaths, bringing the total to 1,400. There were 409 people in the hospital.

In Rhode Island, as in other states, the pandemic prompted a surge in mail ballots and early voting, plus legal challenges and flag-waving protests, and the tumultuous campaign season culminated in a record number of voters casting ballots.

So what happens next time? Will the trend continue in the next election cycle, when the pandemic has (hopefully) passed?

Rhode Island Secretary of State Nellie M. Gorbea said early voting is here to stay. This year, Rhode Island voters were able to go to their city or town halls and place ballots in voting machines in the 20 days leading up to Election Day, and that change has been enacted into law.

”I’ve argued for early voting since my first day as secretary of state, and I was thrilled to see it pass,” said Gorbea, who voted early in North Kingstown. “It was incredibly popular.”

Gorbea said she is not planning to send mail ballot applications to all registered voters next time, as she did before the 2020 general election. But she said she wants to give people the opportunity to request mail ballots through the state’s online voter information center.

Also, Gorbea said she would like the General Assembly to permanently get rid of the requirement that voters who use absentee ballots must sign them in the presence of two witnesses or a notary.

She agreed to waive that requirement this year as part of a consent decree in a federal lawsuit brought on behalf of Common Cause Rhode Island and the League of Women Voters of Rhode Island. Her decision prompted a legal challenge by the Republican National Committee and Rhode Island Republicans that made it all the way to the US Supreme Court. But the high court voted 6-3 to reject the GOP challenge.

Gorbea argued that the witness requirement is not needed. “We have other checks and balances to make sure the election is handled with integrity,” she said. “That requirement only serves to make it harder for people to vote at home.”

She noted election officials can check the signature voters must place on mail ballot envelopes, and she noted Rhode Island is one of just five states that conduct risk-limiting audits to check on the validity of election results.

”We showed that making it easier for people to vote can be done while upholding the integrity of the system,” Gorbea said. “You better believe that if there were any credible case of any kind of impropriety, it would have come out by now.”

She said she also wants to continue letting voters check on the status of their mail ballots online once they’ve been submitted.

”If there is silver living to this pandemic, it’s that it has showed us how to make it easier for people to access the ballot box,” Gorbea said. “It shows you that if you make it easy for people to vote, they will vote.”

THE GLOBE IN RHODE ISLAND

⚓ Governor Gina M. Raimondo on Thursday put to rest speculation that she will join President-elect Joe Biden’s Cabinet, saying, “My focus is right here in Rhode Island.” National news outlets had identified her as a top contender to run the US Department of Health and Human Services. But she said, “I am not going to be President-elect Biden’s nominee for HHS secretary.” Read more.

⚓ My colleague Amanda Milkovits reports that Raimondo expects the state to receive the first COVID-19 vaccines by the middle of this month — including 10,000 Pfizer vaccine doses and 19,000 Moderna vaccines. But getting the state’s 1 million residents vaccinated will take months, and the vaccines require two doses. Read more.

⚓ Speculation about Raimondo’s future raised the possibility that Lieutenant Governor Daniel J. McKee would become governor and name his successor in the No. 2 post. And I wrote about how that focused attention on legislation that Representative Arthur J. Corvese plans to re-introduce to allow the General Assembly to fill future lieutenant governor vacancies. Read more.

⚓ Amanda explains what being one of the four states in Pfizer’s COVID-19 vaccine pilot program means for Rhode Island. Read more.

⚓ Like anyone moving out of their home after 50 years, the Pawtucket Red Sox have accumulated a ton of memories, along with a lot of stuff at McCoy Stadium. So on Saturday, the minor league team will be holding a major league “yard sale.” The virtual event will take place on Facebook and Twitter. Read more.

⚓ Diti Kohli reports that The Wilbury Theatre Group is putting on under-the-stars drive-in play, “Constellations,” at the WaterFire Arts Center in Providence from Dec. 3-19. Read more.

⚓ Health: Check out these five graphics that explain how severe the pandemic is right now. Read more.

⚓ Skiing: Winter is coming, and the Globe Magazine is here to explain what you can expect on New England slopes amid the pandemic. Read more.

⚓ Business: The Globe’s Tim Logan reports that despite the pandemic, the life science industry continues to grow in Greater Boston. Read more.

Each day, Rhode Map offers a cheat sheet breaking down what’s happening in Rhode Island. Have an idea? E-mail us at [email protected].

⚓ The Barrington School Committee will meet at 8 a.m. for a discussion with state legislators representing the town, including Representatives Liana M. Cassar and Jason P. Knight, and Senator Cynthia Armour Coyne. The meeting will be held via Zoom.

⚓ The 20th annual North Scituate Village Candlelight Stroll will be held today and Saturday, from 3 to 9 p.m. Strollers are in for some caroling, a visit from Santa and Mrs. Claus, and food trucks. More details here.

⚓ Do you ❤ Rhode Map? Your subscription is what makes it possible. We’ve got a great offer here.

Fri Dec 4 , 2020
It was a million dollar question, posed by a billionaire. “Are you happy doing what you’re doing?” It was kind of a strange thing to ask Zubin Damania in 2009, voiced by his friend, Tony Hsieh. Back then, Damania was nearing a decade on the job as a hospitalist specializing […] 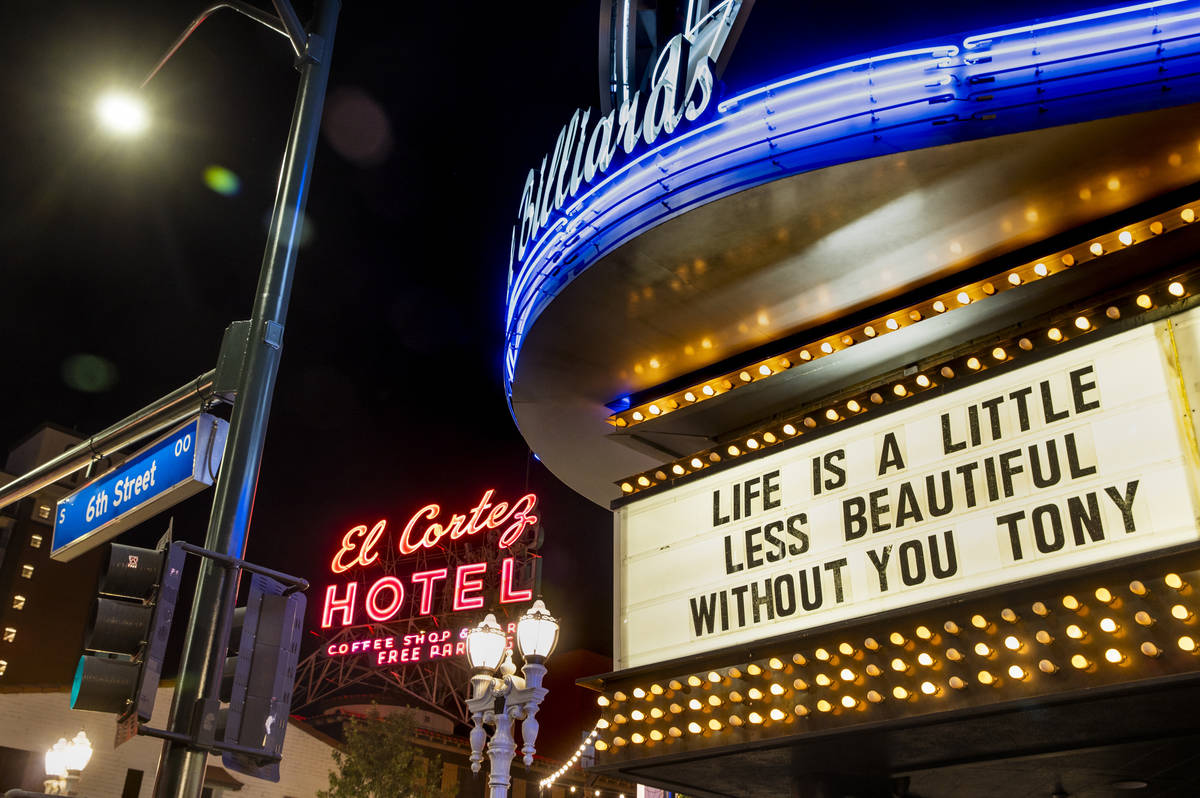