Each year, scientists look to the Southern Hemisphere to get a clue as to how flu season up north might play out. The flu season below the equator, which typically runs June through August, gives us an idea of which strains are circulating and how intense the Northern Hemisphere’s flu season, which usually sees an uptick around early November, could be.

This year, the Southern Hemisphere saw a historically inactive flu season with “virtually no influenza circulation,” according to the Centers for Disease Control and Prevention.

The reason for this, infectious disease experts say, lies in how similarly COVID-19 and the flu are transmitted and, therefore, prevented. The viruses primarily spread in the same ways. Thanks to all the precautions in place for the coronavirus — like mask-wearing, physical distancing, school closures and teleworking — the flu never really struck this year down under, compared to previous flu seasons.

But there are also some key differences in how the viruses spread. And knowing them could help you prevent the transmission of both and also make it easier to determine which one you have if you do get sick.

Here’s how the transmission modes of the two illnesses compare:

Both spread primarily through respiratory droplets.

The main way COVID-19 spreads from person to person is thought to be through large respiratory droplets expelled from an infected person when they exhale, sneeze, cough, etc. If another person inhales enough of those droplets, there’s a solid chance they’ll get sick, too. That’s quite similar to the flu.

Heidi Zapata, a Yale Medicine infectious disease doctor, said influenza spreads primarily through “tiny spitballs that are generated when we talk, laugh, sneeze, cough, sing.” So a face mask — which has been shown to reduce the respiratory droplets a person expels into the surrounding air and potentially inhales — should lower your risk for the flu just as it does with COVID-19.

Airborne transmission is also a player in both illnesses.

There’s evidence of airborne transmission with COVID-19, in which minuscule droplets containing pieces of the virus hang in the air for hours, mainly in poorly ventilated indoor spaces. Unlike the larger droplets that hit the ground within six feet of the person expelling them, these tiny aerosols can travel much farther than six feet indoors.

Elizabeth McGraw, the director of the Center for Infectious Disease Dynamics at Penn State University, said the same has been observed with influenza. A 2018 study of the flu found that simply breathing can generate infectious aerosols that can remain suspended in the air. “It’s the same for the flu ― there’s also potential for it to spread that way,” McGraw said.

Superspreader events can occur with both.

During the coronavirus pandemic, several COVID-19 superspreader events have been reported where an infected person transmitted the virus to others. First, there was the choir practice in Washington state. There was also the wedding in Maine and the Rose Garden gathering at the White House.

The flu can also have superspreader events, noted Linsey Marr, a professor of civil and environmental engineering at Virginia Tech who studies airborne viruses.

Marr said the most famous superspreader example of the flu dates back to 1977 when an Alaska Airlines flight was delayed on the runway for three hours. During that time, the plane’s ventilation system was off, and within 72 hours of the flight, 72% of the passengers got sick with the flu. The outbreak was ultimately linked back to one individual who had boarded with the infection.

“That incident kind of led to greater acceptance of the idea that the flu transmitted through the air,” Marr said.

However, we’ll likely see more superspreader events with COVID-19 because the population has less immunity to the disease, meaning more people in any given room are likely more susceptible to contracting COVID-19 than the flu.

In recent weeks, we’ve learned that approximately 40% to 50% of people infected with COVID-19 have no symptoms yet are contagious, and could be largely responsible for spreading the virus without knowing it.

There’s also a five- to six-day pre-symptomatic period with COVID-19 during which people are thought to be highly contagious, Zapata said.

The flu also spreads via asymptomatic and pre-symptomatic transmission. Estimates suggest that 50% of seasonal flu cases may be asymptomatic.

But there are also key differences between the two illnesses in this area: Where COVID-19 has a lengthy incubation period that can last up to 14 days, the flu’s incubation period is short. Most people begin exhibiting symptoms within three days of contracting influenza, so the window when people can pre-symptomatically spread the virus is much smaller, according to McGraw.

In addition, with the flu, “the viral load, the amount of virus that people carry in their bodies, doesn’t peak until after the symptoms start, so by then hopefully they’re isolating, they feel bad, they’re not out in public,” Marr said.

Because of all this, pre-symptomatic and asymptomatic spread are much more common with COVID-19 than the flu.

A person with COVID-19 usually spreads it to more people.

In general, someone sick with the flu will spread it to an average of 1 to 1.3 other individuals, according to Marr. It varies depending on the type of strain going around (for example, with 2009’s H1N1 strain, there was little population immunity so the flu zipped through communities).

COVID-19 generally spreads to more people, with each infected person passing it to an average of 2 to 2.5 others. In some cases, a person can spread the virus to 10 or more people; other times it’s less.

Marr noted that this isn’t due to the nature of the coronavirus itself but rather to the lack of immunity in the population ― and whether people are taking protective measures, like wearing masks, in the face of a new virus.

“Many of them will have past exposure to flu and have some antibodies that will protect them, so even if they did get exposed, then they’re less likely to get sick. Whereas, COVID, there’s less of that immunity,” McGraw said.

It’s worth noting that epidemiologists are still investigating whether some people may have some immunity to COVID-19 from previous infections with other coronaviruses that cause the common cold.

Both viruses can linger on common surfaces.

Though it was originally thought that surfaces played a huge role in the spread of COVID-19 (driving many of us to wipe down every bag, box and piece of mail), epidemiologists now say surface contamination doesn’t pose a huge risk.

That said, it’s not zero risk. Marr noted that lab experiments have shown both coronavirus and influenza viruses can survive for a while on certain surfaces. So in theory, if enough of the virus is deposited on a surface, someone could touch the surface, pick up enough of the virus and transfer it to their eyes, nose or mouth.

“Surfaces are a potential route. We know it is for the flu,” McGraw said. “I would encourage people to wash their hands and not touch their face and try to keep surfaces clean in shared areas.”

Experts are still learning about COVID-19. The information in this story is what was known or available as of publication, but guidance can change as scientists discover more about the virus. Please check the Centers for Disease Control and Prevention for the most updated recommendations.

Tue Oct 27 , 2020
A man holds up an Indian flag during a rally with President Trump and Prime Minister Modi in Houston in September 2019. Trump and Modi have spoken of their friendship, but most Indian Americans say U.S.-India ties are low on their political priorities. Saul Loeb/AFP via Getty Images hide caption […] 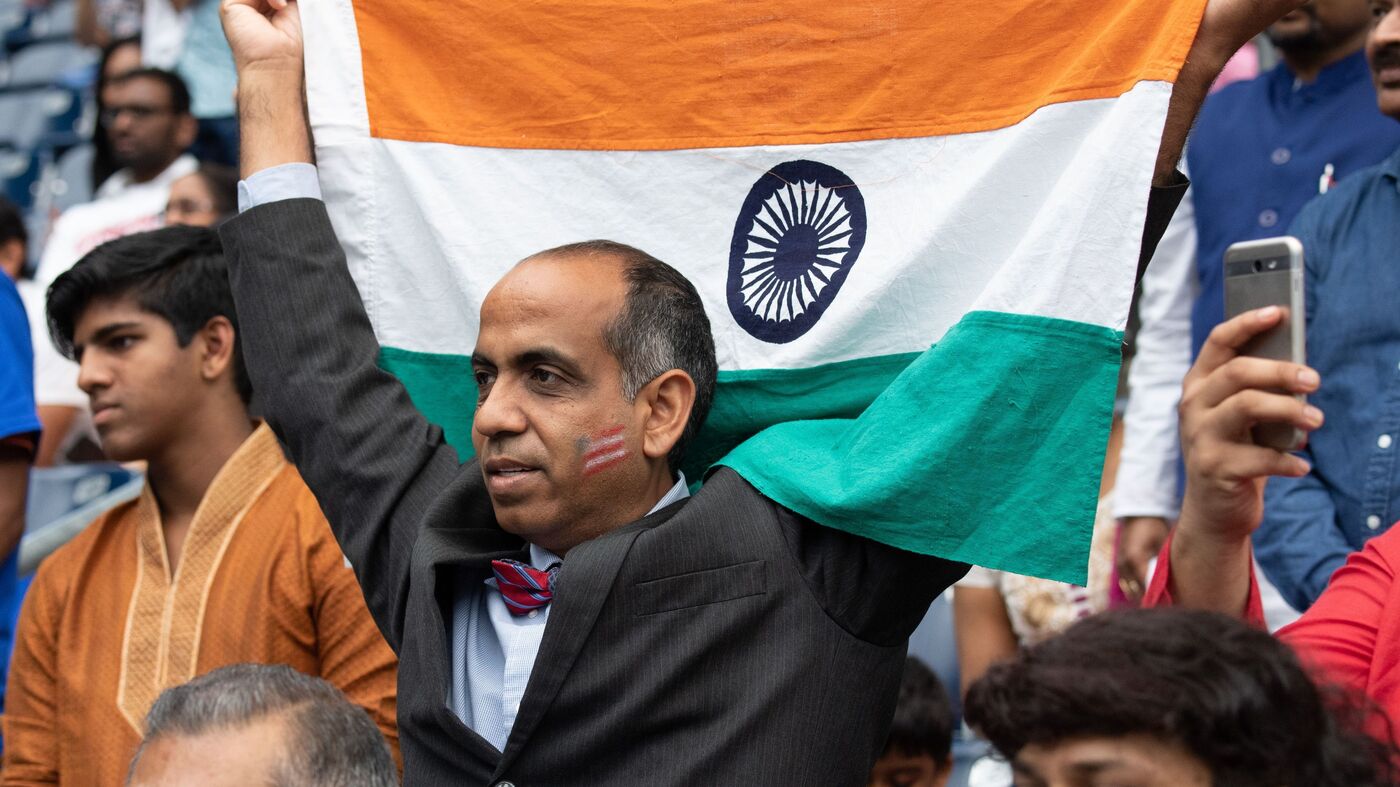