A hospital worker who was a size 5XL and got out of breath when walking to the shops lost 14 stone after suffering a stroke at work. John Schofield felt “disoriented” and started slurring his words while working at Wythenshawe Hospital in Manchester five years ago. The dad-of-four, who was […]

A hospital worker who was a size 5XL and got out of breath when walking to the shops lost 14 stone after suffering a stroke at work.

John Schofield felt “disoriented” and started slurring his words while working at Wythenshawe Hospital in Manchester five years ago.

The dad-of-four, who was 45 at the time, weighed 26 stone, was a size 5XL and was living an unhealthy lifestyle, Manchester Evening News reports.

His diet consisted of pies, pasties, sausage rolls and burgers, and would often skip breakfast and ate pies or scones as snacks in between meals.

It was while working in a cardiology ward at Wythenshawe Hospital when he suffered a stroke.

“Exactly five years ago, I was working at Wythenshawe Hospital when I suddenly felt unwell and colleagues noticed I was slurring my words,” John said.

“I remember feeling disorientated and not registering what was being said around me. As I was at the hospital already, a specialist nurse took my blood pressure and did a quick ECG.

“The results showed I had atrial fibrillation, something I hadn’t been familiar with before then which meant my heart was racing and beating faster than it should have done.”

John, from Eccles, Salford, was referred to a cardiology team and for the next 12 months he reported having clammy skin, and he was still slurring his words.

He had a pacemaker fitted to slow his heart rate, but suffered another disorientating incident at work and had to be rushed to A&E.

“After conducting a CT scan of my head, the radiographer asked me when I’d had a stroke and I remember feeling so shocked as I wasn’t aware I had even had one.

“I realise now the first time I felt unwell and started slurring my words, I experienced a mini stroke – something I thought then only happened to older people.

“It was the wake-up call I needed to make a change.”

“I knew carrying excess weight was putting more strain on my heart and that the pacemaker I’d had fitted wasn’t cheap,” John added.

“I felt if someone had put that much time, effort and expense into making sure I lived, it was time I did my bit to help.”

John now weighs 12 stone and looks unrecognisable after losing half his body weight, and has gone from a 60-inch waist to 30.

At his worst he was taking 10 tablets a day – four in the morning and six at night. He couldn’t go anywhere without his inhaler due to bad asthma.

His chest always felt heavy and his legs and joints ached all the time.

“I wasn’t very active at all and even a short walk to the shop would take me forever and a day,” John said.

“Around that time, I bumped into two school friends in the local supermarket who had both lost weight and looking so much healthier I had to ask how they’d done it.

“They said they’d been going to their local Slimming World group. I’d tried so many weight-loss plans and slimming groups but I hadn’t tried this one so I thought I’ll give it a go.

“I didn’t hold out much hope but weighing 26 stone I was at a loss to know what else I could do.”

Within two weeks of joining, John had lost 15 pounds and began feeling better in himself. He had more energy and was less breathless.

By the end of 2019, two years after joining Slimming World, John had lost over half his body weight, and no longer needed to take medication or use his inhaler.

He said: “I don’t have any aches and pains in my legs, and I’ve got a brand-new wardrobe too after going from size 5XL to medium or small sizes.  I can buy clothes so much more easily, not just from specialist shops or online.

“Now I eat a lot of fruit and I make sure I eat three meals a day. I’ve given up beer which I used to drink every night and I always make sure I have eggs for breakfast as that keeps me going until lunchtime.

“I still enjoy savoury foods like burgers, but I make them myself with lean mince and I’ve found a new love for cooking.  I prep my meals most mornings before work, dicing and cutting veg for that evening’s meal and I’m a big fan of the slow cooker. I’m really proud of my meatball chilli.”

John has been working on the coronavirus frontline at Salford Royal Hospital since February, on the critical care ward and Covid infection control ward.

Due to long hours, and the result of lockdown, John hasn’t been able to attend as many Slimming World meetings as he wanted and his diet has been inconsistent.

“Being on my feet for 13 hour shifts and wearing the PPE, which is like something out of Star Wars, has been a real challenge,” he said.

“During the height of lockdown, I struggled to stay on plan as the panic buying meant empty shelves and my usual ingredients were nowhere to be found.

“Sheer exhaustion saw me forego my good intentions and I soon put on weight again.  My mood was low and working shifts I found it hard to join my group at one of the weekly virtual classes they set up.

“It was all too easy to think if I wasn’t going to get weighed, and without the support of my group, it didn’t matter if I slipped a little, but I soon realised it did!”

“I feel back in control and I’m determined to get back on track by Christmas,” he added.

“I’ve seen first-hand the impact of coronavirus and hearing about the increased risks of being overweight if you contract Covid has made me so relieved I was in good shape this year and also more determined to stay that way.

Sat Nov 28 , 2020
Nintendo Switch Cyber Monday deals arrived a bit early, providing savings on games and accessories for their Switch shortly after Thanksgiving ended. With these Cyber Monday deals, you’ll be gaming for long after your fridge is filled with normal non-holiday food. And, yes, the PS5 and Xbox Series X (and […] 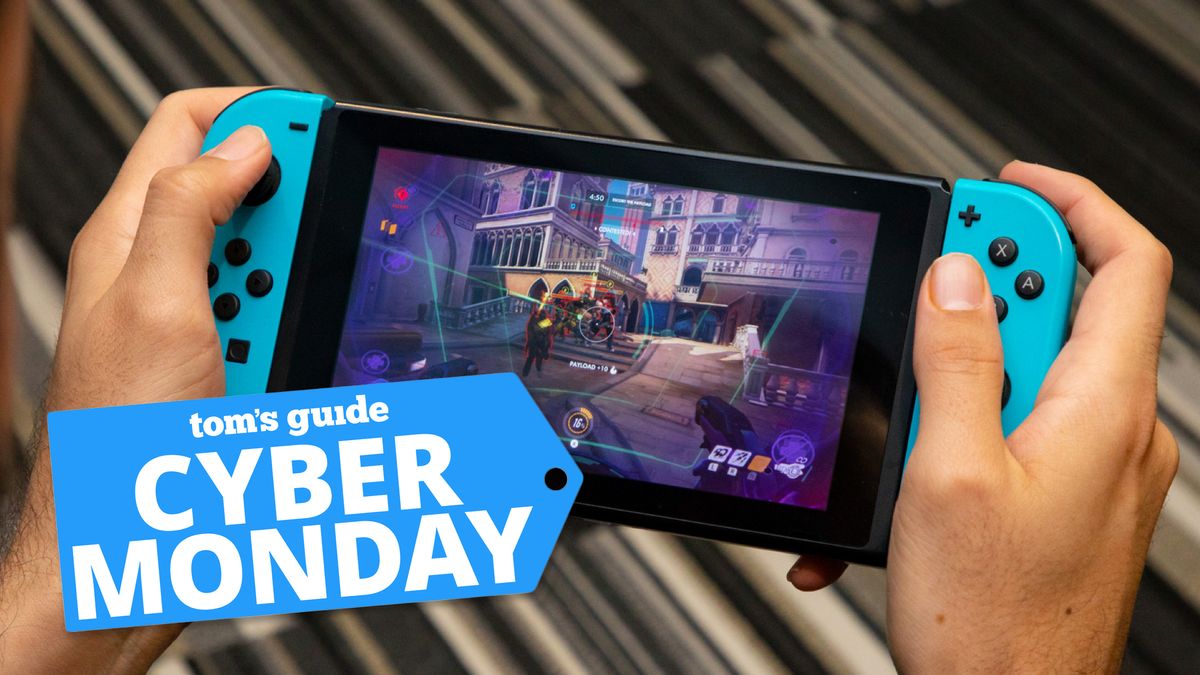