The health department quietly changed the metrics they are using to help school officials determine when to revert to all-online instruction recently. All 15 counties are currently classified as having a “moderate” threat of spread of the virus The original recommendation said that they should consider abandoning in-person instruction if […]

The health department quietly changed the metrics they are using to help school officials determine when to revert to all-online instruction recently.

The original recommendation said that they should consider abandoning in-person instruction if any of the three things being measured move from moderate to “substantial” spread. That includes the number of cases, the percent of tests coming back positive for the virus, and the percentage of hospital visits by people with COVID-like illness.

Two weeks ago, however, the instructions were changed to say that there should be a return to virtual learning only if all three metrics go into the substantial range. That means a spike in cases in a community or county would no longer qualify if, say, hospital visits remain low.

Gov. Doug Ducey said too much was being made of the change.

“These adjustments are just that,” he said. “They are guidance.”

The governor said he understands there are teachers with underlying health conditions who may not want to be in school and parents who don’t want their children in a classroom. He said, though, that should be the exception, not the rule.

“Where it is possible and safe, we want our schools open and we want our kids inside a classroom, with a teacher at the front of the classroom, and them getting the best, safest education possible,” Ducey said.

And the governor said that change was done in consultation with education leaders.

But Chris Kotterman, lobbyist for the Arizona School Boards Association, said the way elected board members around the state found out about it was through the media.

“We weren’t consulted on it,” he said. “We don’t like it when fundamental policy changes that impact the operation of public schools are not communicated clearly.”

The surprise, however, is only part of the problem. Kotterman said school board members “absolutely” see the change as having political overtones.

“There definitely are groups out there that believe that schools should be open and are pressuring their local governing boards to just reopen the schools and everything will be fine if only vulnerable people stay home and all that sort of stuff,” he said. Add to that, Kotterman said, are statements by Trump saying that the closures are “all politics.”

And when the health department suddenly changes the guidelines, he said, board members “tend to assume the worst, unfortunately.”

Late Thursday, state schools chief Kathy Hoffman weighed in, disputing the governor’s contention that she was involved in the decision.

The governor himself said he’s anticipating an increase in cases, pointing out the nationwide trend.

“Arizona is no different,” Ducey said. What is different, he said, is that the state is better prepared.

“We’ve been through this before and we’ve learned what works to combat this virus,” he said. “We’ve had time to prepare.”

Ducey also said Arizona is doing better than a lot of other states, saying that only 12 other states have a lower rate of infection per 100,000 residents in the past seven days. And he said Arizona has the 20th lowest rate of tests for the virus coming back positive.

But the governor omitted one indicator: the effective reproduction rate, a figure he crowed about when in July and August it showed a decrease in spread. As of Thursday, however, it reached 1.16, the highest it has been since June 6.

The more the number is above 1.0, the faster the spread. And the figure puts Arizona among the top 18 states for spread.

Asked about that figure, Ducey brushed it aside.

“There’s a lot of metrics that one looks at as they make decisions around this,” he said. Still, Ducey said he anticipated the increasing spread.

“It’s contagious,” the governor continued. “What we want to do is slow it, contain it to the best of our ability.”

And when there’s a vaccine?

“We will come as close as we can to stopping it, although, if it’s like other viruses, it will likely always be out there,” Ducey said. “It’s just at what level.”

This 100-year-old trailblazer, and her passion for voting, is the Election Day pick-me-up you need

Tue Nov 3 , 2020
Election season amidst a global pandemic have you down? Let this spirited 100-year-old New Jerseyan pick you right back up. Mildred Cooley is a trailblazer, say family and friends. At a time when her male peers went off to the military, Cooley began pursuing a lifelong career in social justice, […] 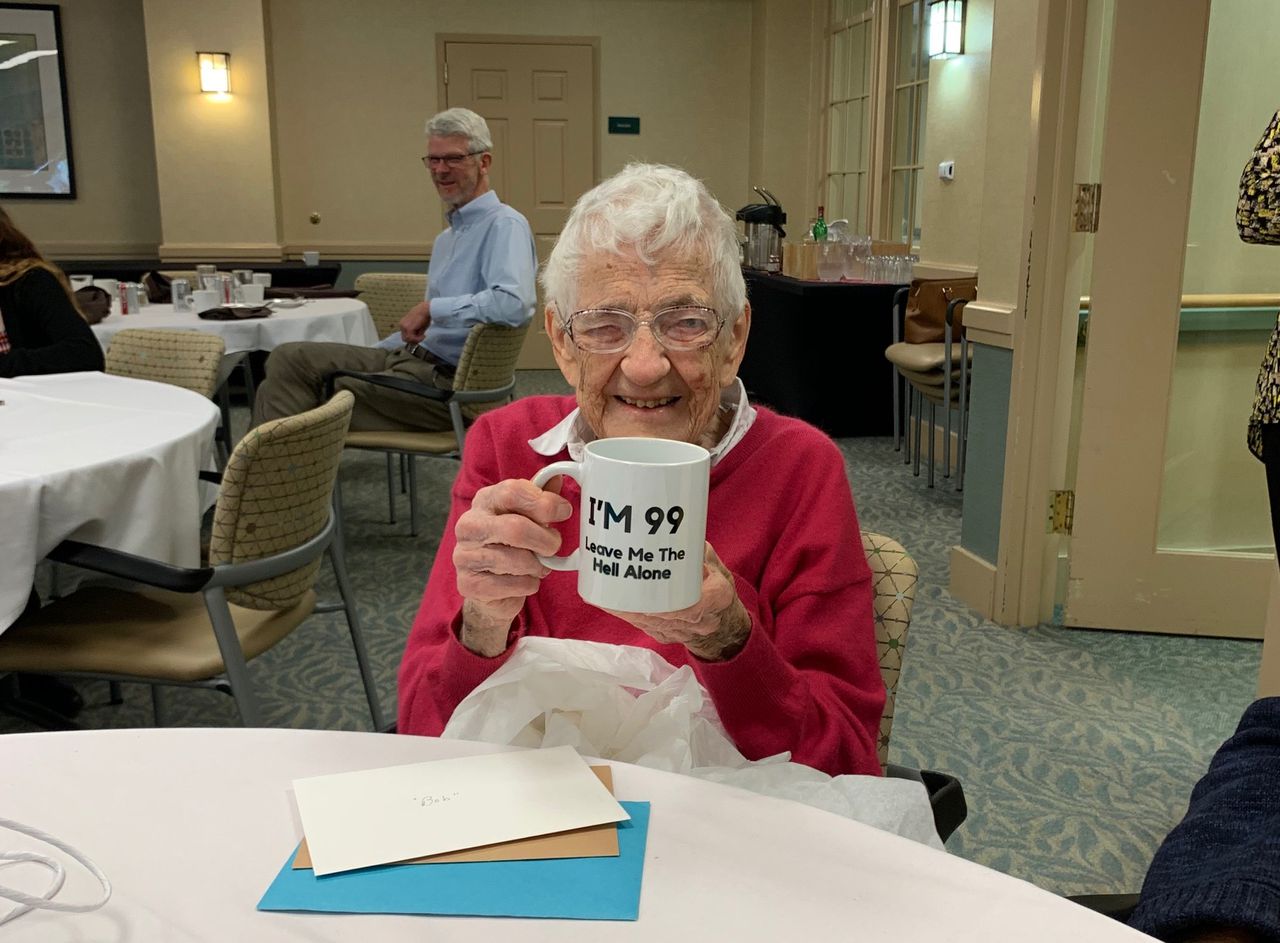